Before Jamie Siminoff sold his Ring doorbell company to Amazon.com (AMZN) for more than $1 billion, he hustled to turn his small company into something bigger. And he’s still thinking like an entrepreneur.


Siminoff, now 44, brought a card table to CES (Consumer Electronics Show) in 2015. He met potential buyers for his then-new product — a doorbell that connected to smartphones and showed who was at the door. The investment paid off.

Ring got into big-box retailers like Walmart (WMT) and Target (TGT). And once in stores, he wanted to hear from consumers. So he put his real email address on every box.

But Siminoff still knows what made him successful and finds ways to stay true even inside a company worth $1.7 trillion.

Siminoff can no longer write to every customer like he used to. The company is too big. So the founder, CEO and “chief inventor” of Ring came up with another way to hear what’s on consumers’ minds.

When people visit the Ring website, they find a quiz. It gamifies the shopping experience, resulting in product suggestions.

Siminoff came up with the quiz to quell a flood of emails from buyers asking which Ring product was right for them. And he knew email wasn’t going to be “scalable for a company our size.” The quiz, he said, is “a perfect solution, especially as we began adding more products and options to our home security lineup.”

Ring has grown considerably since that first video doorbell in 2014, which originally sold for $199, and today can be had for as little as $59. Ring now sells seven types of doorbells, as well as security cameras, security systems and smart lighting. It is a dominant force in the home-monitoring industry that Alphabet (GOOGL) is also angling for.

The Ring doorbell came about in 2011 because Siminoff wanted to know who was at the door when he was working in the garage. He kept missing mail deliveries because he couldn’t hear the doorbell ring from out there.

Siminoff was working on his next act, after selling his first firm, which converted voicemail to text. He sought a doorbell that would connect to his phone. He couldn’t find one, so he decided to build it.

Siminoff went on TV’s “Shark Tank” show to sell what was first called “Doorbot” in 2013. But he found no backers willing to pay what he knew the company was worth.

“I was broke when I went on ‘Shark Tank,’ ” he told Inc. magazine in 2018. Not getting the backing “was hugely disappointing.”

Siminoff adjusted. He changed the name of the product, from Doorbot (“too techie” he said) to Ring. The TV exposure goosed sales. So, he went to CES to get into stores. Ultimately, Siminoff sold the company to Amazon in 2018. But if the offer hadn’t come in, he had been thinking of an initial public offering.

Amazon’s history is to let the original managers continue to run companies it buys.

Siminoff remains an active CEO of Ring. He’s dreaming up new products. Several products are coming later this year with his fingerprints on them. They include a car alarm and a drone that flies around a home checking for activity. Siminoff says little has changed being under the Amazon corporate umbrella.

“The only difference for me and my team is that we’re now able to do so much more and reach so many more neighbors (what he calls customers),” Siminoff said.

Peter Pham, the co-founder of Los Angeles tech incubator Science Inc. and an early investor in Ring, says Siminoff has done “an amazing job” of growing the company inside Amazon. “It feels like they really let him run with Ring and leverage the Amazon infrastructure and reach,” Pham said.

Master The Art Of Brainstorming

One of Siminoff’s recent products, the Ring security camera, started with brainstorming.

“We realized that security doesn’t just end at the front door, it should expand around the home’s perimeter, from the backyard all the way to the driveway,” Siminoff said. “From there we set out to build an alarm system that protects the entire home and changes the way we think about security systems all together.”

Rival products were expensive to install and required monthly subscriptions, he says. That gave Ring an edge as a cheaper alternative.

While Siminoff lists himself as CEO, “I like to say we have hundreds of CEOs at Ring and I encourage everyone to show ownership in whatever they’re doing. … I’m not a micro-manager,” he said.

How does Siminoff focus when there are a million things to tend to in any given week? “First, empower your team to take ownership and make decisions,” he said. “This helps to narrow down the millions of things that you might otherwise have to focus on by decentralizing the decision making process.”

Next? “Identify what you’re great at and where your input is most beneficial. This will help you prioritize meetings where your judgment is uniquely required,” he said. That means saying no to projects better for someone else.

For Siminoff: “I know that inventing, driving our mission forward, and solving problems to allow those two things to happen are what I’m best at — and my calendar is reflective of that.”

Siminoff: Use Travel As Inspiration

Siminoff’s cure for carving private time and clearing his mind is travel, which he calls “one of the best tools” he has an inventor.

“It serves as that ‘don’t bother me’ buffer, and it introduces me to people from various backgrounds, experiences (and) areas of work,” he said. Recent trips include visits to Montana; Nantucket, Mass.; and Missouri, where he owns a farm.

Traveling has been less frequent during the pandemic. “Instead I started blocking ‘keep free’ time on my calendar to serve as a break from the normal day-to-day,” he said.

Siminoff also likes to jog. “I find that running every day is a great way to reset your thinking and separate yourself from the stressors around you. From a return-on-investment side, a run is the most efficient way for me to get back to center,” he said.

Find Guidance From Your Roots

Siminoff grew up in Chester, N.J., and studied entrepreneurship at Babson College in Wellesley, Mass., before moving west.

Siminoff says his dad, who ran a factory that made pipes in New Jersey, was an early inspiration. He “was always someone who worked hard and was very regimented. He certainly taught me that if you want to achieve something, you have to work for it,” Siminoff said.

Siminoff calls Sir James Dyson, the father of a popular vacuum cleaner, one of the all-time greatest inventors. He thinks about the future and inventing to solve customer problems — five to 10 years ahead.

“Not only is he a true inventor, but he also managed to create a globally known brand that customers really believe in. Others can try to copy Dyson products, but they can’t copy James Dyson,” Siminoff said.

Siminoff hopes his enthusiasm for the products rubs off on his employees.

“People want to work for something they believe in, and at Ring, we’re all motivated and inspired by our mission of making neighborhoods safer,” he said.

Teresa and Joe Giudice’s Ups and Downs Over the Years Analysis | Is a major Alaska oil project a ‘carbon bomb’ or a nothingburger?
3 mins ago

Analysis | Is a major Alaska oil project a ‘carbon bomb’ or a nothingburger? 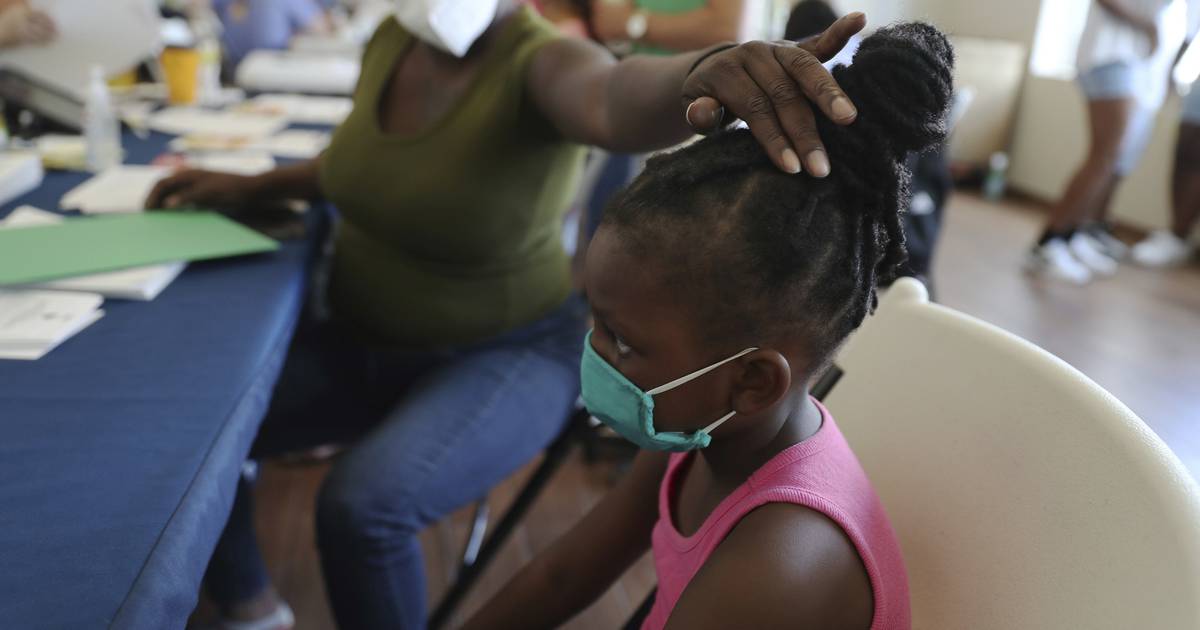