A Delhi court on Tuesday granted bail to climate activist Disha Ravi, arrested on allegations of sedition for sharing a ‘toolkit’ related to the farmers’ protest on social media. The court held that evidence on record was not sufficient to keep a 22-year-old young lady with absolutely no criminal antecedents in custody.

“The offence of sedition cannot be invoked to minister to the wounded vanity of the governments,” said Additional Sessions Judge Dharmender Rana, and opined that citizens are “conscience keepers” of government in any democratic nation and they cannot be put behind bars simply because they choose to disagree with state policies.

In an 18-page order, Judge Rana made some hard hitting observations while terming the evidence produced by the police as scanty and sketchy.

The Bengaluru-based Disha Ravi was released from Tihar jail on Tuesday night, hours after the judge granted bail.

She had been arrested by the Delhi Police’s Cyber Cell from her Bengaluru home on February 13.

The Cyber Cell had lodged a First Information Report against “pro-Khalistan” creators of the “toolkit” for waging a “social, cultural and economic war against the Government of India”.

“Considering the scanty and sketchy evidence available on record, I do not find any palpable reasons to breach the general rule of ‘Bail’ against a 22-year old young lady, with absolutely blemish free criminal antecedents and having firm roots in the society, and send her to jail,” Judge Rana said.

The court said there was nothing on record to establish any direct link between Disha Ravi and pro-Khalistan activists of ‘Poetic Justice Foundation’ (PJF), and also there was not even an iota of evidence brought by the police that connected the perpetrators of the violence on January 26 in Delhi with the PJF or her.

Holding that creation of a WhatsApp group or being editor of an innocuous toolkit was not an offence, it observed that freedom of speech and expression includes the right to seek a global audience and that there are no geographical barriers on communication.

Let noble thoughts come to me from all directions, the judge quoted from Rig Veda, and said this 5,000 year old civilization of ours has never been averse to ideas from varied quarters.

He also reproduced the relevant portions of the toolkit in the order and said its perusal revealed that any call for any kind of violence is conspicuously absent.

Judge Rana granted relief to Disha on a personal bond of Rs 1 lakh and two sureties of the same amount.

The court said the difference of opinion, disagreement, divergence, dissent, or for that matter, even disapprobation, are recognised legitimate tools to infuse objectivity in state policies.

An aware and assertive citizenry, in contradistinction with an indifferent or docile citizenry, is indisputably a sign of a healthy and vibrant democracy, it added.

The right to dissent is firmly enshrined under Article 19 of the Constitution of India. In my considered opinion the freedom of speech and expression includes the right to seek a global audience, the order said.

“There are no geographical barriers on communication. A citizen has the fundamental rights to use the best means of imparting and receiving communication, as long as the same is permissible under the four corners of law and as such have access to audience abroad.”

The court said there is nothing on record to suggest that there was any call, incitement, instigation or exhortation on the part of the accused and the organisations and its associates mentioned by police to foment violence on January 26.

The tractor rally by protesting farmers on Republic Day in the national capital had turned violent.

The court said that since the link with the said toolkit or PJF has not been found to be objectionable, mere deletion of the WhatsApp chat to destroy the evidence linking her with the toolkit and PJF also becomes meaningless.

It said the prosecution has, except for pointing out that accused forwarded the toolkit to climate activist Greta Thunberg, failed to point out as to how the accused gave global audience to ‘secessionist elements’.

The court at the same time said it was conscious of the fact that it was very difficult to collect evidence for the offence of conspiracy.

“I’m also conscious of the fact that the investigation is at a nascent stage and police is in the process of collecting more evidence. However, the investigating agency made a conscious choice to arrest the applicant accused upon the strength of material so far collected and now they cannot be permitted to further restrict the liberty of a citizen on the basis of propitious anticipations,” the judge said.

The court said that conspiracy cannot be proved merely on the basis of inferences which have to be backed by evidence.

It held that any person with dubious credentials may interact with a number of persons during the course of his social intercourse.

As long as the engagement/interaction remains within the four corners of law, people interacting with such persons, ignorantly, innocently or for that matter even fully conscious of their dubious credentials, cannot be painted with the same hue, the court said.

“In the absence of any evidence to the effect that the accused agreedor shared a common purpose to cause violence on January 26, 2021 with the founders of PJF, it cannot be presumed by resorting to surmises or conjectures that she also supported the secessionist tendencies or the violence caused on January 26 simply because she shared a platform with people, who have gathered to oppose the legislation (farm laws).”

The court, however, put various conditions on Disha, including that she shall continue to cooperate with the ongoing investigations and shall join the probe as and when summoned by the investigating officer.

“She shall not leave the country without the permission of the court. She shall scrupulously appear at each and every stage of the proceedings before concerned court so as not to cause any obstruction or delay to its progress.”

Shantanu Muluk, who is an accused along with Disha and Nikita Jacob in the toolkit case, meanwhile, moved a Delhi court seeking anticipatory bail.

Muluk and Jacob are currently on transit bail. 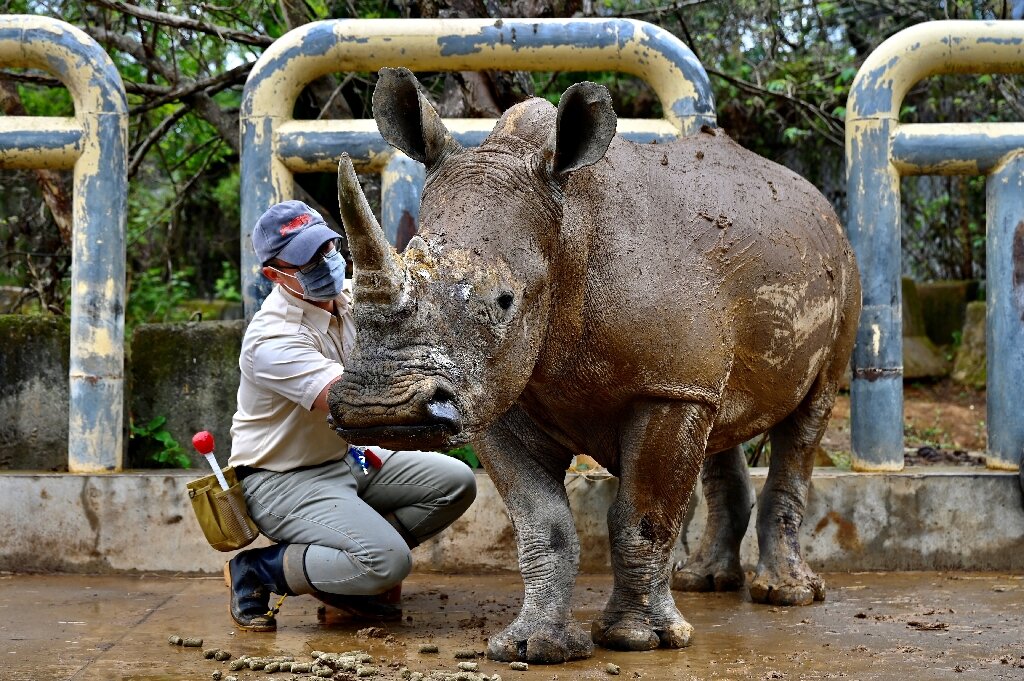 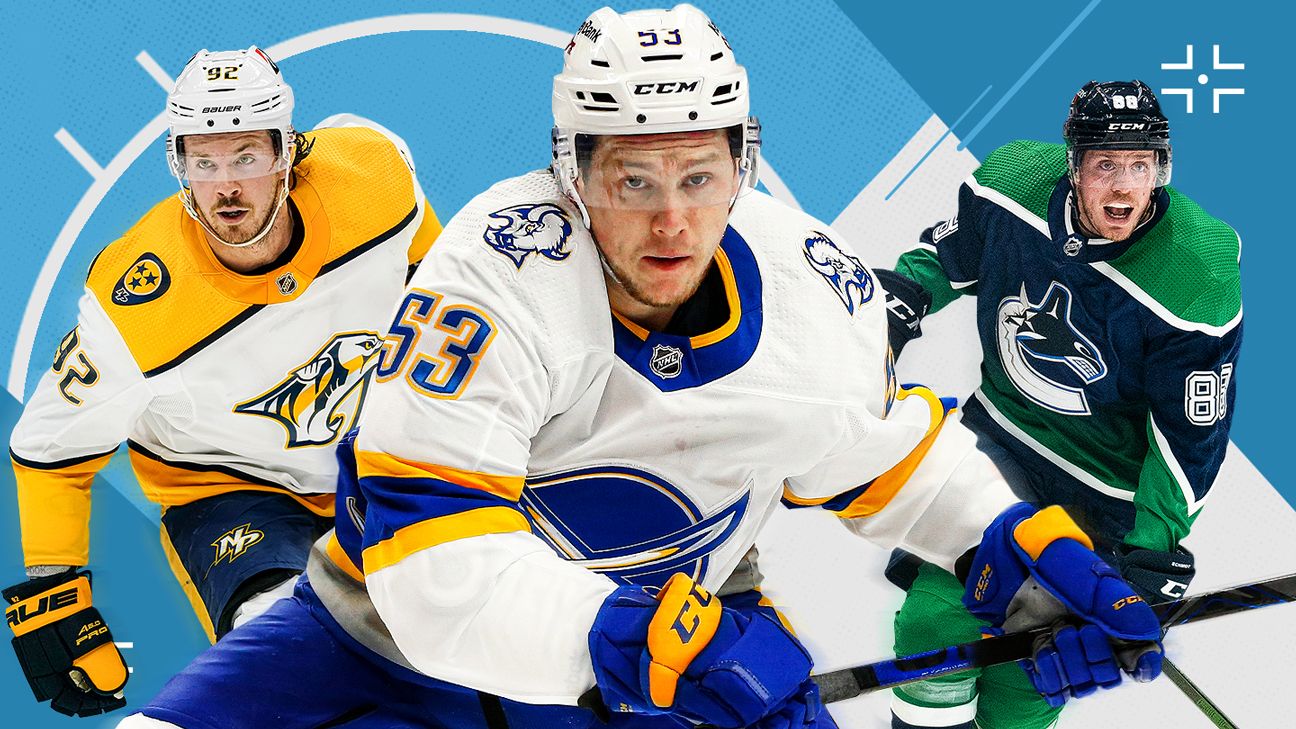 NHL Power Rankings: Key trends for all 31 teams
5 mins ago