The new Land Rover Defender might have inherited its predecessor’s off-road skills, but some still long for the vintage version. As a result, classic Defenders, like several other boxy old-school SUVs, have become premium commodities. Especially the handful of US-market ones imported before safety regulations halted the practice. However, European-market Defenders are now old enough to bring in at more affordable prices. And this week on Cars & Bids, one of these SUVs, a 1987 Land Rover Defender 90, could be yours.

A vintage Land Rover Defender 90 isn’t luxurious, but it is off-road-ready

While the modern two-door Land Rover Defender 90 is a true luxury SUV, the vintage model is decidedly less so. Admittedly, that’s part of its appeal, which is strong enough that Bowler is resurrecting the original Defender design. But what the classic Defender 90 gives up in premium features, it gains in off-road capability.

The Land Rover Defender 90’s roots stretch all the way back to the original 1948 Land Rover, MotorTrend explains. Later called the ‘Series I,’ the Series II replaced it in 1958, with the Series III following in 1972. Then, in 1983, Land Rover introduced the Series III’s eventual replacement, the short-wheelbase 90 and the long-wheelbase 110. It wasn’t until 1990 that Land Rover officially named it ‘Defender,’ to distinguish it from the then-new Discovery.

While the vintage Land Rover Defender 90 isn’t as luxurious as the 2021 model, it is more refined than the earlier ‘Series’ models. It has coil springs rather than leaf springs, a benefit from the contemporary Range Rover. And its interior, while it has “low-grade…trim and widely scattered switchgear,” Car and Driver says, is better than what’s in the Series I and II. Plus, a classic Defender 90 has better soundproofing and comfier seats, Classic & Sports Car notes, as well as one-piece windshields and wind-up windows.

But while the vintage Land Rover Defender 90 might be rough inside, its off-roading equipment isn’t. The SUV has permanent 4WD with a two-speed transfer case, a full-synchromesh five-speed manual, and a locking center differential. Its front disc brakes are servo-assisted, too, and unlike earlier Land Rovers, it has power steering. Combined with its body-on-frame design, there are few places a classic Defender 90 can’t go, Autoweek says.

Technically, the 1987 Land Rover currently listed on Cars & Bids is a ’90,’ rather than a ‘Defender 90.’ But name technicalities aside, it is a left-hand-drive classic Defender imported from Europe, specifically Italy. And European models don’ all have V8s as the US-market ones do.

Instead, this 1987 Defender 90 has a 2.5-liter turbodiesel four-cylinder engine linked to a five-speed manual. With only 85 hp and 150 lb-ft of torque, the diesel Defenders aren’t exactly fast. However, these engines tend to be more durable than the V8s, C&SC says. It’s worth noting, though, that a previous owner swapped out this Defender 90’s original engine for a newer replacement version. According to the service records, the swap occurred in November 2019, and the SUV has traveled less than 8000 miles since.

Apart from the engine swap, this 1987 Land Rover Defender 90 has some notable modifications. It has a bumper-mounted electric winch, Pathfinder all-terrain tires, a suspension lift, headlight and taillight grilles, a snorkel, mudflaps, as well as light bars and front and rear floodlights. And inside, it has recovered leather seats and rear bucket seats. Its red color is also not original.

But this classic Land Rover Defender 90 did get plenty of off-road equipment from the factory. Besides the 4WD and locking differential, it also has side steps, a ladder, and a rear-mounted tire carrier. The SUV has a rear step, too, as well as diamond plate on the front fender and rocker panel. Plus, it has four rear ‘jump’ seats and a hood-mounted spare tire bracket.

Will this vintage 1987 Land Rover Defender 90 be a reliable off-road SUV bargain?

As of this writing, this 1987 Land Rover Defender 90 is listed on Cars & Bids for $11,000 with four days left in the auction. Admittedly, this SUV has a few chips here and there, and the engine swap left two minor indicator lights illuminated. But it’s still about $5000 cheaper than the average fair-condition vintage Defender 90, Hagerty notes. And it’s about one-fifth the price of a ‘NAS’ Defender.

Given Land Rover’s reputation where reliability is concerned, potential bidders might be understandably nervous about this SUV. As always, a pre-purchase inspection is recommended. However, this Defender 90 has several years of service records and several notable new parts. The battery and ignition system were replaced in 2019, and the current owner replaced the radiator, power steering hose, fuel gauge, fuel sender, and fuel tank in 2020.

So, if you’ve been searching for a boxy British off-road SUV of your own, this one might be the bargain you’re after.

All You Need To Know Going Into Trade On September 23

Sticking to low-fat dairy may not be the only heart healthy option, study shows
3 mins ago

Sticking to low-fat dairy may not be the only heart healthy option, study shows 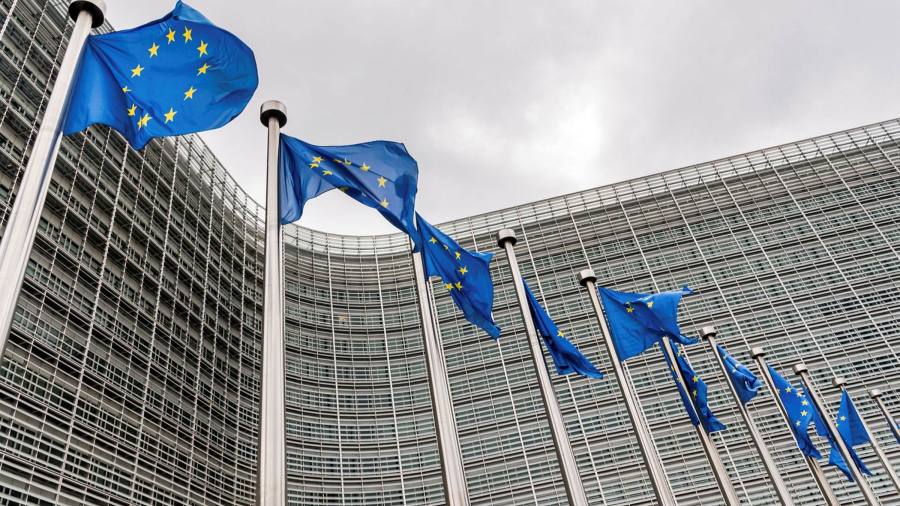 Microsoft unveils Surface Laptop Studio, its most daring Surface yet
8 mins ago

Microsoft unveils Surface Laptop Studio, its most daring Surface yet