The head of German defense contractor Rheinmetall says the company could begin sending Cold War-era Leopard 1 main battle tanks to Ukraine in six weeks if authorities in the country approve the plan. This public statement can only add to the pressure on the German government to green-light this transfer. Germany’s Chancellor Olaf Scholz has reportedly been holding all this up despite growing support for giving the tanks to the Ukrainian military from within his own Social Democratic Party and others in the country’s current coalition government.

If officials in Germany do authorize the transfer of the Leopard 1s, they would join a number of other countries that have recently sent, or announced plans to send, tanks and other armored vehicles to Ukraine. How Ukrainians would be trained to operate or maintain the tanks, and how various necessary supply chains would be established, is unclear. Regardless, this is part of a broader push lately on the part of Ukraine’s international partners to get higher-end weapons into the country, including surface-to-air and anti-ship missiles and artillery systems.

All of this comes as the Russian military increasingly appears to be preparing to launch a reinvigorated offensive to secure various objectives in and around Ukraine’s eastern Donbas region. Over the weekend, commercial satellite imagery provider Maxar Technologies released images showing Russian armored vehicles, artillery, and trucks, stretched along roughly eight miles of road to the east of the Ukrainian city of Kharkiv. The convoy, which could contain hundreds of vehicles in total, appeared to be heading south toward the front lines.

Before getting into the most recent news below, readers of The War Zone can first get up to speed on the current state of conflict in Ukraine here.

WARNING: Some of the updates below contain graphic material.

German newspaper Handelsblatt
published the comments from Rheinmetall CEO Armin Papperger regarding the possible transfer of 50 Leopard 1s to Ukraine earlier today. Papperger said that the first of the tanks could be on their way to Ukraine within six weeks of the transfer getting approved and that it would take around three months for the Ukrainian military to receive all of them.

If the transfer is authorized, Papperger said that the tanks would be sent via Rheinmetall’s Italian subsidiary, Rheinmetall Italia, raising the possibility that the vehicles in question previously belong to the Italian military, which operated Leopard 1s until 2008. The government in Berlin typically places strict controls on the re-transfer of weapon systems of German origin from one foreign country to another. German Defense Minister Christine Lambrecht had also said over the weekend that the country had “now reached a limit” in terms of what it could transfer to Ukraine directly.

How long it might actually take to get this plan in motion is unclear. German Chancellor Olaf Scholz has reportedly been deferring making a final decision on whether to allow the tanks, as well as an unspecified number of German-made Marder infantry fighting vehicles, to go to Ukraine for a number of reasons.

Whether the Leopard 1s are ex-Italian or not, approving a transfer via a third country might ease any political concerns in Germany over such a deal, including fears of a direct backlash from authorities in Russia. Though officials in Germany have insisted that the country is working to wean itself off of Russian-supplied natural gas, this remains a key energy source at present. With that in mind, Germany has approved a number of third-party transfers to Ukraine already, including one involving upgraded ex-East German BMP-1 infantry vehicles from the Czech Republic.

There are separate concerns about how readily Ukrainian forces could actually put Leopard 1s into service after receiving them. The Ukrainian military has no institutional experience operating or maintaining this type of tank nor does it have established supply chains for spare parts or ammunition for their 105mm main guns.

Rheinmetall’s Papperger told Handelsblatt that he believed that Ukrainian personnel with certain unspecified existing skill sets could be trained to operate a Leopard 1 in a timeframe measured in days. “You have to be trained a bit more intensively on the Leopard 1. But if the Ukrainians want the tank, a way should be found,” Marcus Faber, a defense policy spokesperson for Germany’s Free Democratic Party, which is part of the current parliamentary coalition running the country, separately told the newspaper.

In the context of this potential transfer, an old German report comparing the Leopard 1A5 variant to the Soviet T-72M1 tank interesting assessed that the latter design was less well suited to defensive operations. This is something that could certainly be relevant to the Ukrainian military.

Regardless of whether the Ukrainian military ultimately receives any Leopard 1 tanks or not, other countries have steadily announced plans to deliver more substantial military aid packages in the past two weeks or so. Just this weekend, the British government notably confirmed that is working out the details of a transfer of anti-ship missiles to Ukraine, though it has not identified the exact weapon system in question. So far there is nothing to substantiate rumors that British authorities are planning to deliver a shipment of Harpoon anti-ship cruise missiles, or that they may have done so already.

Interestingly, a video clip, seen below, has emerged that appears to show a British-made Martlet missile being employed in the surface-to-air role in Ukraine. Authorities in the United Kingdom had previously confirmed the transfer of Starstreak shoulder-fired surface-to-air missiles, also known as man-portable air-defense systems (MANPADS), to Ukraine, but no deliveries of Martlets have been officially announced. Martlet missiles can be fired from the same hand-held and pedestal-mounted launchers as the Starstreak. Martlet missiles can also be employed against certain maritime threats and other targets on the surface depending on the configuration of the complete weapons system.

The U.S. military is currently looking for ways to train more Ukrainian personnel on the use of Switchblade loitering munitions, also commonly referred to as “suicide drones.” It first emerged four weeks ago that the U.S. government would supply hundreds of these weapons, which you can read more about here, to the Ukrainian armed forces. Over the weekend, the Pentagon disclosed that it had recently trained Ukrainian personnel in the United States to use these drones. The members of Ukraine’s armed forces had been in the country prior to the start of the invasion to attend an unrelated training course at the Naval Small Craft Instruction and Technical Training School (NAVSCIATTS) in Biloxi, Mississippi. U.S. Secretary of Defense Austin spoke to those individuals yesterday ahead of their return to Ukraine.

A senior U.S. defense official said today that there is no evidence that the S-300 long-range surface-to-air missile battery that Slovakia transferred to Ukraine last week has already been destroyed. There had been reports that the S-300 battery had been among the targets destroyed during Russian strikes on the airport serving the southern city of Dnipro over the weekend. Local Ukrainian officials had said the airport was effectively destroyed as a result.

Authorities in Ukraine have been repeatedly asking for additional tanks and other armored vehicles, as well as other higher-end weapon systems in recent weeks. This comes as the Russian military’s primary operational focus has shifted to areas in the east and southeast of the country. Satellite imagery that Maxar technologies released over the weekend of a large Russian convoy, possibly containing hundreds of vehicles moving south toward the front lines in Ukraine’s eastern Donbas, is the latest indication that a new major offensive may be in the works.

The latest assessment of the conflict from the U.K. Ministry of Defence says that Russian forces continue to pound Ukrainian-controlled areas in the Donbas with artillery fire, but that a number of their attacks have been repulsed so far. British officials also warn about the potential that Russia’s units may employ controversial white phosphorus incendiary munitions in their ongoing battle to fully secure Mariupol. That strategic southeastern port city on the Sea of Azov has been under siege for more than a month, but a pocket of Ukrainian resistance continues to hold out. Fully securing this area is a key component of Russia’s larger objective of securing a land bridge to the occupied Crimean Peninsula.

A senior U.S. defense official has said that there are no indications yet that a new Russian offensive in the Donbas is about to kick off, but that some units withdrawn from areas of northern Ukraine do appear to be moving in that direction. That individual also said that there are concerns that Russian forces could employ the same devastating tactics that they have been using in Mariupol against other Ukrainian cities.

There are also indications that some of Russia’s battalion tactical groups have been rendered entirely combat ineffective as a result of the fighting so far.

Heavy fighting in eastern Ukraine is certainly continuing. Thousands of civilians have evacuated from this portion of the country already. Ukrainian authorities say that some 160,000 people have now fled the city of Kramatorsk, specifically. A Russian missile strike last week on the railway station there, which has been an evacuation hub, killed at least 57 people, including five children, and injured 114 more.

Russian forces have now launched more than 1,500 ballistic and cruise missiles at Ukrainian targets since the invasion began, according to the U.S. military. New pictures have emerged showing Kh-35U anti-ship cruise missiles, one of the types of missiles Russia has been employing in the conflict, with slogans written on them. Given that Ukrainian warships have been effectively a non-factor in the fighting so far, Russian forces may be using these weapons in a secondary land-attack role, as they have with other anti-ship cruise missiles.

The video below reportedly shows a mobile ground control system for the Turkish-made Bayraktar TB2 armed drone on the move in Ukraine’s southwestern Odesa region.

The picture and video below show the wreckage of another Russian helicopter shot down in Ukraine. This Mi-8MTSh Hip was reportedly destroyed on March 4.

The video clip below shows what appears to be a member of Ukraine’s armed forces engaging an aircraft with a MANPADS while under air attack.

The video in the Tweet below shows Georgian volunteers in Ukraine armed with a variety of weapons, including Javelin and NLAW anti-tank guided missiles and a Stinger MANPADS. You can read more about all of these shoulder-fired missiles here.

The video below gives a sense of the remnants of war that Ukraine will have spent significant effort cleaning up across the country whenever the current conflict comes to an end.

Austrian Chancellor Karl Nehammer says he will meet with Russian President Vladimir Putin in Moscow today. Nehammer would be the first Western leader to meet with Putin since Russia’s invasion of Ukraine began in February. The Austrian leader recently met with Ukrainian President Volodymyr Zelensky in Kyiv. A number of European leaders have now made that trip.

We will continue to update this post with new information until we state otherwise. 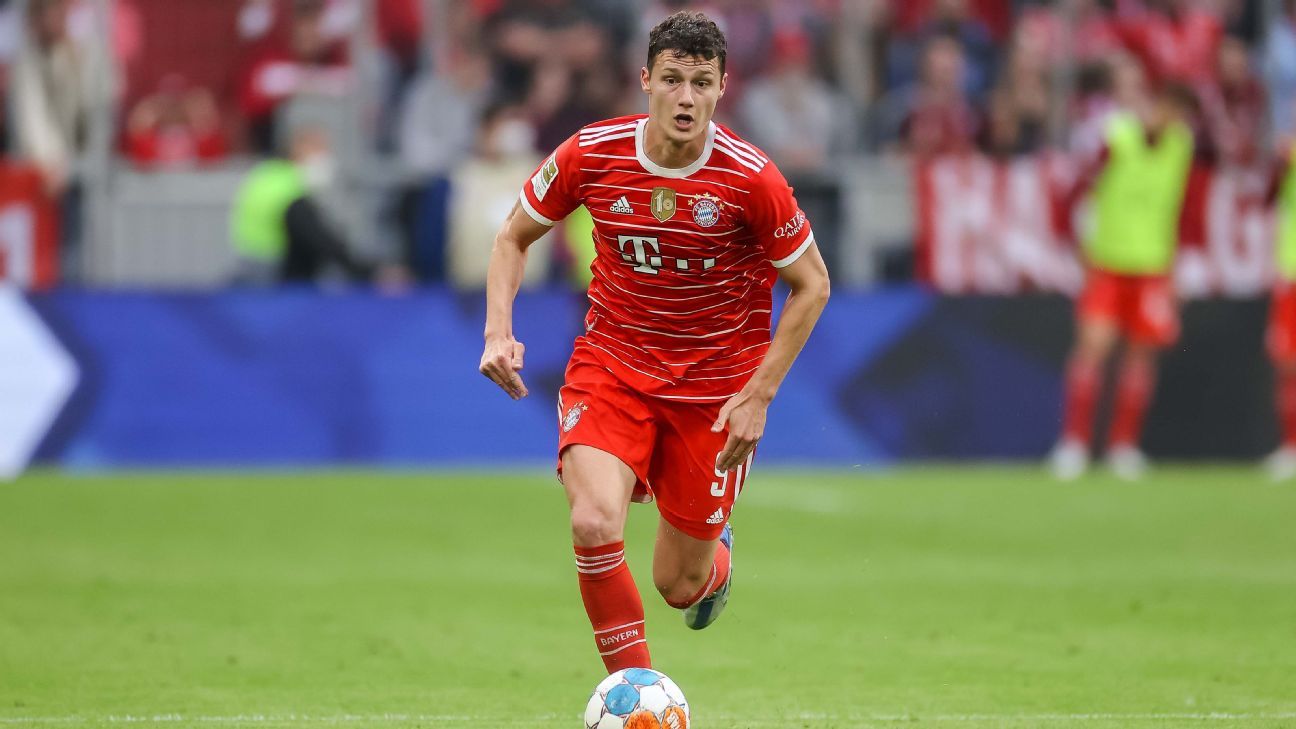 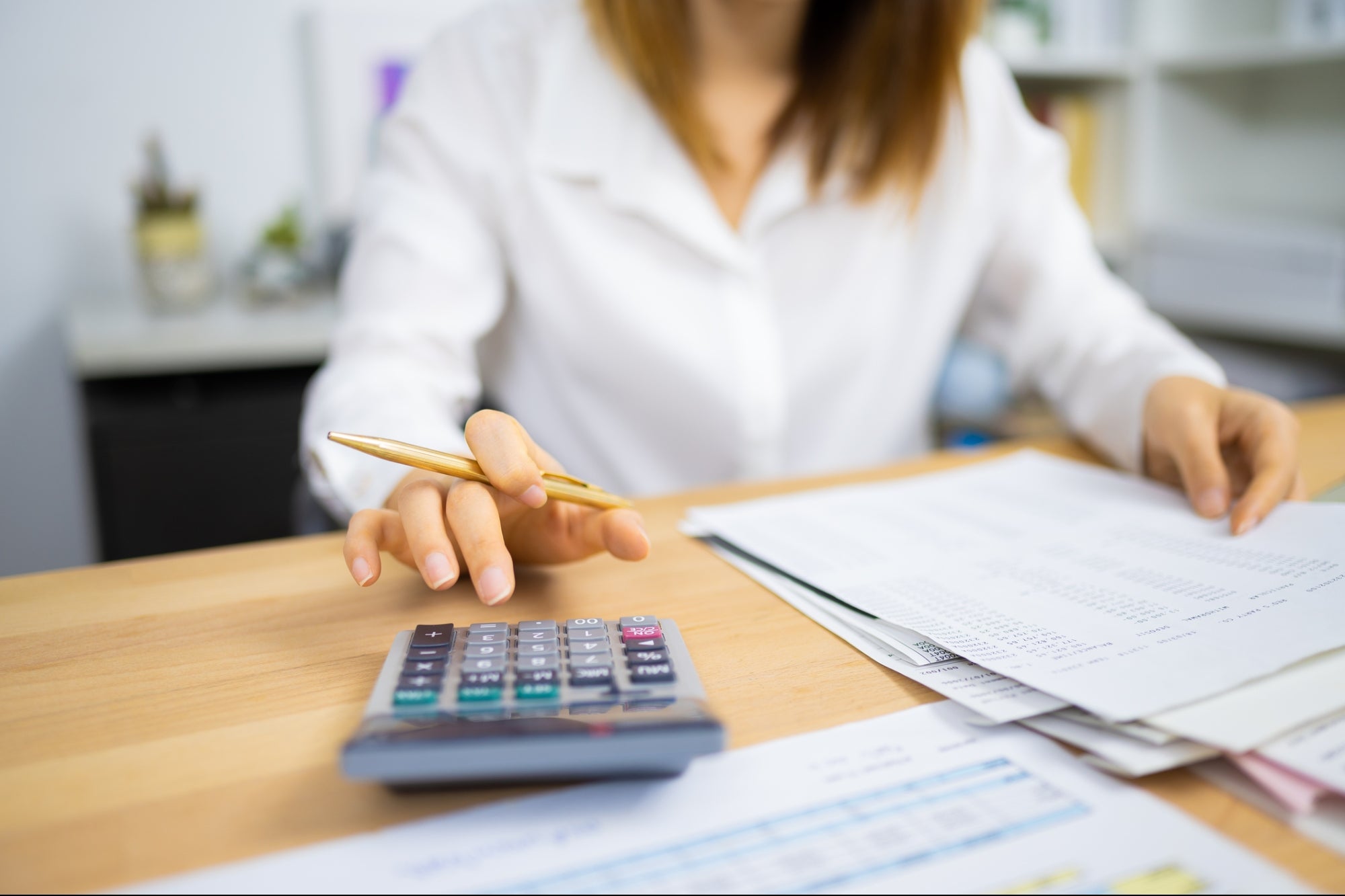 Invest in Yourself With a Financial Services Franchise
5 mins ago