Idris Elba admits he told his wife Sabrina that if she didn’t like his explosive temper she could either lump it or leave.

The Wire star and Bond frontrunner confessed his harsh ultimatum as he revealed the pair clashed at the start of their romance, before deciding to give it a go by marrying in Morocco two years ago.

He met his wife while filming 2017 flick The Mountain Between Us.

And the Luther actor-turned-DJ was happy to unveil his own and his relationship’s flaws — blaming ‘strong personalities’ for bringing out the worst.

‘Sabrina and I, very early in our relationship I was very stressed so I had these massive anger tantrums that were like explosions,’ the 48-year-old said.

He added the 31-year-old Canadian beauty queen was shocked — and asked him: ‘Who are you?’

But Elba wasn’t willing to try to change. ‘I was always the first to say, “Hey, if you’re not happy, leave. Move.” It was kind of like a male instinct,’ he shared as the pair decided to thrash out their problems in public on their Coupledom podcast.

Londoner Elba, once voted sexiest man alive, also complained he never gets a thanks from his wife when he doesn’t row with her.

‘Sabrina and I both have strong personalities and typically it’s Sabrina who says, “Look, I don’t want to fight,” ’ he said. ‘I’ve been getting better at it recently but when I do it, I get nothing back. When she does it, I go, “Thank you”.’

The pair suffered Covid-19 together — but the Cats actor insisted their relationship is not sick.

‘It was a challenging year, but ultimately, when you look to the side and you’ve got someone that’s been there, ride or die, that’s really comforting.’

Annie really was up Schitt’s Creek in depression battle

She induced giggles as ditzy society girl Alexis Rose in Schitt’s Creek — but behind the scenes Annie Murphy has had to be scraped off the floor with depression.

The Canadian sitcom star said on the surface she may have it all, but she almost had to quit her job as she battled mental health issues.

Her struggle struck in the pandemic, as she moved back in with her family when new show Kevin Can F*** Himself was delayed.

‘My mom was like, “You’re crying 12 times a day hysterically, to the point where your teeth are chattering. That’s not normal,” ’ revealed the 34-year-old.

Annie was diagnosed with depression -but at first felt too embarrassed to talk about it because of her privileged position.

‘A lot of people are going to think that I sound like I’m playing a tiny violin for myself,’ she said.

‘“Oh, you’re rich and famous. Why the f*** are you sad? You have nothing to be sad about.” ’ She added: ‘But I’m not going to post photos of me covered in my own snot, lying on the floor, unable to get up. I don’t want people to have to see that.’

And Annie confessed that if filming on Kevin Can F*** Himself had started on time, she might have had to pull out.

‘I do not think if I had gone to work when I was supposed to go to work, I would have been able to do my job,’ she said.

Now, she is helped by antidepressants and therapy. She told The Zoe Report: ‘I do not cry every single day on the floor 12 times… I am able to focus on other things in my life. Now, honestly, if a friend’s like, “I’m having a really hard time,” I’m like, “Get on drugs. Get on drugs!”

‘You don’t have to be on drugs for the whole time, but they truly, truly saved my life in the sense that I was able to be a functional human being.’

James Arthur has a trick to halt his panic attacks — and it’s not to be sniffed at.

The Say You Won’t Let Go singer, 33, revealed smelling something can fight the experience.

‘When it’s got a hold of you, it’s a very hard thing to centre yourself in your head.

‘Another thing I’ve been told is to find a smell or a taste to try and get a grip on reality, find something that brings you back to now.’ The X Factor winner is gearing up to drop new album It’ll All Make Sense In The End.

Don’t get Dead excited about Ryan on TikTok…

Ryan Reynolds warned fans not to expect much from his TikTok debut — before showing even his hero alter-ego is a fan of his footie team.

The Deadpool star, 44, who recently brought Welsh club Wrexham AFC, said: ‘I swear you will be disappointed by this account.’

He then shared a clip of himself in Deadpool make-up — using a filter to make it seem he was wearing a Wrexham shirt.

That’s amore for Harry Styles — he has whisked girlfriend Olivia Wilde off to Tuscany for a romantic getaway to celebrate six months together.

The couple were spotted enjoying a stroll down the street after Olivia flew in to join beau Harry at Porto Ercole.

The 27-year-old Watermelon Sugar singer had his arm around the US director and actress, who is ten years older than him.

Olivia and Harry fell for each other while she was directing him in film Don’t Worry Darling, and have attended friends’ weddings together after the romance came to light in January.

But the pair have struggled to match schedules — as Styles has been in Brighton shooting a new role as a bisexual cop in My Policeman, while Wilde has been in London looking after her two kids Otis, seven, and Daisy, four, by her ex-fiancé Jason Sudeikis. 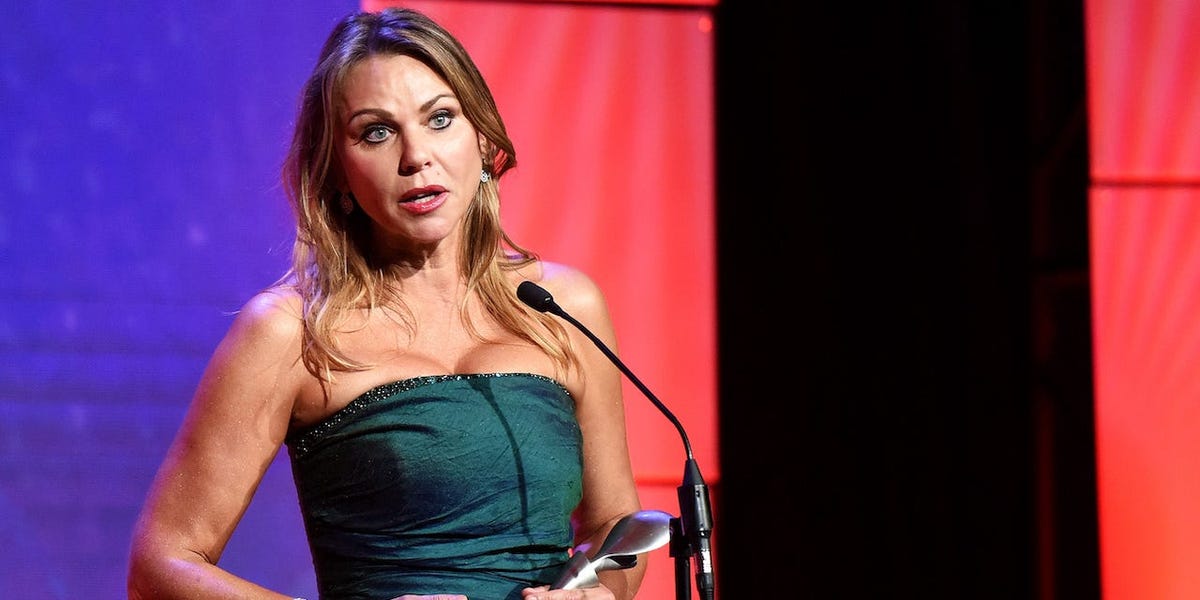 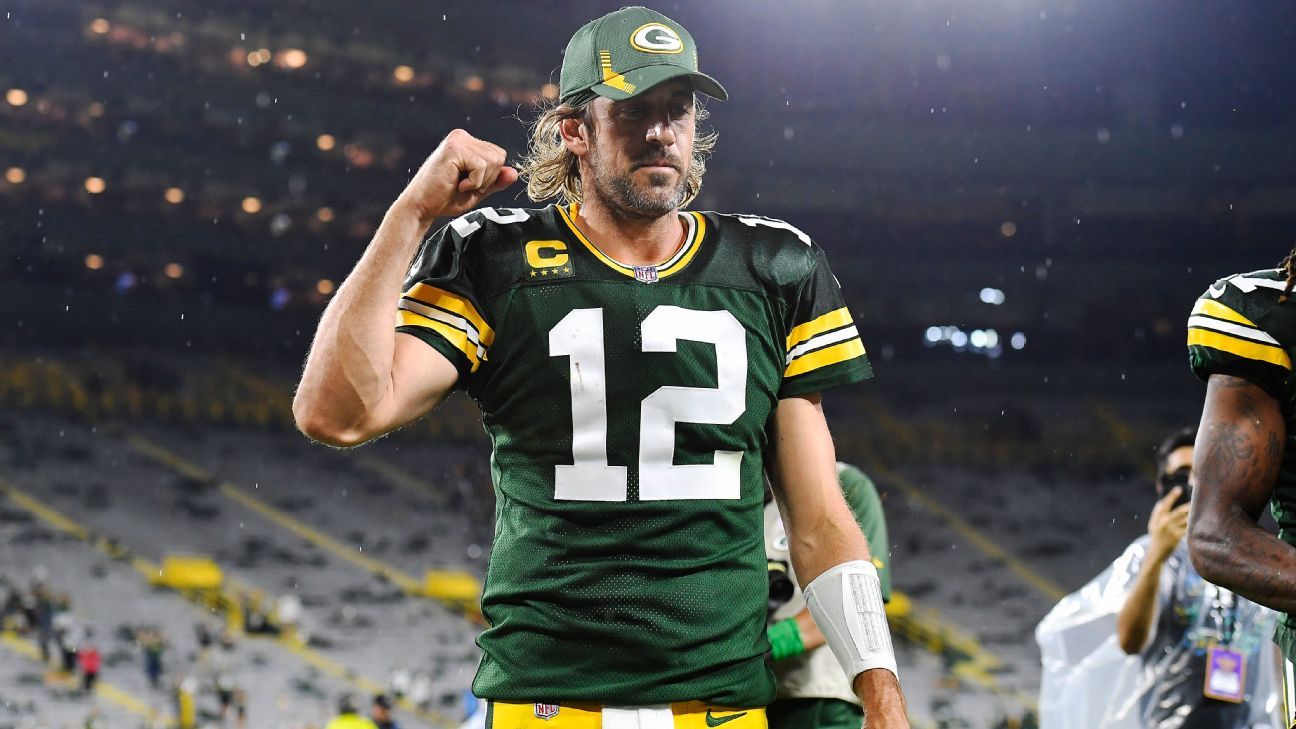 Rodgers: Nice to get ‘trolls off our back’ for a week
1 min ago

Rodgers: Nice to get ‘trolls off our back’ for a week

How to Create the Right Culture for Disruption to Occur