This story originally appeared on StockNews

Cathie Wood is betting on technology companies with disruptive innovations that are expected to kick start the fourth industrial revolution globally. Given the market’s current high volatility, Wood has hedged a portion of her portfolio through investments in large-cap tech stocks with impressive performance histories, namely Facebook, Inc. (FB), Netflix, Inc. (NFLX), and Baidu Inc. (BIDU). Read on to learn why these stocks could be solid bets now.

Cathie Wood has been betting on the evolution of technology since 2014 through her flagship Ark Next Generation Internet ETF (ARKW). At least 80% of the fund’s assets are invested in companies that have direct exposure to cloud computing, e-commerce, artificial intelligence and blockchain technology. The actively managed ETF was one of the most profitable Ark ETFs in 2020. The ETF gained 183.3% over the past year. As one of the most profitable investors this century, Wood places great substantial importance on to large-cap companies with immense market reach.

With the internet and technology impacting most industries, companies in this space have outperformed  large-cap companies in general over the past year. This is evidenced by  the Nasdaq Composite’s 63.7% gains over the past year compared to S&P 500’s 48.8% returns over this period. Technology (or internet) giants Facebook, Inc. (FB), Netflix, Inc. (NFLX), and Baidu Inc. (BIDU) are among  Wood’s top picks to capitalize on the impending technology revolution. We think their solid fundamentals and industry tailwinds make these stocks good bets for individual investors also.

As the world’s biggest social media platform, FB is known for its aggressive acquisition strategies and is the owner of some of the most popular communication and media platforms. Wood owns 310,465 shares of FB, which translates  to a 0.21% weighting . Wood has been consolidating her holdings in the stock to Ark Fintech Innovation ETF (ARKW). She recently closed her position in the stock in Ark Next Generation Internet ETF (ARKF). Wood  has a marginal stake of 0.01% in FB.

FB’s consolidated social media platform, which includes  Instagram and communications platform Whatsapp, were the major contributors driving the company’s growth over the past year. With most businesses shifting online, FB’s advertising segment grew significantly over the past year. The company has been venturing into augmented and virtual reality, commerce and creator sectors through aggressive investments and research and development. These developments are expected to shape FB’s performance in the months to come.

A $2.81 consensus EPS estimate  for the second quarter, ending June 2021, indicates a 56.1% rise year-over-year. FB has an impressive earnings surprise history; it beat the Street’s EPS estimates in each of the trailing four quarters. Analysts expect the company’s revenues to rise 57.2% from the same period last year to $27.35 billion for  the current  quarter.

It’s no surprise that FB has an overall B rating, which equates to Buy in our proprietary POWR Ratings system. The POWR Ratings are calculated considering 118 different factors, with each factor weighted to an optimal degree.

The stock has an A grade for Quality and Sentiment. Of the 71 stocks in the Internet industry, FB is ranked #5. In addition to what we’ve highlighted, one  can check out FB Ratings for Growth, Momentum, Value, and Stability here.

NLFX is the largest streaming and entertainment platform in the world, with 208 million subscribers. The company climbed 33 spots within one year and is ranked #164 in the 2020 Fortune 500 list. The investor favorite FAANG stock is ranked #9 in Fortune’s “World’s most admired companies” list, and #5 in the 100 fastest growing companies. Wood  has been investing in NFLX through ETFs ARKW and ARKX and has a combined holding of 202,918 shares. The stock has a combined 0.21% weighting in the funds, translating to a #97 weighted rank.

NFLX expects its free cash flow to break even in 2021, thereby eliminating the need to borrowing for  its working capital needs. The company redeemed its senior bond expiring February 2021 in the fiscal first quarter, shrinking its total debt to $15.70 billion. These developments combined should reduce the company’s debt and interest burden significantly.

NFLX approved a $5 billion share buyback program this year. This should increase the company’s EPS substantially in the coming months.

NFLX’s POWR ratings reflect this promising outlook. The stock has an overall B rating, which equates to Buy in our proprietary rating system. It has a B grade for Sentiment and Quality also. It is ranked #9 in the Internet industry.

In total, we rate NFLX on eight different levels. Beyond what we’ve stated above, one  can view additional NFLX Ratings for Growth, Value, Momentum, and Stability here.

BIDU is often called  China’s “Google” because  the internet search provider dominates the world’s most populous country. The company has been expanding its operations into artificial intelligence, cloud computing and autonomous driving for  some time. Its immense market reach and growth potential presumably attracted  Wood, who held approximately 4.50 million BIDU shares as of April 30. The stock has a combined 2.06% weighting  across ARKK, ARKW, and ARKQ, translating to a #9 weighted rank across all funds. Wood  has a 1.76% stake in the company.

BIDU’s revenues were  $4.64 billion for the fourth quarter, ended December 31, up 5% year-over-year. Its non-GAAP operating income rose 4% from the same period last year to $1.08 billion, while its adjusted EBITDA improved 5% from the year-ago value to $1.31 billion.

Last month,  BIDU announced a global offering of 95 million shares, raising approximately HK$23.94 billion. The company plans to use the proceeds for research and development on innovative technologies and commercialization of its artificial intelligence innovations.

Analysts expect BIDU’s EPS to rise 33.3% year-over-year to $1.68 in the about-to-be-reported quarter, ended March 2021. Also, the  company beat the consensus EPS estimates in each of the trailing four quarters. A $4.21 billion consensus revenue estimate for the fiscal first quarter indicates a 30.7% rise from the year-ago value.

BIDU has an overall B rating, which equates to Buy in our POWR Ratings system. The stock has a B grade for Growth and Value. Furthermore,  it is ranked #9 of 79 stocks in the China group.

We have also graded BIDU for Momentum, Sentiment, Stability, and Quality. Get all BIDU Ratings here.

Click here to check out our Software Industry Report for 2021

About the Author: Aditi Ganguly

Aditi is an experienced content developer and financial writer who is passionate about helping investors understand the do’s and don’ts of investing. She has a keen interest in the stock market and has a fundamental approach when analyzing equities. 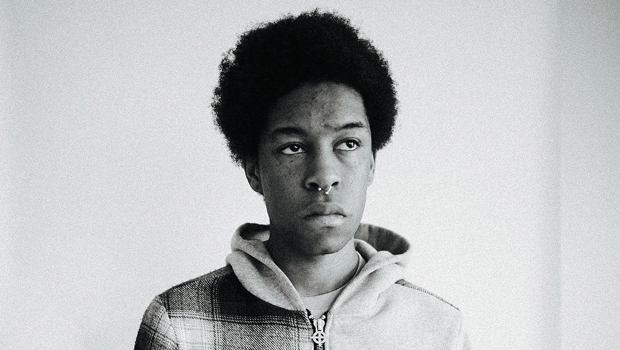 We can 3D-print wood now
4 mins ago

When attacks on science threaten our survival
9 mins ago