The best performer on Wednesday was the which rebounded towards 15200 while we have made a large catch with our long entry at 15020 that ended with a 100-points profit.

Today the focus turns to the and the Bank of England’s monetary policy . Some investors expect the central bank to slow the pace of bond purchases by a small amount instead of ending the stimulus abruptly in November. Policy makers are also expected to upgrade forecasts for growth and inflation today.

The pound will rally if the BoE tapers more drastically than currently expected. However, a slowdown in the pace of purchases could probably not have the same impact as the tightening seen by the Bank of Canada last month but it will be important to know whether rate hike expectations are being brought forward and whether there is still a likelihood of a further total envelope or not as the UK economy rebounds sharply from pandemic lows. If the BoE disappoints the market’s hawkish expectations, the pound could fall below 1.38.

The cable remained in a narrow trading range ahead of today’s risk event and we expect some larger movement around the BoE decision. Above 1.3915 we see a next resistance at 1.3950 which needs to be broken before shifting the focus to 1.40 again. A bullish breakout above 1.4010 could result in a strong bullish move towards 1.42. On the downside we will keep an eye on the support levels. A break below 1.38 could lead to a test of 1.3770, followed by a lower target at 1.37. Below 1.3660 the pound could extend its slide towards 1.3550. 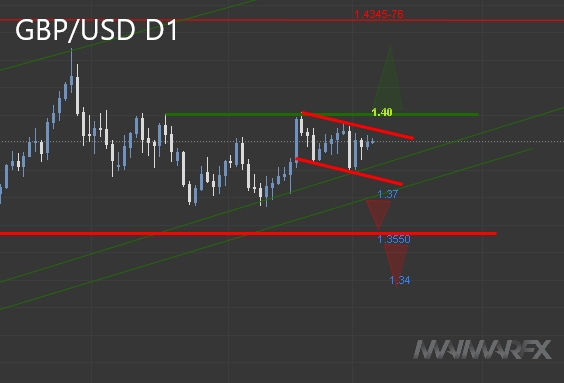 The next risk event for the pound will be today’s parliamentary elections in Scotland. The election could have profound consequences for the UK since it will decide not just who runs Scotland, but whether the battle for another Scottish independence referendum by the end of 2024 is back on the table. Scotland elections could thus prove a litmus test for the nation’s appetite for breaking away from the United Kingdom. There is potential for massive chaos across the UK’s economic landscape in the next years if a split happens. Some investment managers see a 10 percent devaluation of the pound amid financial chaos and recession. The market is currently not pricing in such scenario.

Disclaimer: All trading ideas and expressions of opinion made in the articles are the personal opinion and assumption of MaiMarFX traders. They are not meant to be a solicitation or recommendation to buy or sell a specific financial instrument.