As the world turns to electric cars and renewable energy, Chile, the largest copper producer by far, would expect to benefit from a surge in appetite for the conductive metal. Copper prices rose to a near ten-year high in February as investors bet on increased demand for it in wiring for electric grids, car-charging stations and wind turbines.

But miners warn that Chilean politics could delay investment in the country’s rich resources of both copper and lithium. A combination of social unrest, Covid-19 and plans to rewrite the country’s Pinochet-era constitution risks deterring financial backers, according to Diego Hernández, the president of Sonami, Chile’s national mining society.

“If you are an investor, you probably will want to wait to see what is the result of this process instead of making investment decisions now,” he says.

There is no doubt about the world’s growing hunger for copper. Wind turbines, solar farms and their networks use up to 12 times as much of the metal as non-renewable energy systems.

Meanwhile, an electric car contains 80kg of the metal — which is at least four times that of a fossil-fuelled vehicle, as noted in a report from Morgan Stanley in January. The bank predicts that demand for copper from the power and automotive sectors will increase at a compound annual growth rate of 7 per cent, to 5.2m tonnes, by 2030.

Chile, however, is struggling to expand production with few new projects planned. It still produces more copper than the next three countries combined but its share of production slipped by 1.6 percentage points in 2020 compared with the previous 12 months.

Its attractiveness to mining companies has also fallen by more than 10 points in the latest Investment Attractiveness Index of territories, a ranking that is compiled by the Fraser Institute think-tank.

Such data sows doubt. There is, however, optimism that the current review of Chile’s constitution will not impact mining. The legal system has ensured a level of stability that has allowed mining investment to take place, says Ivan Arriagada, chief executive of FTSE 100 miner Antofagasta. 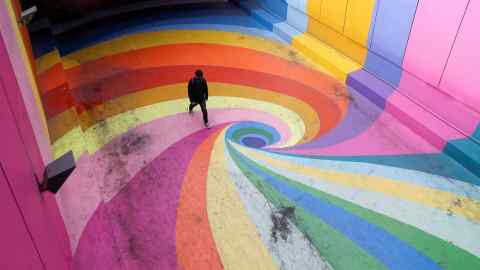 The state also plays an important role in the industry, in the form of Codelco — the top copper producer — which is ­government-owned and last year turned out 1.73m tonnes of the metal.

“There are likely to be some changes here and there,” says Arriagada, “but, in the end, if this model has been successful from the point of view of developing investment in the mining industry, and therefore growth, most components of it will be retained and kept.”

Chile became the largest copper producer after a wave of private investment in the 1990s but, since then, the amount of metal found in its deposits has declined.

Production rose from 1.6m tonnes in 1991 to 5.5m tonnes in 2004 but the decline in ore grades — the proportion of copper in rock — has meant that the industry has had to double investment simply to sustain production. 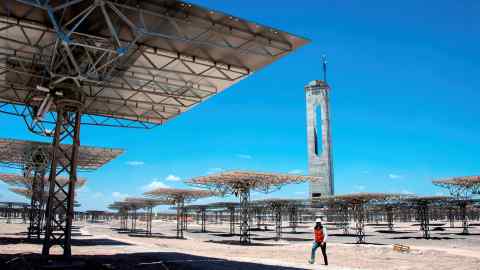 Against such a background, he says a clear legal framework is imperative in order to attract investment. “The legal framework has become more important than before,” he says. “If your grade is average, your payback is longer and you will need more confidence in the legal framework of the country.”

At the same time, copper miners in Chile face higher taxes as the government seeks to fund a post-pandemic economic recovery.

The industry sustained production at 5.8m tonnes last year despite the disruption caused by Covid-19. “This was the only industry that kept moving and kept investment,” says Arriagada. But, last month, Chile’s parliament approved a proposal to raise taxes on copper and lithium miners.

If the plan goes ahead, the tax on large producers will increase from 3 per cent to 10 per cent, and up to 100 per cent of additional income if copper prices hit US$4.50/lb.

“We believe some sort of revision to the current mining fiscal regime in Chile is likely,” say analysts at BMO Capital Markets — but they add that “actual implementation” may be delayed until the approval of the new constitution, due to be voted on next year.”

Higher taxes could hinder Chile’s chance of becoming a producer of “green copper”, produced using renewable energy, says Arriagada. It is a process that would be powered by the sunlight of the Atacama Desert, which has one of the world’s highest levels of solar radiation.

“That’s a very significant advantage, Chile providing green copper to the world,” he adds. “That’s a tremendous opportunity for the industry.”

According to Arriagada, the country’s taxation of its mining industry is already high and second only to Australia’s. “It’s important the industry develops and taxation does not become a burden,” he says.