All told, each index saw notable gains for the week as investors bet that higher inflation will ease up as the economy recovers from the pandemic. Moreover, bank shares leaped higher – in fact, the financial sector as a whole performed well on the day – after the Federal Reserve announced it foresaw the banking industry easily withstanding a severe recession after the results of its annual stress test.

Q.ai runs daily factor models to get the most up-to-date reading on stocks and ETFs. Our deep-learning algorithms use Artificial Intelligence (AI) technology to provide an in-depth, intelligence-based look at a company – so you don’t have to do the digging yourself.

Sign up for the free Forbes AI Investor newsletter here to join an exclusive AI investing community and get premium investing ideas before markets open.

Microsoft is trending for a handful of reasons this week – as big companies are wont to do – chief among them being the company marking its place in American history as only the second U.S. company to hit a $2 trillion market cap. (The first was Apple).

Additionally, Microsoft is making the rounds after confirming last week that Windows 11 is coming soon. The refreshed interface includes a new design, Windows store, and various improvements to performance. Windows 11 will also include support for running Android apps, and Microsoft Teams will integrate directly into the taskbar.

The news Windows update will likely prove fruitful to the company’s bottom line – which, admittedly, is already enormous. In the last three fiscal years, Microsoft saw revenue growth of nearly 12% to $143 billion, while operating income exploded 83% to $53 billion. Per-share earnings ballooned 244% to $5.76 in the same period. And return on equity doubled from 19.5% to 40%.

Currently, we expect Microsoft to experience revenue growth around 8.7% in the next twelve months. Our AI rates the tech giant around average overall, with A’s in Low Volatility Momentum and Quality Value, a B in Growth, and a D in Technicals.

Bed Bath & Beyond has been trending for the past week for mostly the right reasons. The company recently released its “Beyond Big Savings Event” in an effort to spur summer spending, as well as a new private label brand – the fifth this year alone – to drum up business. With a continual blitz of new product lines and higher sales driving the company’s bottom line, Bed Bath & Beyond is doing their best to bring eager consumers back in their doors.

That said, the company has also been a hot topic on a number of message boards in the last month, with the company’s recent announcements feeding plenty of chum to meme-hungry traders. Only time will tell if the company’s good fortunes are of its own doing – or a product of the ongoing meme stock trend.

Hopefully for the company, it’s the former, as Bed Bath & Beyond’s last three fiscal years have been nothing but dismal. The company’s revenue dropped from $12 billion to $9.2 billion in the period, with operating income slashed to $35.9 million from $422.8 million – less than a tenth of its former level.

However, per-share earnings have grown some, ending the last fiscal year at $1.24 compared to $1.02 three years ago. Moreover, return on equity nearly doubled from 5% to 9.9% in the last year.

But unless Bed Bath & Beyond can scrub up, our AI rates this stock as a below-average investment overall, with C’s in Technicals, Growth, and Quality Value, and an F in Low Volatility Momentum.

Morgan Stanley jumped 1.5% Friday to $88.40 per share with 11.1 million trades on the books. The investment bank and financial giant is trading up 29% YTD at forward earnings of 13.5x.

Morgan Stanley trended last week after making a rather contentious announcement last week: get your vaccine – or get out of its New York offices. The policy applies to clients and staff alike. Anyone who hasn’t received the second dose of Moderna or Pfizer’s vaccine or their single dose of Johnson & Johnson by the July 12 deadline will have to continue working remotely.

Currently, Morgan Stanley is rated as a so-so investment opportunity by our AI: B in Growth and Low Volatility Momentum, C in Quality Value, and D in Technicals.

Intel has trended frequently this year – somewhat negatively in recent months – as the giant chipmaker has struggled to find its footing again after years of mishaps and production delays. (While some competitors are on to producing 5nm chips, Intel isn’t expected to release its first 7nm chip until 2023).

But that doesn’t mean the company isn’t trying. Just last week, Intel CEO Pat Gelsinger announced that the company would begin restructuring its Data Platform Group into two new divisions that aims to regroup the business around data center, edge computing, and software. The company also hopes to make a (very dry) splash when it opens two new semiconductor manufacturing plants in the Arizona desert.

At this time, our AI views Intel as a less-than-stellar investment. The company has earned ratings of C in Low Volatility Momentum and Quality Value and D in Technicals and Growth.

The company trended at the end of last week thanks to a memo from Morgan Stanley that stated Facebook remains the top pick amongst large-cap social media stocks. This is thanks to the company’s increased monetization efforts, product innovation, and ad growth in recent months, which the company hopes will propel it through an expected engagement drop-off period as the world reopens.

All told, Facebook is expected to see 12-month revenue growth around 4.2%. Our AI rates this investment just above average, with B’s in Growth, Low Volatility Momentum, and Quality Value, and a D in Technicals.

Liked what you read? Sign up for our free Forbes AI Investor Newsletter here to get AI driven investing ideas weekly. For a limited time, subscribers can join an exclusive slack group to get these ideas before markets open. 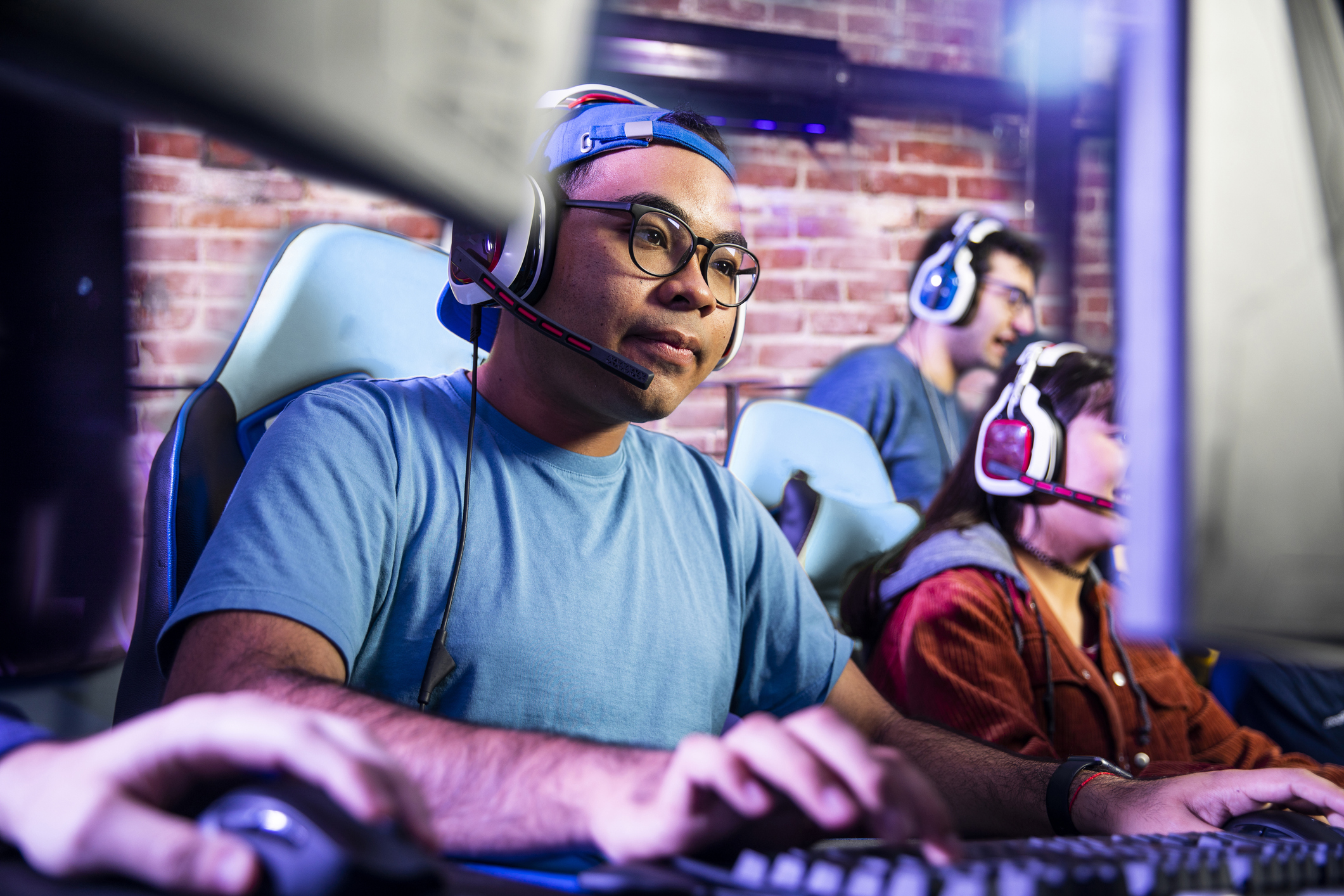 Could GameStop Stock Supercharge Your Portfolio? | The Motley Fool
8 seconds ago

Could GameStop Stock Supercharge Your Portfolio? | The Motley Fool

Fossil tracks may reveal an ancient elephant nursery
1 min ago 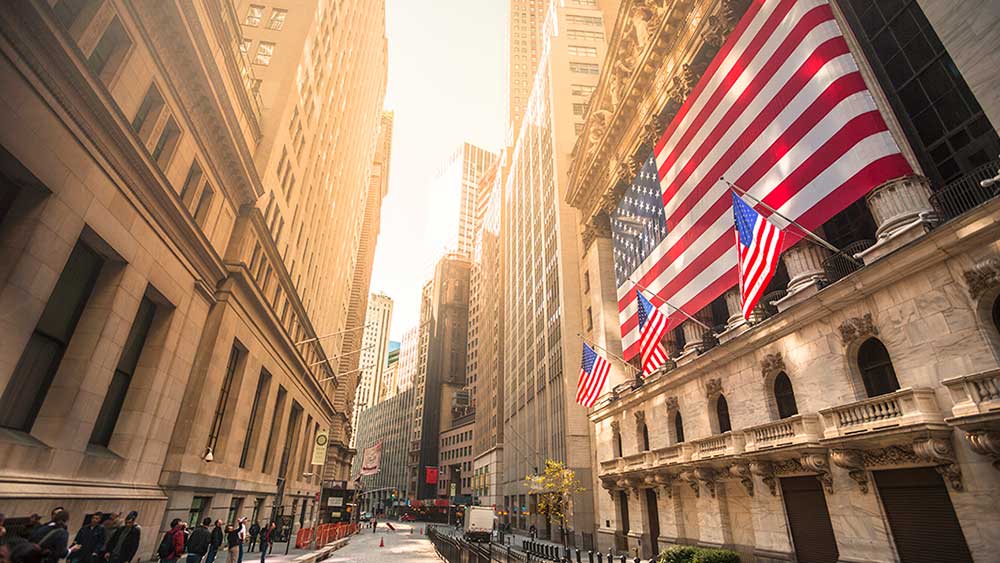