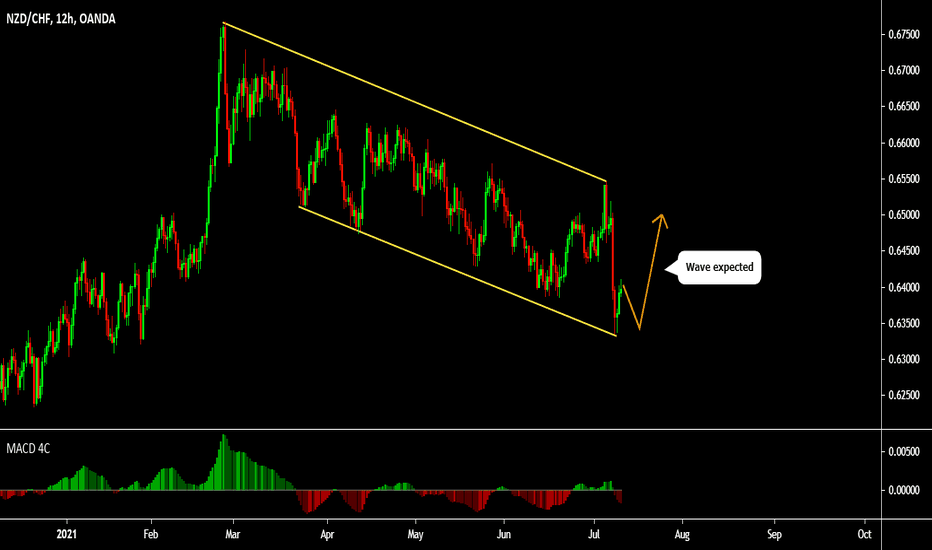 As a high-beta currency, NZD has benefited from the market’s improving risk outlook over recent months as participants moved out of safe-havens and into riskier, higher-yielding assets. As a pro-cyclical currency, the NZD enjoyed upside alongside other cyclical assets going into what majority of market participants think was an early post-recession recovery phase. As long as expectations for the global economy remains positive the overall positive outlook for risk sentiment should be supportive for the NZD in the med-term .

Going into 2021, the monetary policy outlook for the RBNZ were positive after the bank pushed back against the need for negative rates, as well as a string of positive economic data points showed the impact from the pandemic was less severe on the NZ economy than previously anticipated. At their May policy meeting the bank confirmed market expectations that they will follow in the BOC’s footsteps to signal a move away from ultra-easy monetary policy , by bringing forward rate hike expectations to as early as Q3 2022. Recall that during their February policy meeting the uncertainty was high enough for the bank to provide no guidance on interest rates past March 2021.
Going into the July meeting, the market has further increased their normalization expectations for the RBNZ with some participants expecting a first hike as soon as November this year. Even though the fundamentals such as the virus situation and economic data does point to a bank that can afford faster normalization, the expectation that the bank will completely ease QE and hike rates within four months from now seems very aggressive, which makes this week’s upcoming meeting very important for the NZD.

3. The country’s economic and health developments

Despite a hawkish tilt by the RBNZ as well as some stellar GDP data and NZIER survey data, the market have been happy to under-price the NZD despite a very positive fundamental outlook. In the past two weeks the NZD has slowly started to trade to the upside in line with its fundamentals, but all eyes are now on the upcoming July meeting where the bank will need to confirm whether they push back or validate the market’s expectations.

As a safe-haven currency, the market’s risk outlook is the primary driver for the CHF. Swiss economic data rarely proves market moving; and although SNB intervention can have a substantial impact on CHF, its impact tends to be relatively short-lived. Additionally, the SNB are unlikely to adjust policy anytime soon, given their overall bearish tone and a preference for being behind the ECB in terms of policy decisions.

The market’s overall risk tone is improving with coronavirus vaccines being rolled out as well as the unprecedented amount of monetary policy accommodation and fiscal support from governments. Of course, risks remain as many countries are now battling third waves of the virus. As such, there is still a degree of uncertainty and risks to the overall risk outlook which could prove supportive for the CHF should negative factors for the global economy develop; however, on balance the overall risk outlook is continuing to improve and barring any major meltdowns in risk assets the bias for the CHF remains bearish .

Despite the negative drivers, the CHF has remained surprisingly strong over the past couple of weeks. This divergence from the fundamental outlook doesn’t make much sense, but the CHF often has a mind of its own and can often move in opposite directions from what short-term sentiment or its fundamental outlook suggests, thus be careful when trading the CHF and always keep the possibility of SNB intervention in mind.

The Fed Has Cemented The Dollar’s Fall | Investing.com
12 seconds ago Covid Renews Interest in Radiation, but Docs Caution Against Pilgrimages to Radon-Filled Mines
8 mins ago

Cowboy 4 review: An ebike delicious enough to eat
9 mins ago