The summer’s long days for joyful, outdoor play have given way to anxieties about global warming. Tokyo suffered a killer heatwave in 2018. Two years ago this month, Europe sweltered as it endured unprecedented temperatures.

Now the heat records hit a huge swath of the US south-west and up to the Pacific north-west. As of Tuesday evening, the scorching temperatures forced people to find relief indoors in the comfort of air conditioning (see more below).

The news is frightening. Tomorrow [Thursday] is Canada Day, and your correspondent has fond memories of biking in pleasant temperatures around Vancouver’s Stanley Island for the holiday four years ago. This year, surely outdoor exercise is more scary than joyful.

There is precious little time to save summers and turn back global warming. As the heat ratchets up, the pressure rises on governments worldwide to make Glasgow a turning point in the fight for the planet.

Two things to start: first, if you missed last week’s FT webinar on Environmental, Social and Governance, and financial performance you can watch the recording here.

And second, when Elon Musk and Prince Charles are on the same side of an issue, you know the world is changing. Biodiversity is now a problem finding its way on to the balance sheet quicker than financial accountants can quantify it. Watch more in Moral Money’s newest animated cartoon in a six-part series about the evolution of ESG in business and finance. These short, irreverent videos are on YouTube too for your friends and family to enjoy. (Gillian Tett)

Puppy training — a happy hobby for dark days of the pandemic — carries lessons for training the world’s corporate chief executives: when you want to reward positive behaviour try mixing up your bag of treats.

ESG issues have taken corporate boardrooms by storm, and companies are increasingly considering tying ESG metrics to executive bonus plans. UK and European companies have led the pack on this for years. For example, since 2016, AXA has tied a portion of chief executive Thomas Buberl’s pay to the company’s rank in the Dow Jones Sustainability Index.

Meanwhile, just 22 per cent of US companies included ESG metrics in their 2020 incentive pay plans. That’s compared to 89 per cent for UK and EU companies, according to a survey published this month from Pay Governance, a consultancy.

UK, EU and US companies will increasingly include ESG metrics in their long-term incentive plans “as investors and regulators focus on how companies intend on achieving their long-term sustainability goals”, the report said.

The ESG-pay tie-up is becoming a priority for investors too. In March, Cevian Capital, Europe’s largest activist investor, said it might punish companies that fail to set ESG targets when deciding executive pay.

But for now, some investors roll their eyes at the rigour of these ESG pay performance targets. “We are sceptical,” said Peter Reali, head of engagement, at Nuveen, a US asset manager. “We are going to be very tough on companies,” he said, adding that “any time a compensation plan is modified and a new metric is added — thresholds are lowered or raised — we are sceptical of all of that.”

There is “a real danger” in companies linking ESG targets to things “a company was going to do anyway” as a way to boost pay, said Tom Gosling at the London Business School. “Investors are going to be pushing: ‘Show me how this is material to your business’.”

It has been an embarrassing year for executives and their big bonuses. A record number of US companies lost pay votes before shareholders this year. Looking ahead to 2022, pay consultants might see ESG as a way to justify higher pay packages. But companies must be careful not to let ESG’s role in bonuses lead to greenwashing, lest chief executives find themselves in the doghouse again next year. (Patrick Temple-West)

This year has seen record support for ESG shareholder resolutions at companies’ annual meetings. But yesterday environmentalists faced one of their biggest boardroom challenges yet in Japan, where institutional investors traditionally support corporate managers.

At Mitsubishi UFJ, one of Japan’s three megabanks, environmental groups won 23 per cent support for a resolution to adopt and disclose a plan to align financing and investments with the Paris climate agreement. Despite the fact that the proposal — filed by Kiko Network, Market Forces, the Rainforest Action Network and 350.org Japan — failed to win over the majority of shareholders, the organisations declared victory.

It was just the second-ever climate change proposal filed at a Japanese bank. Last year, Kiko Network won 35 per cent support for its climate change petition at Mizuho Financial Group.

Kiko said the tide flowed against them this year after proxy advisers recommended shareholders vote against the climate change proposal. And Kiko noted that Mitsubishi UFJ in May announced its plan to achieve net-zero financed emissions by 2050.

“Today’s vote is a significant rebuke to management and a clear warning that it must immediately up its game or face even greater pressure,” said Kimiko Hirata, international director of Kiko Network. “It is very positive and encouraging that we have nearly one-fourth of investors’ support.”

Two other climate change proposals struggled to win strong investor support this month. Shareholders at Kansai Electric Power shot down an investor petition to halt the company’s coal use. And Sumitomo overcame a shareholder proposal to require its trading to align with the Paris accords. (Patrick Temple-West)

Moral Money has covered efforts to draw parameters around what is and is not true ESG investing. Earlier this year, we reported about the CFA Institute’s new ESG certificate.

Now a team of 13 professors is offering to analyse ESG funds and products for authenticity. The ESG division of UK-based Global Markets Media has organised the ivory tower team to vet hedge funds, private equity companies, ETF providers and others in investment management. Accredited funds will be able to market their stamp of approval to investors.

The initiative “is still in the early stages” and has not yet analysed a fund, Frederik Dahlmann, an associate professor of strategy and sustainability at the Warwick Business School, told Moral Money. And the team will want to keep its vetting process fluid so that funds cannot game the methodology, he said.

The academics’ approach offers a human touch to other, increasingly popular ways to analyse companies with artificial intelligence or crowdsourcing. Dahlmann pointed out two projects WikiRate and Impaakt as examples of this.

“Can computers do this?” He asked about ESG vetting. “Or do we need human judgment and do we need lots of people involved?” (Patrick Temple-West)

Now, in a sign of how hot the ESG fintech space is becoming, JPMorgan said it was acquiring OpenInvest for an undisclosed sum.

“Clients are increasingly focused on understanding the ESG impact of their portfolios and using that information to make investment decisions that better align with their goals,” said Mary Callahan Erdoes, chief executive of JPMorgan’s asset and wealth management division. (Patrick Temple-West)

Graphic of the week

The global warming crisis is punishing North America’s pacific coast, traditionally a source of cool respite for the US and Canada. People in Vancouver were checking into air-conditioned hotel rooms on Tuesday. The extreme heat cracked roads and highways from Seattle to Portland.

Grit in the oyster

One thing we have learned in the past few years is that ESG can’t wash away bad behaviour. Declan Kelly, head of Teneo, has abruptly stepped down from the public relations company after allegations of drunken misconduct at a Global Citizen party.

Kelly was known for advising some of the world’s largest companies on how to position themselves as responsible social actors. (Kelly worked for years with Global Citizen and was an organiser of the event called Vax Live: The Concert to Reunite the World, which sought to rally support for wider Covid-19 vaccine distribution.) Now the idea of being a responsible leader has a new tinge; other executives should take note.

Autozam AZ-1, a Kei Car That Dreamed It Was a Ferrari, Is for Sale 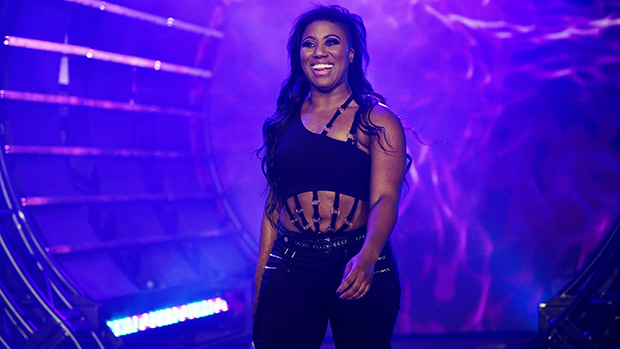 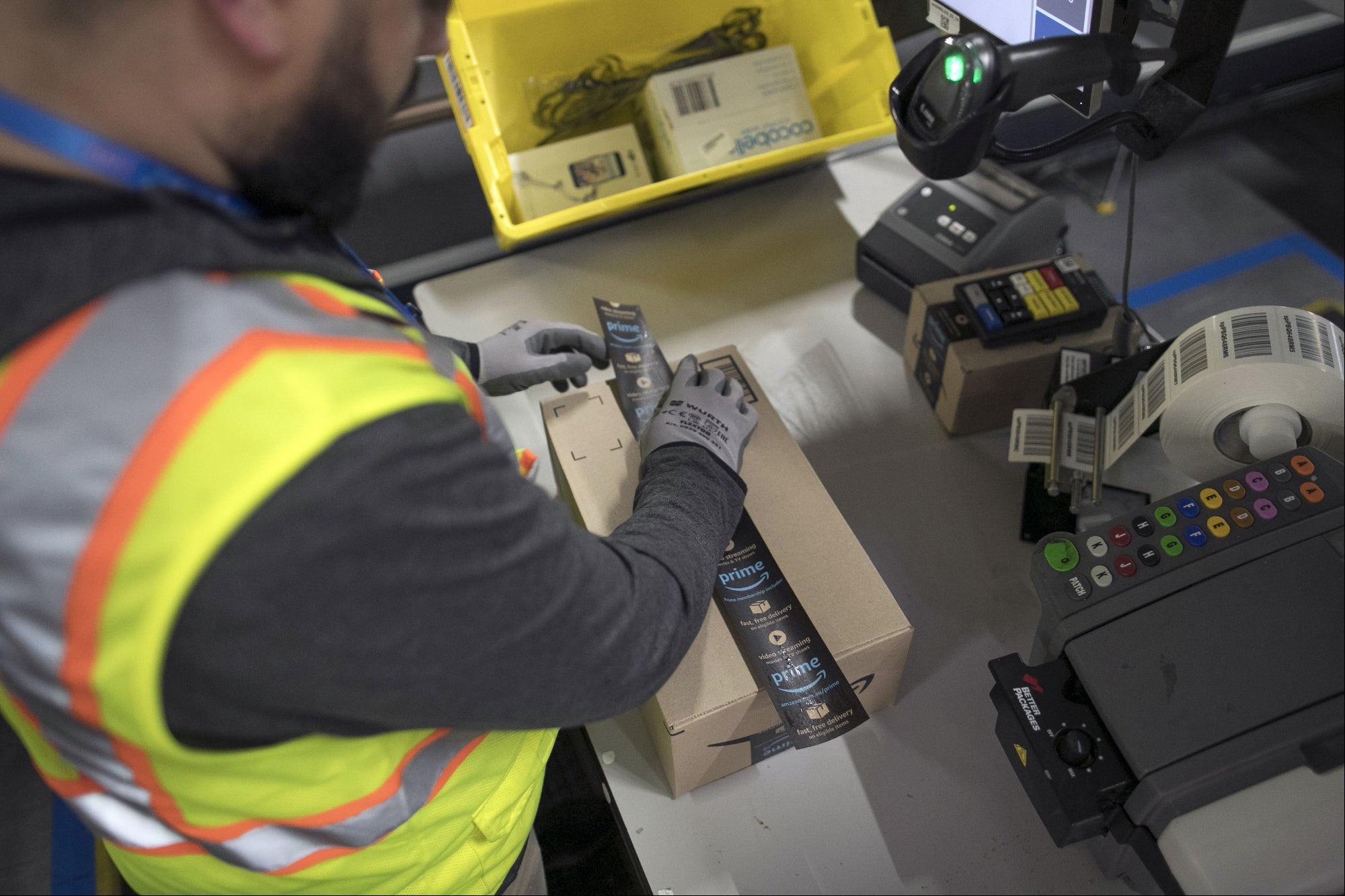 Some Amazon Warehouse Workers Are Slamming Small Raises
4 mins ago 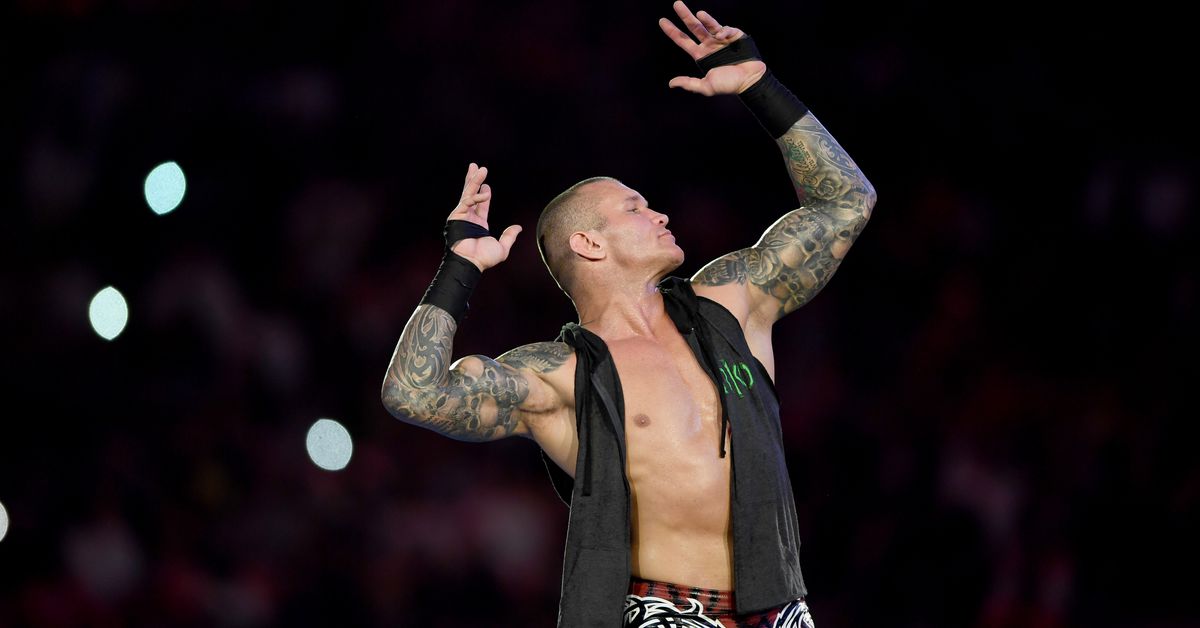 Can an artist sue over a virtual tattoo? It’s complicated
5 mins ago

Can an artist sue over a virtual tattoo? It’s complicated