WASHINGTON — When inflation surged in the late 1970s, President Jimmy Carter convened his top economic advisers for weekly lunch meetings in which they tended to offer overly optimistic forecasts of how high prices would rise.

But the political consequences of rising prices could not be escaped: By 1978, Democrats had lost seats in the House and Senate. A year later, Mr. Carter’s Treasury secretary, W. Michael Blumenthal, was ousted in a cabinet shake-up. In 1980, Mr. Carter lost his re-election bid in a landslide as the Federal Reserve, intent on bringing inflation down, raised interest rates so aggressively that it tipped the economy into a painful recession.

President Biden and the Democrats in power now face a similar predicament as they scramble to tame inflation after a year of telling Americans that price gains would be short-lived. In recent weeks, Mr. Biden has pressed oil refineries to ramp up production, proposed a three-month gas tax holiday and called on the Federal Reserve to do what is needed to cool an overheating economy. But to veterans of the Carter administration, the echoes of the past call for a greater sense of urgency from Mr. Biden despite his limited power to bring prices down.

“The basic problem that this president faces is really not too dissimilar from the one that confronted Carter,” said Mr. Blumenthal, who is 96 and divides his time between Princeton, N.J., and Germany, where he was born. “President Biden faces this dilemma, and it’s certainly my hope that he will choose clearly, choose decisively and be very clear not only about the fact that he recognizes that inflation has to be dealt with, but that he is really willing to support painful steps to do that.”

That pain could be severe if the Fed, as economists increasingly expect, is forced to tip the economy into recession in order to bring inflation to heel. The central bank has already begun raising interest rates quickly and signaled it will do whatever it takes to restore “price stability” as it tries to avoid the mistakes of the 1970s.

Veterans of the Carter administration say Mr. Biden would be wise to also learn from the past and avoid half-measures that have popular appeal but do little to resolve the underlying problem, as well as forgo large spending initiatives.

The United States has been buffeted by soaring prices this year as supply chain disruptions that emerged during the pandemic coincided with a surge in food and energy prices spurred by Russia’s war in Ukraine. The Consumer Price Index picked up by 8.6 percent in May from a year earlier, as price increases climbed at the fastest pace in more than 40 years. Gas hit $5 per gallon in June and is now averaging around $4.80.

The dynamic has parallels to the 1970s, when the Arab oil embargo of 1973-74 and the Iranian revolution of 1979 curtailed oil supply so severely that it fueled shortages, sending gas prices soaring. Inflation peaked at 14.6 percent in 1980 before easing as Paul A. Volcker, who was the Fed chair, aggressively raised interest rates to nearly 20 percent and triggered a recession that eventually tamed inflation.

In an impassioned “fireside chat” to the nation in February 1977, Mr. Carter urged Americans to embrace conservation to cope with energy shortages and rising fuel costs.

Understand Inflation and How It Impacts You

“All of us must learn to waste less energy,” Mr. Carter said. “Simply by keeping our thermostats, for instance, at 65 degrees in the daytime and 55 degrees at night, we could save half the current shortage of natural gas.”

Mr. Blumenthal said Mr. Biden should heed the lessons of Mr. Carter’s failed attempts to curb inflation by avoiding measures that are counterproductive. He urged Mr. Biden to support a substantial interest rate increase and to abandon his sweeping legislative package in favor of deficit reduction, which some economists argue could dampen prices by slowing growth depending on how it is approached.

“Inflation fighting comes first,” said Mr. Blumenthal, who escaped Nazi Germany and lived in Shanghai during a period of hyperinflation in the 1940s. “He has to show the recognition to the public that inflation has lasting deleterious effects on the economy and that by trying to take half measures now, you merely prolong the pain of these effects.”

Mr. Biden has acknowledged that inflation could be persistent and has said his administration is doing what it can to ease price pressures. He has primarily blamed President Vladimir V. Putin and his invasion of Ukraine for price increases but has also faulted American oil refineries and even gas stations. As travelers set out for the July Fourth holiday weekend, Mr. Biden accused gas station owners of profiteering and urged them to lower their prices.

“Bring down the price you are charging at the pump to reflect the cost you’re paying for the product,” Mr. Biden said on Twitter.

The Biden administration has been looking for ways to lower oil prices globally. Treasury Secretary Janet L. Yellen has been pressing her European counterparts to impose a price cap on Russian oil exports, and the Group of 7 industrialized nations agreed last week to explore the idea.

Some of the proposals for easing the pain of inflation on Americans, such as the gas tax holiday or student loan debt forgiveness, have been dismissed by economists who say they might make inflation worse. Others have been criticized, like Mr. Biden’s upcoming trip to Saudi Arabia, which some have called pandering to a state that the president once likened to a “pariah” over its role in the assassination of Jamal Khashoggi, a Washington Post columnist and a prominent dissident. Mr. Biden said last week that he would not ask the Saudis to increase oil production.

C. Fred Bergsten, the assistant secretary for international affairs at the Treasury Department from 1977 to 1981, said the United States should avoid the kind of domestic oil price controls that were in place during the 1970s and that the Carter administration eventually abandoned in 1979. Describing them as an “abysmal failure,” Mr. Bergsten said they distorted energy markets.

“One lesson from the Carter administration is don’t do that,” Mr. Bergsten, 81, said. “Energy price controls discourage production and held down the supply side over time.”

Mr. Bergsten suggested that rolling back some of the Trump-era tariffs on $360 billion worth of Chinese goods that economists say have driven up costs for American consumers could offer some marginal relief from inflation. He also thinks Democrats should consider tax increases that would be targeted mostly at the wealthy to reduce the pent-up demand in the economy that continues to push prices higher. Proposals such as the gas tax holiday would most likely just fuel more inflation, he predicted, by giving drivers more money to spend, and would make the Biden administration look desperate by resorting to gimmicks.

“Even if Biden doesn’t have many alternatives to deal with it, the image is of a lack of decisive and effective management of the country and the economy,” said Mr. Bergsten, who made several trips to Saudi Arabia in the 1970s to try to get Riyadh to boost oil production.

The moment is politically perilous for Mr. Biden, with the November midterm elections approaching, and politics is also complicating the federal response.

Republicans have realized the political power of rising prices, seizing on inflation as a key talking point ahead of the midterms, often comparing Mr. Biden to Mr. Carter.

What is inflation? Inflation is a loss of purchasing power over time, meaning your dollar will not go as far tomorrow as it did today. It is typically expressed as the annual change in prices for everyday goods and services such as food, furniture, apparel, transportation and toys.

What causes inflation? It can be the result of rising consumer demand. But inflation can also rise and fall based on developments that have little to do with economic conditions, such as limited oil production and supply chain problems.

Is inflation bad? It depends on the circumstances. Fast price increases spell trouble, but moderate price gains can lead to higher wages and job growth.

Barry P. Bosworth, who led the Carter administration’s “Wage‐Price Council” from 1977 to 1979, said that in an ideal world the government could enact policies to reduce or delay government spending on new programs or public works initiatives. However, it is much easier to find bipartisan support to stimulate the economy than to take the air out of it.

It is apparent to Mr. Bosworth that the $1.9 trillion pandemic aid package that Democrats passed in 2021 has fueled inflation. Now, he said, it will be largely up to the Federal Reserve to corral it.

“It clearly turned out to be excessive,” Mr. Bosworth said. “The amount of transfer funds that we poured into the economy over a short period of time clearly added to inflation.”

For those who have lived through bouts of high inflation, projecting an endpoint is fraught with risk and uncertainty.

Mr. Blumenthal recalled that when he was Treasury secretary, he tried to offer anecdotal evidence from businesses that often contradicted the rosier economic forecasts of other White House economic advisers who had less frequent contact with corporate executives. They were sometimes reluctant to present the president with grim numerical projections.

Mr. Biden’s advisers also have misjudged the threat of inflation.

In the early days of the Biden administration last year, Mr. Blumenthal attended a gathering of Treasury secretaries past and present. Lawrence H. Summers, who has spent the past year warning publicly that inflation was a bigger problem than Biden administration officials understood, expressed alarm to the group that inflation could worsen. Others, including Ms. Yellen, maintained that prices were under control and would moderate.

“Once you’re in this cycle, it’s very difficult to be precise,” said Mr. Blumenthal, who holds a Ph.D. in economics from Princeton. “The traditional tools of analysis are of limited value in that situation.”

He added: “And hope springs eternal.” Missteps at Missfresh
3 seconds ago 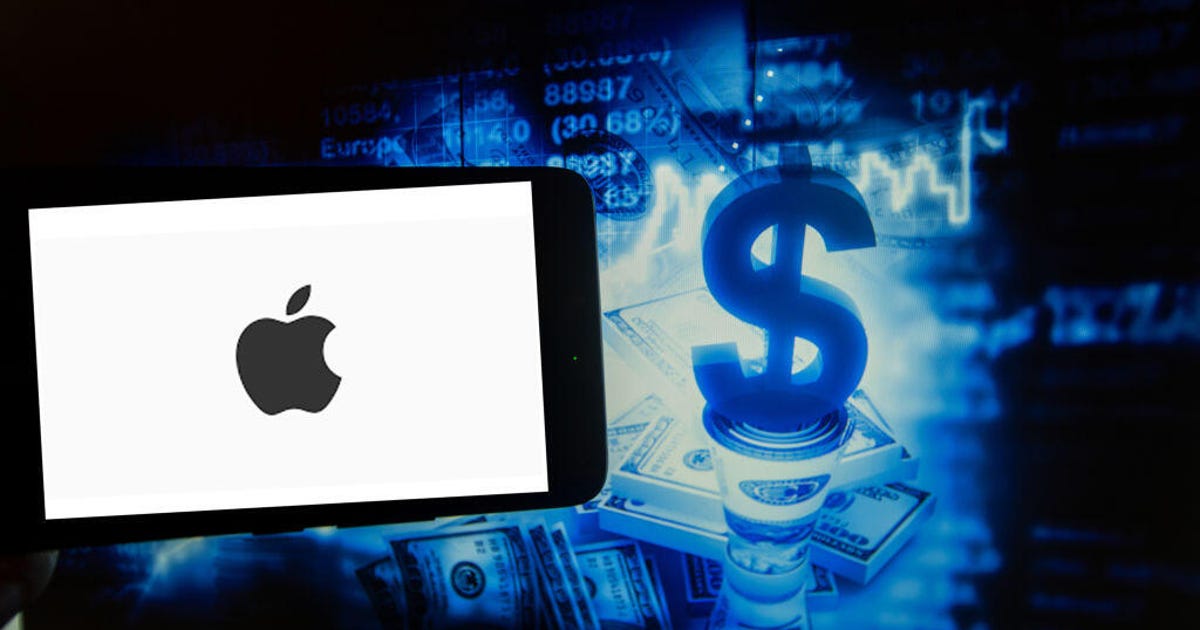 Apple’s $14.8 Million iCloud Storage Settlement: Here’s How to Find Out if You’re Owed Money
1 min ago

Which NFL teams added new No. 1 wideouts this offseason? Why 12 moves could work out — or fail
3 mins ago

Which NFL teams added new No. 1 wideouts this offseason? Why 12 moves could work out — or fail

Celebrity Parents Share Their Kids’ 2022 Back to School Photos 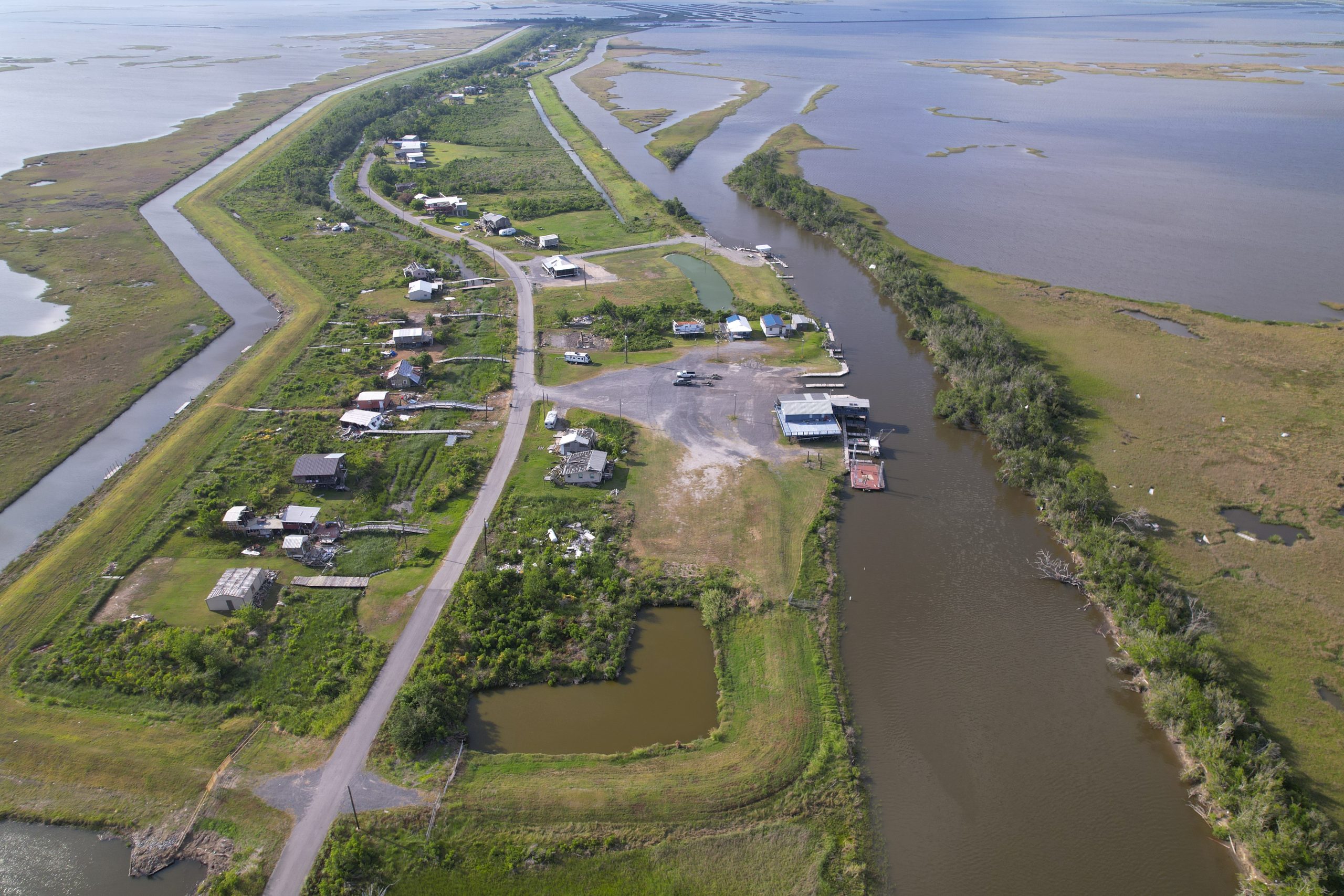 Leaving the island: The messy, contentious reality of climate relocation
9 mins ago

Leaving the island: The messy, contentious reality of climate relocation