COLOMBO — Up to 100 turtles and 20 dolphins have washed up dead on Sri Lanka’s beaches in the past month, as experts fear a link to the leak of toxic chemicals from a sunken freight ship.

“So far, around 176 dead turtles have got washed onto different beaches around Sri Lanka,” said Thushan Kapurusinghe, coordinator of the Turtle Conservation Project of Sri Lanka (TCP).

Marine turtles washing up dead on the Indian Ocean island are common around this time of year, which is when the peak of the monsoon turns the seas rough and leads to the turtles being fatally injured.

But this June, the waves have brought in an “abnormally high” number of turtle and even dolphin carcasses, Kapurusinghe told Mongabay.

Five of the world’s seven marine turtle species nest along Sri Lanka’s southern and southeastern beaches. The April-May period marks the height of the nesting season, according to Lalith Ekanayake, chairman of the  Bio Conservation Society.

But this period has also been marked by what environmental activists and experts warn is the biggest maritime disaster unfolding in Sri Lanka’s history. In late May, the Singapore-flagged cargo ship MV X-Press Pearl caught fire off Colombo, on Sri Lanka’s western coast, and sank in early June. It was carrying a cargo of nitric acid and plastic pellets, among other items, and was loaded with 378 metric tons of bunker fuel. Modeling by researchers has shown that ocean currents would carry these pollutants south, right through the path of the turtles and toward their nesting sites, Ekanayake told Mongabay.

“The timing of the accident couldn’t have been worse than this as the number of turtles in our waters would be high during this time as April-May records the highest number of nesting occurrences, going by past research,” Ekanayaka said.

Satellite tracking data show that most migratory turtles nesting in Sri Lanka move along the west coast closer to shore up to the Gulf of Mannar in the north before moving out to their feeding grounds. This makes them more vulnerable to any pollution from the ship accident, Ekanayake told Mongabay.

Kapurusinghe highlighted what he said was a disturbing trend revealed by the turtle carcasses reported from various locations:  most of the dead turtles are juveniles. Immature turtles are more likely than nesting adults to stay close to shore, mainly to feed. That makes it “possible that these deaths are linked to some food contamination, probably due to pollution caused by the freighter,” Kapurusinghe said.

The carcasses have been sent to the Department of Wildlife Conservation (DWC) for further analysis.

Suhada Jayawardana, DWC’s veterinary surgeon who performed necropsies on the dead turtles found along the western and southeastern coasts, said it was difficult to identify a single reason for most of the deaths. He said there were a few with fin cuts, a telltale sign of entanglement in fishing gear. One turtle showed injuries that may have been by the explosion of the X-Press Pearl. Further laboratory tests are being conducted to get a conclusive answer.

According to Jayawardana, most of the dead turtles are olive ridleys (Lepidochelys olivacea), but there are also some green turtles (Chelonia mydas), hawksbills (Eretmochelys imbricata) and leatherbacks (Dermochelys coriacea).

Around 20 dolphins and 4 whales have also washed ashore during the past month. Most are dolphins, while there was also a juvenile blue whale. “I have been observing whale strandings and deaths for over 30 years and this is a clear increase of their deaths,” said Ranil Nanayakkara, co-founder of the NGO Biodiversity Education And Research (BEAR).

During the first few days after the X-Press Pearl’s sinking, it was nearshore dolphin species such as humpbacks (Sousa chinensis) and spinners (Stenella longirostris) that were washing ashore. Later, there were other species, including the dwarf sperm whale (Kogia sima), spotted dolphin (Stenella attenuata), striped dolphin (Stenella coeruleoalba) and melon-headed whale (Peponocephala electra), indicating the impact of possible spreading of pollution, Nanayakkara said.

But some of these deaths may not be related to the ship accident, he added. A case in point is the juvenile blue whale (Balaenoptera musculus) found in northern Sri Lanka, away from where the pollutants may have spread. Nanayakkara said it’s important to carry out a thorough analysis of each carcass to determine the cause of death.

There’s no consensus within Sri Lanka’s scientific community over whether the sinking of the X-Press Pearl and the high number of marine animal deaths are linked. The Marine Environment Protection Authority (MEPA) and other government agencies have appeared hesitant to put an end to the speculation, and several politicians have forwarded their own theories for the animal deaths.

Asha de Vos, a marine biologist with Oceanswell, said in a tweet that “We have to be cautious about making assumptions without evidence.” She noted that “The truth is, animals die at sea. If currents flow shoreward (As they are doing on our southern and western coasts right now), the carcasses get pushed on the beach.”

She called for an end to speculation and theorizing, and for scientific reasoning to identify the cause of death. She also noted that the reporting of more carcasses than before could also be a result of “observer bias,” where people who previously didn’t pay attention to the issue were now more conscious of it as a result of the ship disaster.

“The main the issue here is the lack of baseline data to compare the environmental parameters and the number of marine creature stranding to quantify whether there is a widespread pollution due to the sinking of the ship and an increase of turtle and marine mammals deaths,” said Nishan Perera, co-founder of the Blue Resources Trust.

He said Sri Lanka urgently needs national-level, long-term monitoring of environmental parameters in the ocean using a standardized methodology. He said such data should be published transparently so that other researchers and volunteers can contribute to it. Such a program will assist in quantifying the true impacts of isolated incidents such as the X-Press Pearl sinking and would also assist in monitoring the status of various marine environment variables, Perera added.

Banner image of a family of turtles washed up on Sri Lanka’s eastern coast on June 19, courtesy of Supun Jayaweera.

RNA: Two strands are tougher than one
2 mins ago

RNA: Two strands are tougher than one 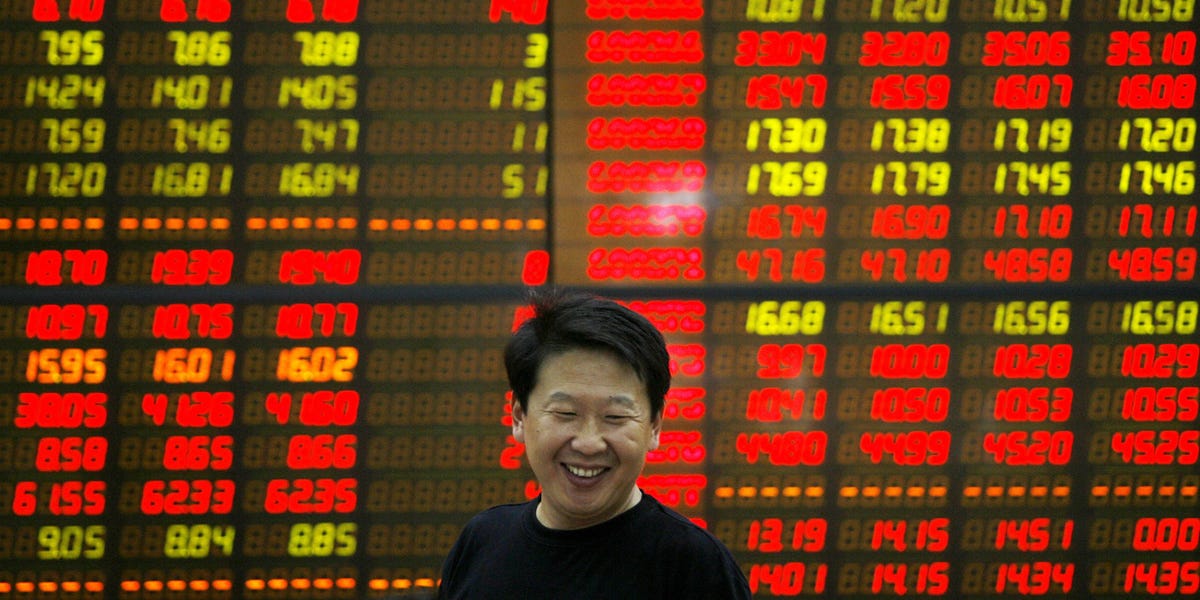 Chinese private education stocks collapsed by 70% in a week. One fund manager explains why panic sellers are making a mistake — and shares 11 Chinese stocks with high upside to buy now.
7 mins ago 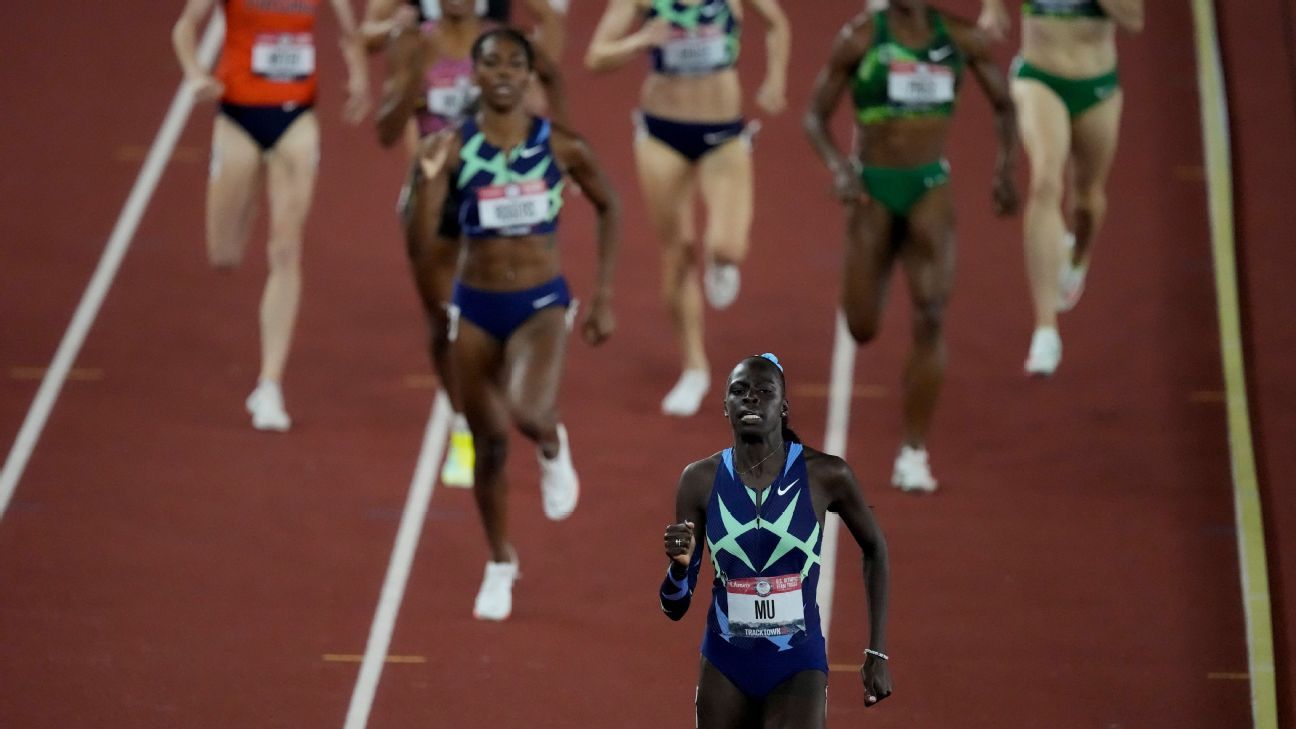