A ferocious hurricane hits a major American city. It topples trees, pulls roofs off buildings, and leaves more than a million people without power. No one knows when the power will be restored; meanwhile, hospitals filled with COVID patients are operating on backup power, and the sewage pumps have stopped working, prompting concerns about overflow. It’s hard to call Ida a good-news story, but, in an important sense, it is.

Ida made landfall in Port Fourchon, Louisiana, on Sunday, at 11:55 A.M., as a Category 4 storm. It hit near New Orleans several hours later, on the sixteenth anniversary of Hurricane Katrina, which made landfall as a Category 3 storm. Ida was much smaller than Katrina, but as far as New Orleans is concerned its path was potentially even more dangerous. Hurricanes rotate in a counterclockwise circle, so if a storm is travelling north the strongest winds, which are the ones moving in the same direction as the hurricane itself, will be to the east. (This is called the “dirty side” of the storm.) Katrina’s path took it east of New Orleans, meaning that its strongest winds were also felt to the east of the city. Ida, by contrast, passed to the west of the city, so this time New Orleans was on the storm’s “dirty side.”

As Louisiana’s governor, John Bel Edwards, put it, “Quite frankly, if you had to draw up the worst possible path for a hurricane in Louisiana, it would be something very, very close to what we’re seeing.” And yet, in contrast to the horrific scene that New Orleans presented on August 30, 2005, when some neighborhoods were submerged under ten feet of water, by Monday the city today appeared to be, if not exactly dry, then, for the most part, at least, not flooded. Credit for averting another disaster goes to the enormous amount of money and concrete that has been expended in the past decade and a half on revamping the city’s defenses. Most of this work has been carried out by the U.S. Army Corps of Engineers, which, it’s worth noting, was also responsible for many of the flaws in the system that Katrina so catastrophically revealed.

During Katrina, water was funnelled into New Orleans through a channel known as the Mississippi River Gulf Outlet, or, more colloquially, “Mr. Go,” which the Corps dug in the nineteen-fifties and sixties. After Katrina, the Corps plugged Mr. Go with a nine-hundred-and-fifty-foot-wide rock dam. It also constructed the world’s largest pumping station, as part of a project known as the West Closure Complex, which is actually south of the city, and erected the Lake Borgne Surge Barrier, a concrete wall nearly two miles long and five-and-a-half-feet thick, to the east. All told, since 2005, the federal government has spent more than fourteen billion dollars to upgrade New Orleans’s flood-control system.

Hurricane Katrina “changed this city forever,” but “we are much better protected than we were during Katrina—the levees are stronger, they’re higher,” Kelli Chandler, the regional director of the Southeast Louisiana Flood Protection Authority, told MSNBC on Sunday. These days, though, even good news tends to come with a warning, and the news out of New Orleans is no exception. On the contrary. While the city may be “better protected” today than it was in 2005, with every day that passes this protection is waning, and for several reasons. Owing to climate change, sea levels are rising, and the rate of rise is accelerating. Thus, the danger of a damaging storm surge in New Orleans—and, for that matter, everywhere else—is increasing. Warming also appears to be boosting the intensity of the average storm; according to a 2020 study, over the past forty years, as ocean temperatures have risen, the likelihood of a hurricane developing into a Category 3 storm or higher has been increasing by about eight per cent a decade.

Then there’s the problem that New Orleans is sinking. The city was built on marshland, and as the soils compact—and the city pumps water out—the surface is dropping. Much of the city is already significantly below sea level, and some neighborhoods are subsiding at a rate of almost five inches a decade. When you factor in sea-level rise, the rate of subsidence vis-a-vis the Gulf is six inches every ten years. In 2019, the Corps announced that, owing to a combination of subsidence and sea-level rise, the system it had just finished upgrading would no longer provide adequate protection to the city as early as 2023. Just a few weeks ago, the Corps proposed spending another $1.7 billion to upgrade the system once again. As Mark Schleifstein observed, on Nola.com, the price “reflects the enormous public cost simply to maintain today’s level of risk reduction.” The upgrade, in other words, wouldn’t really be an upgrade; it would just be an attempt to maintain the status quo.

How long can the cycle of raising the levees to keep them from sinking continue? In the face of climate change, this is an urgent question, and one that ought to be considered now, after Ida, rather than after the next Katrina, when the news will not be so good.

10 Takeaways From The FOMC Meeting | Investing.com
2 seconds ago

Covid-19 news: US approves booster vaccines for over-65s
2 mins ago 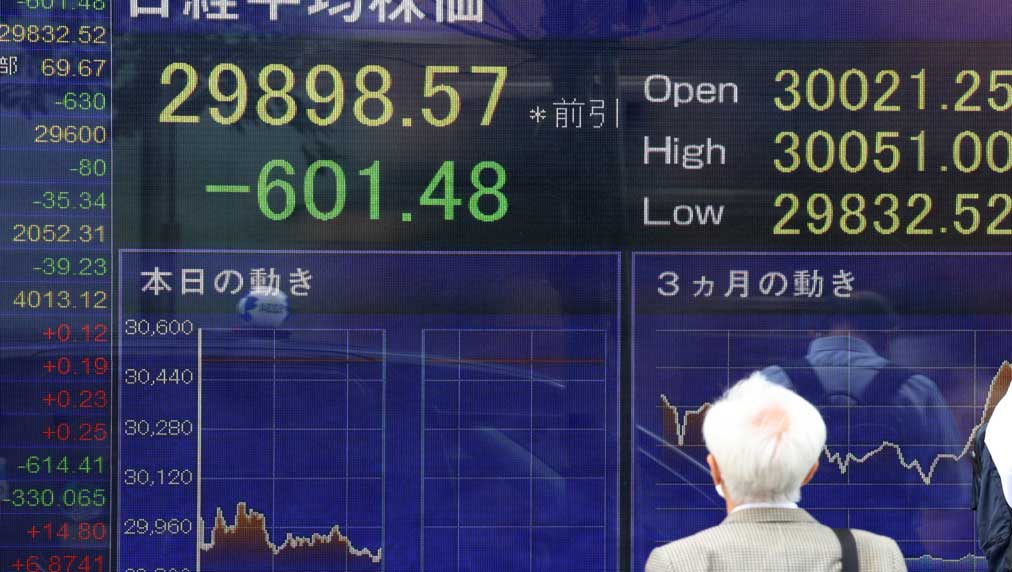