Industry leaders in Alberta have criticized the government’s rollout of a plan to capture carbon dioxide emissions underground as ineffective and lacking transparency, saying it has delayed billions of dollars of investment and increased costs.

Several oilpatch and other industrial players want to reduce their emissions by investing in such facilities in the province, which is considered to have ideal geology for storing carbon, experts say, as gases can be pumped a few kilometres underground into a layer of rock filled with interconnected pores, similar to the holes in a sponge.

The Alberta government controls the underground space and has begun choosing projects that can proceed.

So far, the government has approved six proposals near Edmonton and is now reviewing bids for carbon capture and storage projects throughout the province. The government wants each project to act as a hub designed to collect emissions from neighbouring facilities and store the gases underground.

Some industry players say the provincial system is creating uncertainty since companies don’t know whether their project will be approved or when. And, if they have to use a hub operated by a different company, there aren’t any rules in place around costs or access.

There are also concerns about a lack of transparency about why some projects are chosen and others are rejected.

“There’s no doubt it’s delaying it,” Craig Golinowski said of the government’s approach to carbon capture. He’s a managing partner of Calgary-based Carbon Infrastructure Partners, a private equity firm that invests in many projects, including carbon capture and storage.

Alberta Energy Minister Sonya Savage was not available for an interview.

As part of the application process to operate a hub, companies are asked to provide a list of third parties who are committed to using the facility to store emissions.

Some companies say their industrial facilities aren’t located near other polluters, so they just want to be allowed to store their own emissions locally.

That shows how the provincial government’s hub system is too focused on large corporations and ignores smaller players, Golinowski said.

“The size of the emissions problems is huge,” he said. “Limiting the number of projects to just big projects will inherently limit the number of tonnes that can be captured and sequestered.”

WATCH | How the U.S. system compares to Alberta for carbon capture:

Alex Puddifant, a spokesperson for Alberta’s energy ministry, said the “government is prioritizing the development of hubs” because “we believe this approach to be the most efficient use of the pore space.”

“Alberta continues to be Canada’s CCUS leader,” he said of carbon capture, utilization and storage in a four-sentence email.

Calgary-based Inter Pipeline was not chosen in the first round of approvals by the Alberta government; the company has subsequently announced a new facility that is contingent on receiving rights to underground caverns to proceed. The project is valued at over a billion dollars and would produce blue ammonia and blue methanol.

“Economic and certain access to adequate pore space for carbon emissions from this project is an essential part of the feasibility planning,” the company said in a release. The company declined an interview.

Calgary-based Entropy Inc., has more than a dozen carbon capture and storage projects proposed in Alberta of different sizes and at various stages of development. Several of those projects are now delayed, the company said, because there is no certainty the government will allow the projects to proceed.

“The government has created a bit of a land rush,” said Michael Belenkie, Entropy’s president.

“Everyone’s afraid of missing the ability to control the pore space they need. So everyone’s piling into that process to try and make sure that they’ve at least got an application and try to get the [underground space] that they may or may not need to have control of in the future,” he said.

Two of the company’s projects are ready for a final investment decision, Belenkie said.

“If you lose six months this year, that’s six months that will be delayed when the project is under construction. So everything’s getting pushed out,” he said.

WATCH | Many questions still need to be answered by Alberta government:

Some proposed projects are being delayed because of uncertainty around how the provincial government is deciding which companies can use underground caverns to store carbon emissions, says Michael Belenkie, the president of Entropy Inc.

Alberta’s energy ministry said there will be more consultation with industry. “Our government will continue its engagement with stakeholders to ensure Alberta is well-positioned to deploy CCUS technologies in an effective, fair and efficient manner in the best interest of Albertans,” Puddifant said.

Carbon capture technology has its critics, both in terms of how realistically it can be scaled and whether it makes financial sense for governments and industry to pursue. The International Energy Agency has noted carbon capture “has not lived up to its promise” yet as it has been slow to develop. But there is growing investment worldwide.

Many companies are keen to take part in carbon capture as a way to reduce emissions and reach climate targets. The federal government recently announced a new tax credit to spur more investment.

Instead of the provincial government picking which carbon capture projects can proceed, there should be more of an entrepreneurial system, said Jackie Forrest, executive director of the ARC Energy Research Institute, an industry-linked analysis group in Calgary.

“There’s a bureaucratic process to pick the winners and the losers,” she said, which takes too long and favours the largest companies.

The government should create an open system where any project can proceed as long as it meets certain rules and regulations, she said, similar to how new oil and natural gas wells are approved.

“The reality is not all these projects are going to get funded. So, by limiting the number of projects, you’re really limiting, I think, the total amount of investment in Alberta,” she said.

The current system is pushing some companies to explore developing carbon capture and storage projects outside of Alberta, she said, including in the United States.

Alberta’s government has received more than 40 applications for carbon capture projects and will announce the next set of approvals in the fall. 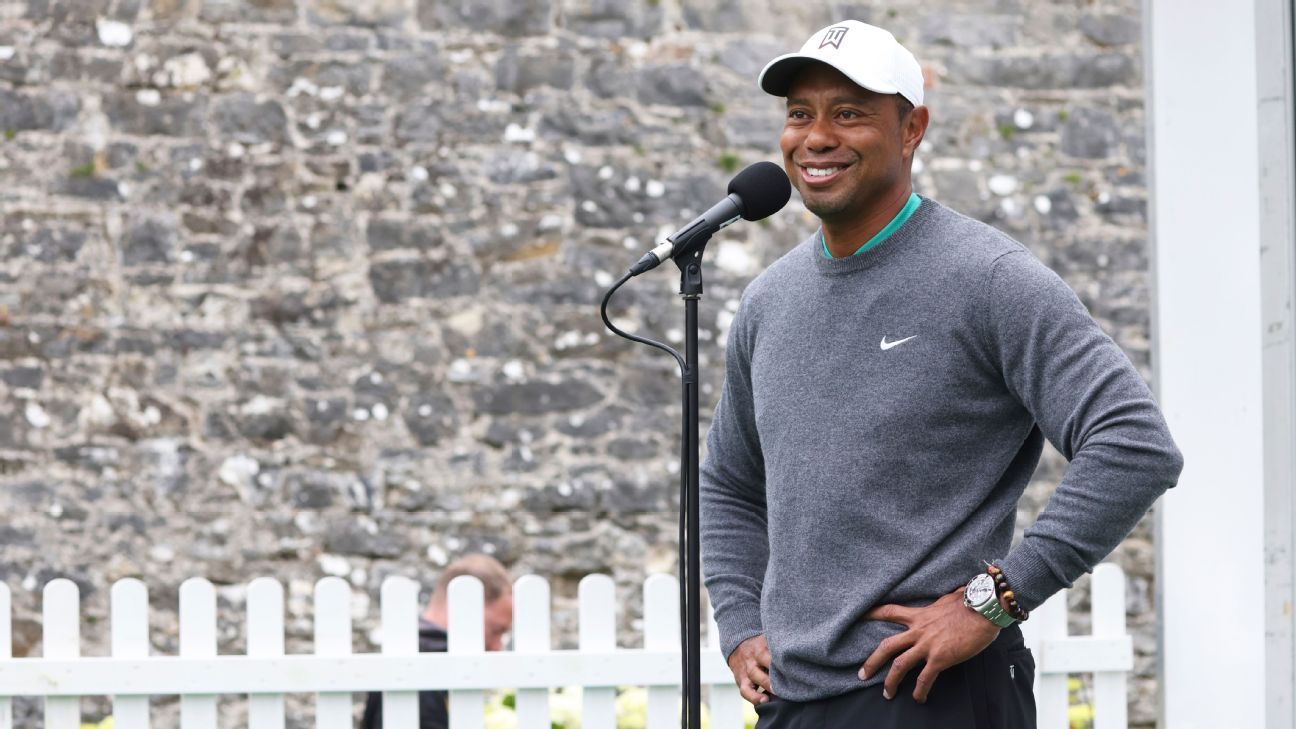 Tiger prioritized Open over U.S. Open due to leg
3 mins ago

Deal Alert: This Cupholder-Sized Car Power Inverter Is 53% Off at Amazon
4 mins ago 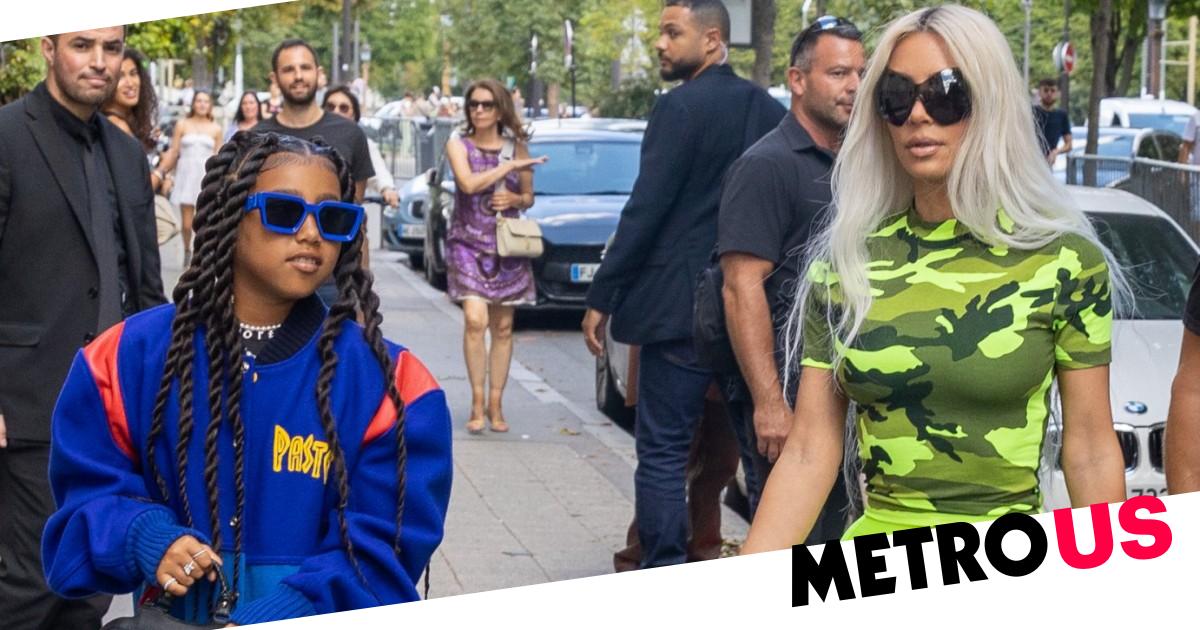