The French energy company Albioma is in the process of converting or replacing at least four coal power plants in French Overseas Territories to biomass. The company’s website implies that it relies on sugarcane, but in reality it increasingly burns wood pellets from Enviva, a company based in the Southern USA. Enviva routinely sources wood, including whole logs from mature trees, from the clearcutting of highly biodiverse coastal hardwood forests in the Southeastern USA.

The large-scale burning of wood pellets for energy production worsens climate change, harms biodiversity, contributes to air pollution linked to health problems, and distracts from the need to invest in a genuine transition to clean renewable energy. This is no news to us, of course.

Others are seeing the light, too. Last October, the rating company Standard & Poor removed two energy companies that burn large quantities of wood pellets from their Clean Energy Index, due to their carbon emissions.[1] One of them was Drax Plc, as reported widely in the media. The second one was the French energy company Albioma, a company that describes itself as “an independent renewable energy producer”, investing in biomass energy from sugar cane residues, solar and geothermal power.[2]

Despite Albioma’s marketing, the reality is quite different.[3] Until recently, the vast majority of Albioma’s energy was coming from coal power stations in the French Overseas Territories of Guadeloupe, Martinique, and Réunion, as well as in Mauritius, with around 10% cofiring with sugar-cane residues (bagasse) on three of those islands, as well as burning an undisclosed mix of coal and bagasse in Mauritius. Albioma indeed co-owns four sugar cane bagasse combined heat and power plants in Brazil, as well as solar power installations and a geothermal energy plant in Turkey. However, those account for a much smaller share of their electricity generation than the coal and biomass units being converted to wood pellets.

Notes: 1) The geothermal plant in Turkey is expected to generate 47 GWh of electricity a year, but is not yet operational. 2) The figure for Réunion includes GWh from the Saint-Pierre sugar cane ethanol power plant.

Now, we are seeing that Albioma is changing itself from a predominantly coal-burning company to a biomass-burning company. With coal, the atmosphere was being inundated with carbon and with biomass, the reality is no different. In 2019, Albioma commissioned its first biomass plant intended to replace coal firing, on the Caribbean island of Martinique, despite popular protests against the plant, with environmental campaigners on the island warning about increased air pollution as well as the harm to climate and to forests overseas caused by such a plant. A year later, they converted a coal power unit on the nearby island of Guadeloupe. Both of those biomass plants have largely, if not entirely, stopped burning sugar cane residues, and replaced them with wood pellets imported from Enviva in the Southeastern USA.[4] Enviva routinely sources wood, including whole logs from mature trees, from the clearcutting of highly biodiverse coastal hardwood forests in the Southeastern USA. Furthermore, Enviva’s pellet plants are predominantly located in places where the air and wood dust pollution and noise from their operations disproportionately affect black and low-income communities, who are often already exposed to high levels of industrial pollution and social deprivation.[5]

Do not let coal conversions confuse you– if the company, like Albioma, is converting itself to burn biomass, it is still bad for the climate.

In December 2021, Albioma acquired its first pellet plant, the La Granaudière plant in the Canadian Province Québec, together with a wood storage facility at a nearby port.[6] The plant, whose previous owners went into receivership, has a production capacity of 200,000 tonnes of pellets a year. At least 95% of the wood sourced for the plant comes directly from natural forests.[7]

Although Albioma continues to speak publicly about burning as much local biomass as possible in addition to wood pellets, this is not the understanding of the contractor they chose to help to implement the first coal-to-biomass conversion, Bossard. They state: “ALBIOMA…has decided in the context of the energy transition to convert all its coal-fired power plants to wood pellets.”[8]

Then, in 2020 the French energy authority CER gave Albioma the green light to convert the first of its two coal power plants on Réunion to wood pellets. Each of those coal plants is far larger than any of those on the Caribbean islands. The conversion of the Bois-Rouge power station is well underway, including the installation of large silos to store wood pellets at the port. According to a local news article, those pellets, too, will be imported from the USA.[9] (For those who also had to Google it: yes, Réunion is located next to Madagascar, meaning that wood pellets will be shipped all the way from the USA). There are no larger, export-oriented wood pellet plants anywhere in Africa. Biofuelwatch estimates that the Bois-Rouge plant will require burning up to 440,000 tonnes of pellets a year to maintain current levels of electricity generation. [10] If the conversion of the other coal power station on the island, the Le Gol plant, is also approved, this will require up to 732,000 tonnes of pellets annually.

Here is an overview of Albioma’s current and planned capacity for burning wood pellets, based on the assumption that no other types of biomass will be burned. Co-firing of sugar cane bagasse is possible but not expected to make much of a dent in the pellet figures, especially on Réunion[11]:

Notes: 1) Biofuelwatch estimates that this plant could technically burn as many as 240,000 tonnes of pellets, however, no plans to increase its electricity burning and thus biomass burning have been announced.

In Guadeloupe , only one of the three coal-bagasse units in Le Moule has been converted so far. The fate of the other two units of that power station remains uncertain. As Albioma refers to a 100% shift of all coal capacity to biomass, they may well be looking at converting their 195 MW coal-bagasse capacity in Mauritius to burning wood pellets as well.

All of the islands where Albioma is investing in burning biomass, increasingly sourced from imported wood pellets, are in regions that have a very high and hardly tapped potential for clean renewable energy, especially solar power, but also wind power. Yet Albioma has so far succeeded in convincing the national French government and the regional island authorities to support them in perpetuating an energy model that primarily relies on burning high-carbon fuels, many of them sourced from highly biodiverse coastal hardwood forests. This is not only dangerous for the crucial ecosystems in the Southern US, but is putting our entire future at stake as well.

So, what needs to happen? First of all, the French energy authority should reject all further proposals by Albioma for coal-to-biomass conversions and dedicated biomass plants. Secondly, the regional authorities should not grant licenses for any such new developments. And thirdly, it would be a wise move for investors to use their leverage and force Albioma to move out of coal and biomass, and focus entirely on genuine low-carbon renewable energy.

We should go Beyond Burning and shift to clean & real renewable energy.

[3] Data regarding Albioma’s energy generation are taken from a combination of pages on their website (see footnote 2) and their 2020 Annual Report: albioma.com/wp-content/uploads/2021/04/Albioma_URD_20201231_VDEF_ENG.pdf

[10] These figures are calculated by an engineer, who Biofuelwatch spoke with. 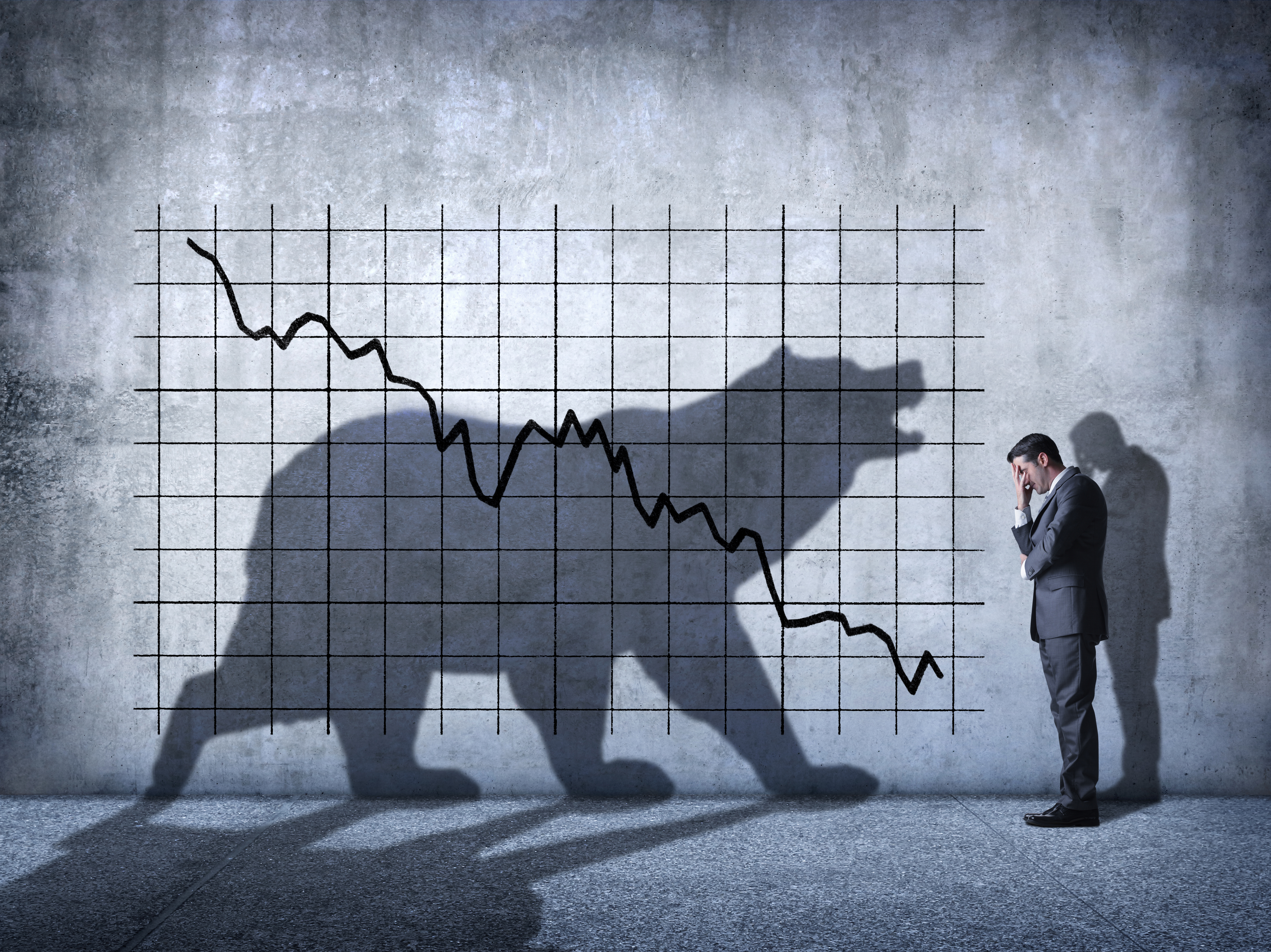 Your Investments vs. a Bear Market: How to Come Out on Top | The Motley Fool
18 mins ago

Twilio gets hacked, teens ditch Facebook, and SpaceX takes South Korea to the moon – US News Mail Tech
20 mins ago