On his early morning bike rides to school, David Yockney would deliberately seek out the crunch and splash of the ice-hardened puddles. It was a winter joy he loved, and one he took for granted. Now, 60 years later, he is surprised when ice forms a thin crust in the bird bath at his home on the Kāpiti coast, north of Wellington.

The 74-year-old climate activist has become increasingly disturbed by the changes to his environment wrought by global heating and he is not the only one. New research from the University of Waikato shows that younger and older New Zealanders are becoming concerned about the climate emergency.

The data shows that from the outset, younger people had more awareness of the risks of climate change compared with older groups. But in the past 10 years, that awareness is increasing at a comparable rate between both young and old, and now more than ever, New Zealanders believe climate change is real and caused by humans.

Understanding the risks of the climate emergency came slowly to Yockney.

The former teacher and video producer remembers hearing early discussions about the climate in the 1990s. His first ethical reckoning came when a scientist from a coal company approached him to make an advertisement “extolling the joys of coal”. At that stage, he did not have a strict set of values on the issue and the “merchants of doubt” – the coal company – were convincing in their rhetoric. He abandoned the project but it would be another 25 years before Yockney would become convinced climate change is real and caused by human activity.

In his retirement, he began reading extensively on the topic and with that came a chance to reflect both on the changes he needed to make personally, and the changes he wanted to see societally.

“You have to make changes. You can’t sit on the sideline. I’m not an angel – I would like to fly around the world and do whatever retired people do – but we do limit ourselves.”

That includes riding his bicycle for short journeys, cutting back on meat and limiting his gas heater use, even in winter.

But for Yockney, making personal changes was “essential but not sufficient”. He joined Low Carbon Kāpiti, a grassroots advocacy group that lobbies the local council on climate change. The group’s petition to urge the Kāpiti District Coast Council into becoming carbon neutral by 2050 helped clinch the council’s commitment to that target.

Ultimately, Yockney wants to leave behind a healthy world for his grandchildren.

“Our legacy will be a burning-up world and that’s not something I’m particularly proud of.

“They talk about a death by a thousand cuts, that’s what we’ve been doing. Now we need life by a million cuts – cuts to carbon emissions.”

Nearly 30% of the population on the Kāpiti coast is over 65, compared with roughly 15% for the whole of New Zealand. Former Kāpiti coast mayor and now chair of the Kāpiti Coast Climate Action Group, Jenny Rowan, said a growing number of older people in the region are rolling up their sleeves to get involved.

The group is made up of predominantly over-60s, many of whom were once policymakers in nearby Wellington.

‘I’m a baby boomer, we’re part of the problem’

Rowan, 71, became interested in the environment early on, but from a different angle. Her interest in rural politics led her to take on roles on various local boards and communities. After then spending 16 years working as a commissioner in the environmental court, she became the district mayor for the Kāpiti coast for two terms.

Rowan had an existing understanding of environmental problems, but after attending a 2019 conference in Scotland about climate change and consciousness, she knew she needed to move to direct action.

“I came home to a group of people who had got very fired up. They were ready and willing to work with the local council to see how much influence we could have in bringing the climate change issues, that relate to our part of New Zealand, into our policies.”

Rowan has noticed a substantial shift in attitudes from the local community towards people speaking out publicly about climate change.

“We’re not perceived as nutters any more, which is significant, particularly here in Kāpiti.

“I am a baby boomer. We are part of the problem. Now we need to become part of the solution and I’m seeing that happen here.”

Rowan said she hopes the collective effort will mean climate change is considered by central and local governments in every decision they make.

Dr Taciano Milfont, the lead author of the University of Waikato study, was inspired to look at intergenerational attitudes to climate change after witnessing the 2019 school strikes.

Although all age groups have become more concerned about climate change, a divide still exists between the number of people who believe it is real, and those who believe it is caused by human activity. Fewer people overall believe the latter.

“In psychology we talk about the theory of responsibility. If we believe we are not causing it, then we will keep doing what we are doing. The discourse of that would be around inaction,” Milfont said.

He speculated that the growing understanding of climate change overall, however, could be attributed to better science and climate communication.

There has also been a positive cultural shift, he said.

Milfont hopes the research will prove to policymakers that climate change is an issue New Zealanders care about deeply, and that in turn will generate urgent action at the top level. 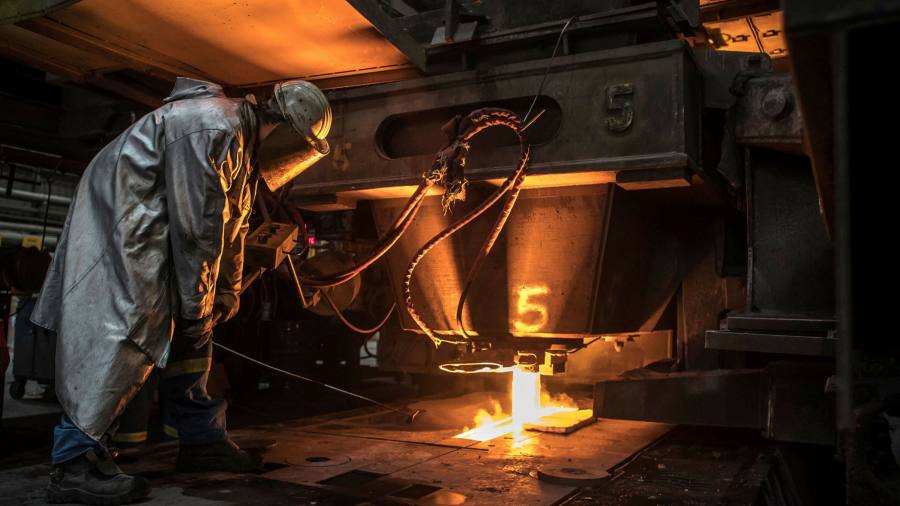