We’re only in Week 3, but this college football season already has a decidedly chaotic feel, with big upsets taking place last weekend and several other contenders brushing off close calls. This week, we have history being made by some big names facing each other for the first time.

Harry: One of the biggest matchups we’ve got this week is Auburn visiting Penn State in State College. Both teams struggled in 2020 but have started out 2-0 this season. What are your general feelings toward this game going in?

Dave: First of all, how shocking is it that this will be Auburn’s first-ever game at a Big Ten school since the SEC was formed? It’s always exciting when two brand-name teams face off in a nonconference game, but that is truly wild to me.

Harry: That stuck out to me as well. I think another thing, at least from an immediate game perspective on this matchup, is that it feels like whoever wins this one could be in for a good comeback year. Both teams have some similarities — they struggled in 2020, have defenses that will punch opponents in the mouth, and their success largely depends on whether the offense shows up just enough.

Dave: Right. And we really don’t know exactly what to expect from Auburn just yet. The Tigers have outscored opponents 122-10, but those opponents were Akron and Alabama State. They’re going to be walking into Penn State’s White Out game, and the Nittany Lions already have a tough road win over Wisconsin.

Harry: I agree. The X factor here, and I think this has been the case at Auburn for a while now, is Bo Nix. Auburn beat Alabama State 62-0, but he went just 9-of-17 through the air for 108 yards and two touchdowns. Jarquez Hunter and Tank Bigsby were eating up yards on the ground, which took away some of the attention from what Nix wasn’t doing to Alabama State’s defense. He’s going to have to play one of his better games on Saturday. You know, the games that keep some folks holding on to this hope of him being something more than what he’s consistently shown us.

Dave: Also, Auburn has to hope it’s not what he’s consistently shown away from home, either.

Harry: Since we’re bringing up records by game location: Auburn has a 1-6 record when opponents host College GameDay and has not won since it beat Tennessee 34-10 on Oct. 2, 2004.

Dave: And they also have exactly one nonconference road victory against a top-10 team. Ever. In 1984, against Florida State. All in all, they’re up against a lot of history.

Harry: But this weekend is a new game! Who do you feel like needs it more?

Dave: Penn State. A win here goes a long way in a College Football Playoff debate later on this season if it can stay in the mix.

Harry: I think that’s true. For the sake of being different, I’ll say Auburn. The Tigers haven’t had anything resembling even the slightest sort of test this season, they have a new head coach, and they could gain some serious momentum here with a road win in that environment. However, both teams can afford to lose this one and would ultimately control their own destinies if they were to win out and win their respective conferences (which is a TALL task, especially for Auburn).

Dave: In two weeks, Auburn starts a five-game stretch that includes road games at LSU, Arkansas and Texas A&M and home games against Georgia and Ole Miss. That is indeed a tall task. It feels like a lot of doom and gloom for Auburn. Here’s maybe one point for optimism: Penn State has lost five straight games against SEC teams! So who ya got?

Harry: I’m going to take Auburn. The Tigers will do just enough offensively to win the game, but a lot of that is dependent on whether they can run on that Penn State defense. What about you?

Dave: QB Sean Clifford can be as unpredictable as Nix, and that Auburn defense will be looking to pounce. But I think it’s all too much at once for Auburn. I’ll take Penn State. Then we can sit back and watch all the James Franklin-to-USC rumors fly.

The Cornhuskers visit the No. 3 Sooners (noon ET, FOX) in an old rivalry game, 50 years after the Game of the Century between the two storied programs.

Unbelievably, this is the first meeting between the two since the 2010 Big 12 championship game, which Oklahoma won 23-20. Nebraska last beat the Sooners in 1996.

Several members of the 1971 teams will be in attendance to celebrate the anniversary and are hoping for a return to the battles the squads had when national titles were on the line.

They reunited at a game once before, in 2008, which proved to be a referendum on the different directions the programs had taken since those days. Behind Sam Bradford’s five touchdown passes, the Sooners won that night 62-28.

“We were sitting there with the ’71 Oklahoma players, and Oklahoma was up 21 to zip before our seats got warm,” said Mike Beran, a Nebraska offensive lineman on that 1971 national title team. “The guys from Oklahoma were even shaking their heads, saying, ‘This isn’t the way it’s supposed to be. This isn’t right.'”

The odds aren’t in the Huskers’ favor this time around. They’ve lost 11 straight against top-5 teams and haven’t beaten a top-5 team on the road since 1997. Nebraska is 0-6 in those games since then.

Best of the week

No. 1 Alabama at No. 11 Florida (3:30 p.m. ET, CBS): This is a matchup between an Alabama team that has looked like its dominant self over the past 15 years and a Florida team with an emerging quarterback controversy. It’s a game you’ll undoubtedly make time for because of the skill involved in this matchup.

From the Alabama side, we just hope Jordan Battle plays well. Both for his own sake and because we really want to see him do more press conferences.

Michigan State at No. 24 Miami (noon ET, ABC): Michigan State looks much improved from 2020, though it hasn’t faced a test quite like Miami yet. After taking a whooping from Alabama in Week 1, the Canes recovered with a 25-23 win over a good Appalachian State team.

The most important thing to look for in this game: Is the falling cat from Miami’s game vs. App State somehow going to be the thing that turns Miami’s fortune around?

Fresno State at No. 13 UCLA (10:45 p.m. ET, Pac-12 Network): The Bulldogs were a popular upset pick over Oregon a couple of weeks ago, and they should present a fair test to UCLA if their close loss to the Ducks was any indication. The matchup to watch here is UCLA’s offense (sixth in SP+) against Fresno State’s defense (91st in SP+).

No. 8 Cincinnati vs. Indiana (noon ET, ESPN): While this game might not have the same spice it would have had the Hoosiers knocked off Iowa in Week 1, it’s still a big game. For the Hoosiers, they’re coming off of a rebound blowout of Idaho as they try to get their season back on track after big expectations were set from 2020’s breakout year. For the Bearcats, it’s the first test in a key stretch in which Cincinnati also travels to South Bend in Week 5.

These two good teams are going to come out with a lot of passion and feel like they have something to prove. Make time for this one.

Tulane at No. 17 Ole Miss (8 ET, ESPN2): Two of the top six offenses in the FBS face off in Oxford as the Rebels (48.5 points per game) face the Green Wave (52 PPG). Tulane already took No. 3 Oklahoma to the final possession of the game in a 40-35 loss that raised eyebrows. “I told our kids today, if you don’t know about conference and you just watch film and watch them play, this is an SEC opponent,” Lane Kiffin said this week.

Tulane, one of the founding members of the SEC before leaving in 1966, had a little fun with the comment in the form of some historic helmet stickers.

Bruce Barnum really wants fans to come to Saturday’s home opener against Western Oregon. As a matter of fact, he told the Oregonian that he’ll buy beer for fans who show up.

“I don’t care if you’re watching the Oregon (or Oregon State) game,” he said. “Watch them on your phone. Buy your ticket and come to the game, I think you’ll like what you see.”

Barnum said fans just had to go to the Barney Beer Garden in the stadium and tell them they heard about the offer. He’ll foot the bill, but for how many? 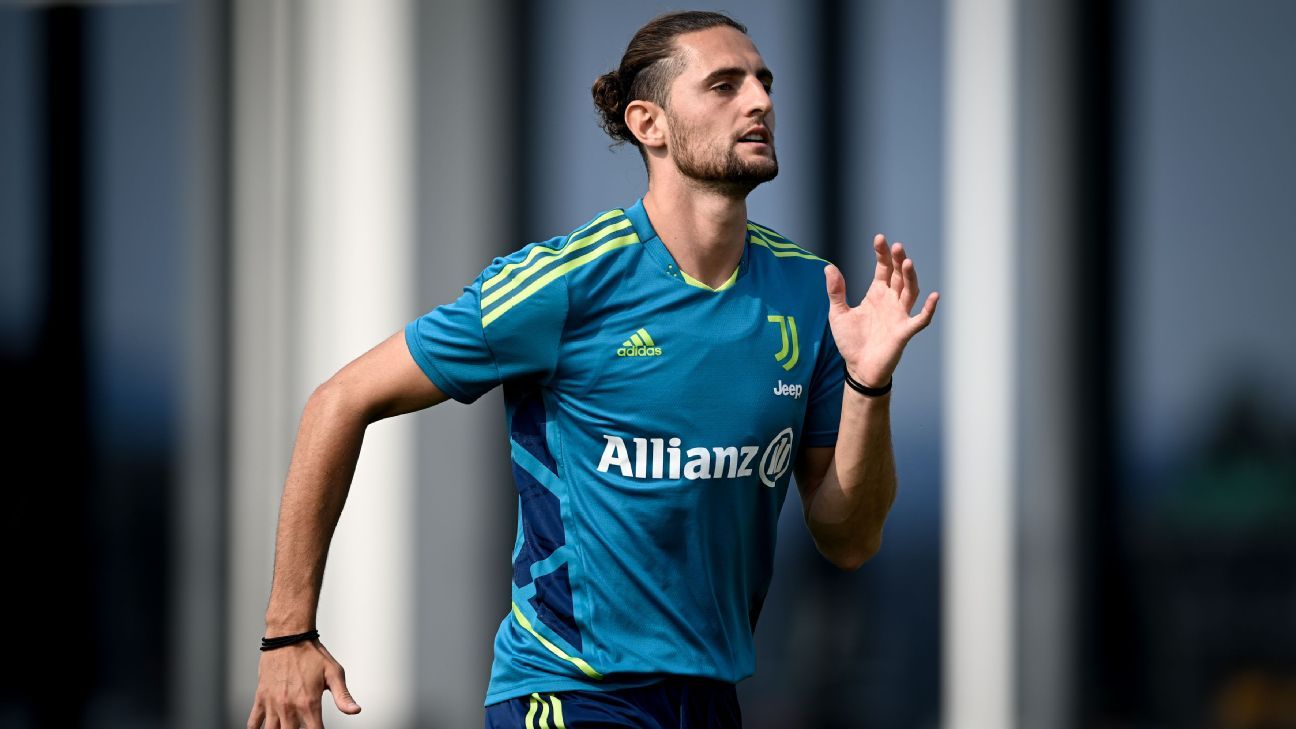 Transfer Talk: Manchester United closer to deal with Juventus over Rabiot
5 mins ago

Alcohol use can alter gut microbes, but not in the way you might think: Excessive alcohol consumption can cause bacterial overgrowth in gut, but mouse studies found this imbalance doesn’t appear to play major role in alcoholic liver disease risk
11 mins ago

Alcohol use can alter gut microbes, but not in the way you might think: Excessive alcohol consumption can cause bacterial overgrowth in gut, but mouse studies found this imbalance doesn’t appear to play major role in alcoholic liver disease risk