Read ESPN’s fantasy football Daily Notes every weekday to stay caught up on the news you need to know and get a head start on the fantasy football content coming today and tomorrow to ESPN.com and the ESPN Fantasy App.

The news: Bears QB Justin Fields injured his non-throwing shoulder on the first play of the final drive against the Falcons on Sunday.

What it means in fantasy: Fields’ shoulder pain was so severe that he had to be carted from the field after the game. His hamstrings were also bothering him during the game. Fields’ mobility waned as the game progressed after rushing 14 times in the first half, the most by any quarterback since 2000. He led the Bears in rushing with 85 yards and a touchdown on 18 attempts. Fields also had 153 passing yards and a touchdown along with an interception. He tied Kyler Murray for the most consecutive games with a pass and rush touchdown in the Super Bowl era. Fields’ arm was not in a sling, but he will have an MRI on Monday. Keep an eye out for updates. The Bears play against the Jets in Week 12.

The news: Bengals RB Joe Mixon left Sunday’s game against the Steelers with a concussion.

What it means in fantasy: Mixon had 20 rushing yards on seven carries and 42 receiving yards on three catches when he left for evaluation. Samaje Perine filled the void for the Bengals. He had 30 rushing yards on 11 attempts, adding four receptions for 52 yards and three touchdowns. Perine became the first Bengals running back in team history with three touchdown receptions in a single game. Perine could be an excellent RB2 against the Titans if Mixon fails to clear the league’s concussion protocol.

Going deeper: Mixon has averaged 19.9 touches and 19.1 fantasy points per game this season.

The news: Chiefs RB Clyde Edwards-Helaire was sidelined by a high ankle sprain on Sunday against the Chargers.

What it means in fantasy: The Chiefs tried to involve CEH more after he was not given a single rushing attempt or target and played only four snaps against the Jaguars in Week 10. He was given 2 carries but left the game before halftime. RB Isiah Pacheco rushed for a career-high 107 yards on 15 attempts against the Chargers, becoming the first Chiefs running back to eclipse 100 rushing yards this season. Jerick McKinnon ran 21 routes handling most of the passing-down work. The Chiefs’ upcoming schedule is very favorable for running backs and should have fantasy managers salivating. In Week 12, Pacheco is firmly on the RB2 radar if Edwards-Helaire misses any time.

The news: Falcons TE Kyle Pitts left Sunday’s game against the Bears in the third quarter with a knee injury.

What it means in fantasy: The worst-case scenario may have been avoided as Jordan Schultz of The Score reported that early indications are that he did not tear any ligaments in his knee. Pitts led the Falcons in receptions (3) and receiving yards (43). Once Pitts left the game MyCole Pruitt filled the void for Atlanta since Anthony Firkser was a healthy inactive. Having Pitts out for an extended period would be a major blow to a Falcons team that is surprisingly in contention for the NFC South title. We should know more after Monday’s MRI.

Going deeper: Pitts caught 68 of 110 targets for 1,026 receiving yards and a touchdown as a rookie last season. With Marcus Mariota under center this season, the Falcons offense ranks fourth in the league with 32.8 rushing attempts per game while Pitts has averaged 5.9 targets and 7.6 fantasy points.

The news: ESPN’s Jordan Raanan reported that WR Wan’Dale Robinson may have suffered a serious right knee injury on Sunday against the Lions.

What it means in fantasy: Robinson caught nine of 13 targets for 100 yards, which was his best fantasy performance this season. Robinson posted an Instagram story featuring the “disappointed face” emoji after the game. The Giants will play the division rival Cowboys in Dallas on Thanksgiving Day. As things stand now, New York looks extremely shorthanded for the rematch. Darius Slayton, who has scored at least 11 fantasy points in four consecutive games, is a candidate for a bigger role. It is also possible that Odell Beckham Jr. and the Giants will reunite as a result of Robinson’s injury.

The news: Steelers RB Jaylen Warren suffered a hamstring injury on Sunday against the Bengals.

What it means in fantasy: Warren had slowly been earning more playing time in the Steelers’ backfield. Following his injury in the first quarter, Najee Harris took the most snaps over the rest of the game and finished with 116 total yards and two touchdowns on 24 touches. Harris can be viewed as a volume-based RB1 in Week 12 against the Colts if Warren misses time as the Steelers have relied heavily on their running backs.

The news: Chargers WR Mike Williams injured his right ankle again on Sunday against the Chiefs.

What it means in fantasy: On Sunday morning’s broadcast, ESPN’s Stephania Bell and the Fantasy Football Now team discussed the possibility of Williams re-aggravating his injury. Bell mentioned on social media that it was a “challenge for a WR returning from a high ankle sprain in both cutting and landing.” If Williams misses additional time, Josh Palmer and DeAndre Carter would benefit. Palmer recorded eight receptions, 106 receiving yards and two touchdowns on Sunday, leading the Chargers with 36 routes run.

Keenan Allen also looked great in his return. He caught five of eight targets for 94 yards. Bell said Allen “looks strong so far in his return from a hamstring injury. Explosive off the line, sharp route running.” ESPN’s Lindsey Thiry reported that Allen was on a snap count, but it was very encouraging for fantasy managers to watch him play 67.6% of the offensive snaps in his first game back.

The news: ESPN’s Adam Schefter reported that Cooper Kupp is expected to miss six to eight weeks after undergoing surgery for a high ankle sprain.

What it means in fantasy: It typically takes six to eight weeks for players to recover from tightrope surgery. Some players have returned to play ahead of schedule, while others have taken longer. Getting the Rams back into playoff contention would increase the chances that Kupp could return later in the season. If Los Angeles’ struggles continue, Kupp may not play again until 2023. To make matters worse, Matthew Stafford left Sunday’s game to be evaluated for a concussion, though head coach Sean McVay could not confirm that. The Rams will likely start John Wolford or Bryce Perkins against the Chiefs in Week 12.

The news: Cowboys RB Tony Pollard stockpiled 189 total yards and two touchdowns on 21 touches against the Vikings on Sunday.

Create or join an ESPN Fantasy Basketball league today and draft your league any time before the first game tips off every Monday. Your league starts fresh with 0-0 records for the new matchup period.

What it means in fantasy: Pollard was the lead back on early downs, playing 39 snaps to Ezekiel Elliott’s 21. Elliott had missed the last two games with a knee injury and finished with 47 total yards and two touchdowns on 16 touches. In the last three games, Pollard has had 22 or more fantasy points, including two games with more than 33 fantasy points. Elliott has averaged 21.6 touches per game in his career and could reclaim his full workload. If you want to maximize Pollard’s value, now is the time to trade him away.

Going deeper: Pollard had two receiving touchdowns of 30 or more yards on Sunday against the Vikings. He became the first running back to accomplish this feat in a game since Jamaal Charles in 2015. This season, Pollard has averaged 6.8 yards per touch. The most of any running back with 100 or more touches.

What it means in fantasy: Freiermuth caught eight of 12 targets for 79 yards and ran 26 routes. He led the Steelers in targets for the second straight week. Four of Freiermuth’s nine games this season have resulted in 75 or more receiving yards. He is firmly on the TE1 radar against the Colts in Week 12. Prior to Pickens’ penalty and ejection, he caught four of six targets for 83 yards and a touchdown. He played 86% of the offensive snaps. For weeks, the Steelers coaching staff have talked about Pickens becoming the team’s top receiver. Since he played nearly the same number of snaps, ran the same number of routes, and saw a similar number of targets as Diontae Johnson, that has come to pass. Pickens has scored 14 or more fantasy points in back-to-back games. He can be viewed as a high-end flex option in Week 12 against the Colts.

The news: Chiefs TE Travis Kelce caught six of 10 targets for 115 receiving yards and three touchdowns on Sunday against the Chargers.

What it means in fantasy: This was Kelce’s 33rd career game with 100 or more receiving yards. It breaks a tie with Rob Gronkowski for the most by a tight end in league history. In addition, Kelce had a season-high 72 yards after the catch. Kelce has scored 20 or more fantasy points in three consecutive games, racking up 34 targets.

The news: Raiders WR Davante Adams caught seven of 13 targets for 141 receiving yards and two touchdowns on Sunday against the Broncos.

What it means in fantasy: This was Adams’ 13th career game with 100 or more receiving yards and two touchdowns. He has bounced back after scoring 1.2 fantasy points against the Saints in Week 8, scoring 27 or more fantasy points in three consecutive games. He is the sixth player in league history with six or more seasons with 10 or more receiving touchdowns, joining Hall of Famers Randy Moss, Jerry Rice, Marvin Harrison, Terrell Owens and Cris Carter.

Today on ESPN.com/Fantasy and in the ESPN Fantasy App

• Week 12 fantasy football rankings at every position (PPR and NPPR)

In Case You Missed It:

Mercedes CLE Coupe Spied Squealing Its Tires At The Nurburgring 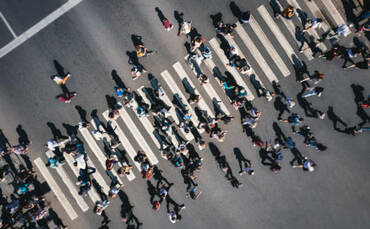 Private markets allocation boom may be ‘overblown’
1 min ago 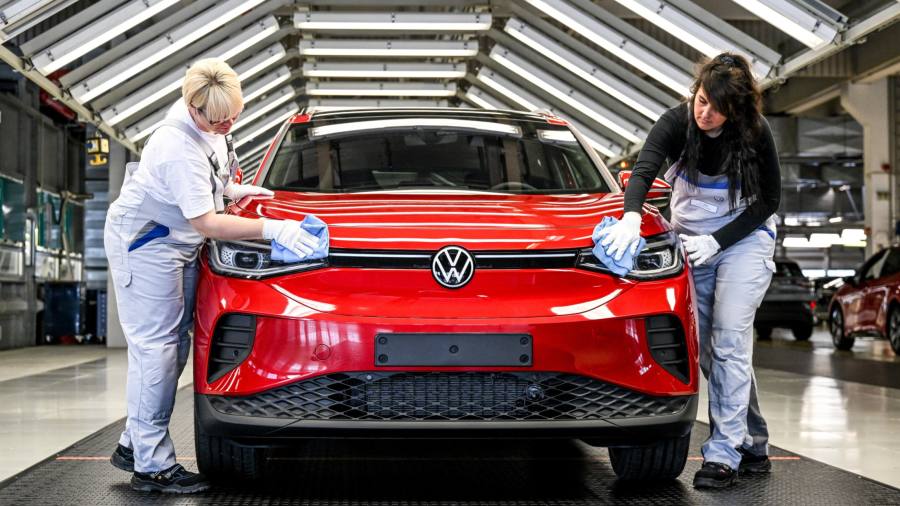