At 26 years old, Jared Goff is a two-time Pro Bowler with a Super Bowl appearance on his resume, but there’s a burning question still lingering ahead of his first season in Detroit: Can he bring relevance to the Lions?

Often viewed as an afterthought in the Matthew Stafford trade, which brought him to Motown in March, Goff doesn’t feel the need to remind outsiders of his past glory with the Los Angeles Rams.

“I try not to pay much attention to media dialogue or anything like that, but sure there’s some things that build a little chip on your shoulder,” Goff said during Thursday’s media availability. “Not that I would say I feel like I’m forgotten, but there’s some things I’ve done in this league that I feel pretty good about and excited to bring to the Lions.

“I don’t need to do that. I’ll go out and play this year and hopefully play pretty well this year and let them make that decision.”

Goff was selected first overall in the 2016 NFL draft by the Rams but is replacing Stafford, a fan favorite who spent 12 seasons as a Lion. The Lions’ front office committed to him as their guy with a strong draft class, which included selecting Oregon offensive tackle Penei Sewell to beef up the line.

Detroit also locked up Frank Ragnow Thursday to a four-year, $54 million contract extension, which makes him the highest-paid center in the league. Goff said he was in communication with Lions general manager Brad Holmes, who gave him assurance ahead of the draft that they would not be drafting a quarterback, which was a “nice vote of confidence” for him entering the season.

“Fired up. When I saw we took Penei, I know the staff was fired up and so was I, obviously, as a quarterback,” Goff said. “Any time you can get help up front, that’s always good. But yeah, we’ve got a lot of solid guys up there right now, and I think it’s shaping up to hopefully be one of the top groups in the league. 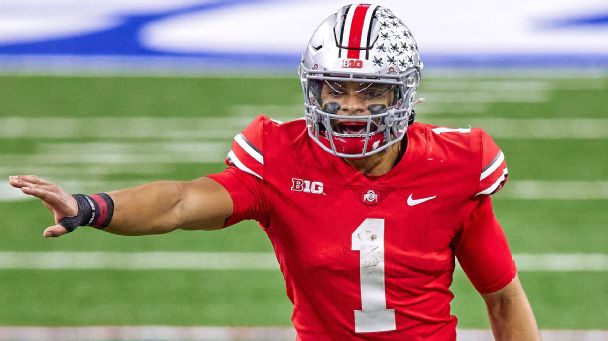 “There’s obviously a lot of work to do, and I know they know that, but there’s a lot of good players up there right now — and as a quarterback, that’s your best friend. So, I’m excited for it.”

Although the offensive line is one of the strengths of the Lions, their receiving corps is still a mystery. Quintez Cephus, a 2020 fifth-round rookie, is the only returning Lions wide receiver who had a catch for the team last season.

This offseason, the Lions added Breshad Perriman, Tyrell Williams, Kalif Raymond and Damion Ratley, who combined for 32 receptions and 552 yards last season, but they’re motivated by the early criticism that they may not be deep enough.

“We’ve got a receiving room full of guys that have handled some kind of adversity,” Raymond said. “And when you’ve got guys like that, guys come with a different level of grit, different level of chip on their shoulders. And it’s the same thing that’s kind of molded me into the player and the man that I am today, and I see a lot of that in the guys in the receiving room. So I think that’s probably the most important thing.”

Goff will be drawing from early career experiences, notably from a rookie year in L.A., where he went 0-7 as a starter. Recounting those moments can help him prepare for joining a team like the Lions, who are building from the ground up, which he is also embracing.

“The biggest thing is that it can change very quickly. It can go from unfortunately not very good last year, to good and to playoff good very quickly. It’s not easy, I’m not saying it’s show up and it works, but there’s a lot of work that can be done, but it is available. It is an option if we make it the right way and we put the work in and do the right things.”