“People will look,” warned Minna Caroline Smith in Lapham’s Quarterly about her pioneering tricycling touring of the coastal North Shore in eastern Massachusetts. It wasn’t just that the self-powered adult tricycles were novel, but so, too, were the women riding them. It was 1885.

The gender shock may now be gone but as the only person steering a tricycle on the same roads a century plus later, I knew exactly what the incisive Smith meant. My weekend travel convenience, a low-riding recumbent trike powered by hands instead of feet, was arguably even more attention-getting. This was a first try at adaptive bike touring. After a lifetime of riding around the world, I was changing to a hand cycle after spine cancer and a complication that left my legs partially paralyzed.

I had hesitated initially, aware of how low-riding would look. When I finally flipped the mental switch, I went all in. In the ultralight, performance trike I had rented from a shop called Northeast Passage in Durham, N.H., I was supine with my legs suspended in aluminum stirrups as if stretched on a low chaise longue with my head and upper torso propped up with a back-cradling husband pillow. The pedal hand grips were eye level, the black cranks and silver chain whirring around in front of me like a hamster wheel. A long pole with blinking LED lights and an orange flag trailed behind me to alert the rest of the world to notice me.

In two days retracing Smith’s 35-mile route from Malden Center to Cape Ann, I had kids gush at me and my curious rig, and young adults clandestinely stick their iPhones out car windows to catch me on video. One person whooped so unreservedly it shattered the village quiet in Manchester by the Sea.

“Do you fall asleep in that thing?” an older man in the Magnolia section of Gloucester asked covetously. At Manchester’s Singing Beach, a motorist complained I was hard to see and offered a safety suggestion. “You should go find a track somewhere,” he said.

I was glad to be riding again. I identified with the 19th-century Smith, not as a freethinking crusader exactly, but as part of the disenfranchised — a disabled man trying to join able-bodied fun. I felt a tie. Our modern, mixed-gender, middle-aged party consisted of six riders: a few experienced cyclists, others first timers. My wife Patty used a pedal assist e-bike, the rest standard issue road bikes. The vibe would be low key; there was no need to rush.

Boston’s North Shore has always been a premier cycling destination. “In and Around Cape Ann,” a popular wheelman’s guidebook published in the 1880s, lauded the views from the largely well-tended and graded dirt lanes. In 1898, in the heyday of the pre-car bike riding mania, a Boston newspaper printed a lavishly illustrated map of our bike touring route, devoting hand-drawn individual panels to snapshots of bridges, churches, elm tree-shaded gateways and signature offshore views.

The modern route’s start was no Currier & Ives postcard — a bustling Route 60 fronted our suburban hockey rink parking lot gathering point. But minutes later the automotive tumult disappeared as we set out on the Northern Strand Trail, an eight-mile, newly constructed rail trail through Everett, Malden, Revere, Saugus and coastal Lynn. The trail is also part of the East Coast Greenway, a partially completed 3,000-mile bike and pedestrian network linking towns and cities from Key West, Fla., to Calais, Maine.

The wide, well-marked trail was a revelation, creatively bordered with community gardens, vibrant murals, public sculpture and assorted green spaces and sprawling salt marshes. The road surface began with pavement then continued on gravel and dirt (since our Northern Strand ride in 2019 there have been several trail improvements, including a handsome new bridge across the Saugus River, and pavement throughout).

We traversed on the trail beneath the Route 1 overpass and around the Revere Showcase cinemas. All of us, lifetime New Englanders and some living only a handful of miles away, kept saying some variation of the same thing: We had no idea any of this was here.

The Rumney Marsh Reservation, a gorgeous 600-acre salt marsh bordering the trail and spanning parts of Saugus and Revere, would have sent Smith’s poetic heart soaring. Only five miles from downtown Boston, the habitat was a stopover for migratory birds and a permanent hangout for majestic tidal giants like great blue herons, one of which we saw flying overhead.

Large oak and birch trees, as expected, lined the path; not expected were shallow-rooted Norway maples splintered across it, the result of a recent nor’easter. Over the eight miles of the Bike-to-Sea path between Malden and Lynn’s winding seaside boulevard there were at least a half dozen trees down, precipitating all types of inventive bypasses: under, over and basically through the roughage.

My low rider, not necessarily viewed as a versatile all-terrain machine because the seat bottom is mere inches from the ground, was actually so low I could roll beneath splintered tree limbs. Where it couldn’t, I accepted a nudge, or even in the case of a then-crumbling Saugus River footbridge, a brief portage. I wasn’t demoralized — I needed help. It was an all-for-one, one-for-all group adventure.

We rode a final paved, auto-free path into downtown Salem, part of a new network of protected lanes throughout the city, this one accessed at start and finish by black metal gates resembling high wheelers. Smith’s group stopped here, too, for lunch, as well as for a touring portrait taken at the iconic, 17th-century Salem Common.

We knew about the photograph from digital reproductions, but were surprised to find the Essex Institute-owned original framed and hung in three-and-half by two-and-half-foot glory at the Witch City Mall. Their formal attire — long dark dresses for the women, militarylike uniforms for the men — belied their unmistakable sense for self-satire.

The men in particular were hams, sitting on the ground before their thrown-down penny farthings, as the high-wheel bikes of the day were known. One of the riders looked off sideways, as if ruminating on an entrancing vision (he was looking in the exact southerly direction of present day Goodnight Fatty), the sensational cookie and soft serve mainstay in the brick courtyard across the street.

The 1885 ladies lost much of their party after the official photo was taken; the remaining riders continuing on to an inn in Manchester. We didn’t get quite as far, ending a 20-mile day at the Wylie Inn in the city of Beverly. The inn (owned and operated by Endicott College) is on the grounds of a historic summer estate and is one of several magnificent Gold Coast homes dotting headlands and secluded waterfronts.

We happened to meet the owners of one of the heralded estates the next day. We were admiring a perfectly sculpted Kettle Cove bay in Gloucester, about six miles northeast of the Wylie Inn, when an older couple emerged from a hidden overgrown trail onto the shoreline street. “This is Black Beach,” offered the man, practically dressed in high wading boots, shell jacket and heavy briar-repelling gloves. “The other one is White, but we don’t call them that, we call them, Pebbly and Sandy.”

My father, Oliver Balf, was one of the numerous New York City artists who came to Cape Ann in the 1940s. Like many others he came for the summers and stayed for good. I am pretty sure as a young man his eye was drawn to the same en plein-air backdrops we saw throughout the weekend: the working fishing boats chugging about pocket harbors, low banks of starchy offshore clouds against a wide, cold-water blue sky.

On the second day, we cycled the long route between Beverly Farms and Gloucester, detouring off Route 127 onto Ocean Street and Shore Road, each stunning spur routes to ocean views. We came across a sign, etched in granite, that read, WOE TIDES and a weatherworn wooden arrow above a stone for “Old Salem Path.” On one attempt to take a shortcut back to the main road, we bypassed Thunderbolt Hill, a steeply curving, granite-lined drive near Singing Beach in Manchester where James Fields, the founder of The Atlantic Monthly, once entertained Henry Wadsworth Longfellow, Nathaniel Hawthorne and Ralph Waldo Emerson.

Touring with a hand trike, two big wheels behind me and a third centered in front, was surprisingly great. I was sitting, of course, able to relax and leisurely take in the passing countryside. But I was thrillingly entertained on downhills, leaning like a slalom skier to carve corners at speed. The pedal power from my upper body was steady and dependable, and as the tour continued, though I knew I looked different, I didn’t feel different. Trikes and e-bikes help level the playing field. More inclusive tours, and a greater variety of them, are likely to follow. But it was also good to know you can set off with old cycling friends, one of whom saw fit to ride all weekend in a period tweed vest, tie and collared shirt.

Minna Caroline Smith had initially planned for their trip to end in Magnolia, but a deepening craving for Gloucester clams brought her another four miles to a hotel near Pavilion Beach. We figured the trip would end in downtown Gloucester, too, but after a perfect fried fish and chowder lunch at the Causeway Restaurant, a noontime local favorite, we went farther, 12 miles in all, keen to round Cape Ann and thoroughly use up the day.

Todd Balf is the author of several nonfiction books and most recently, a memoir about his disability journey called Complications. 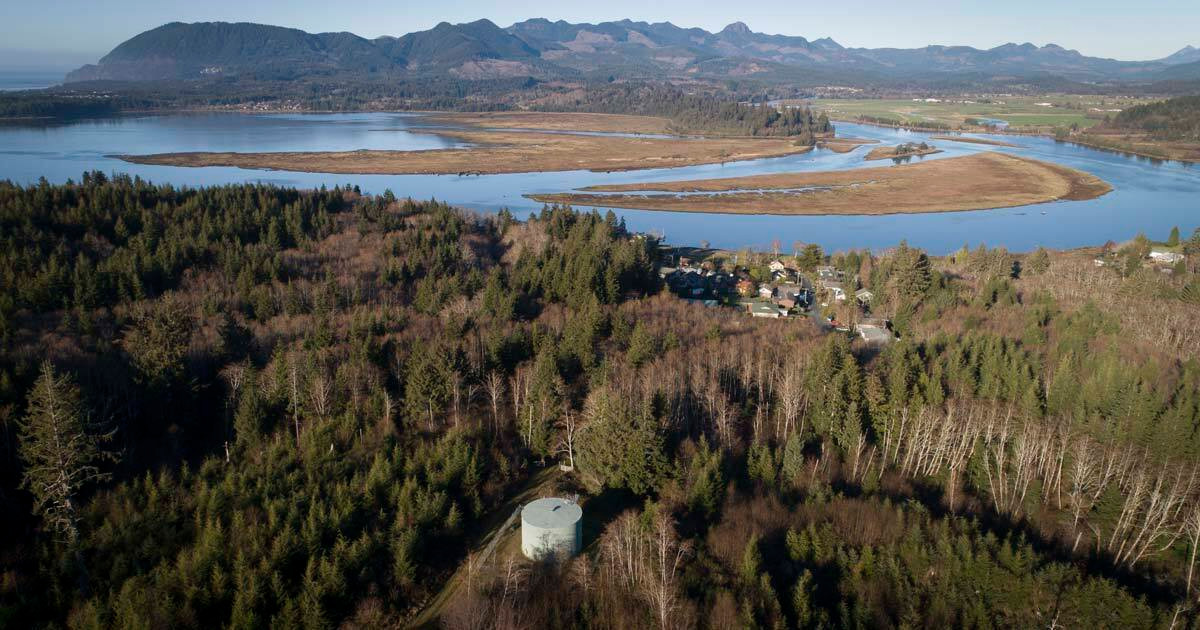 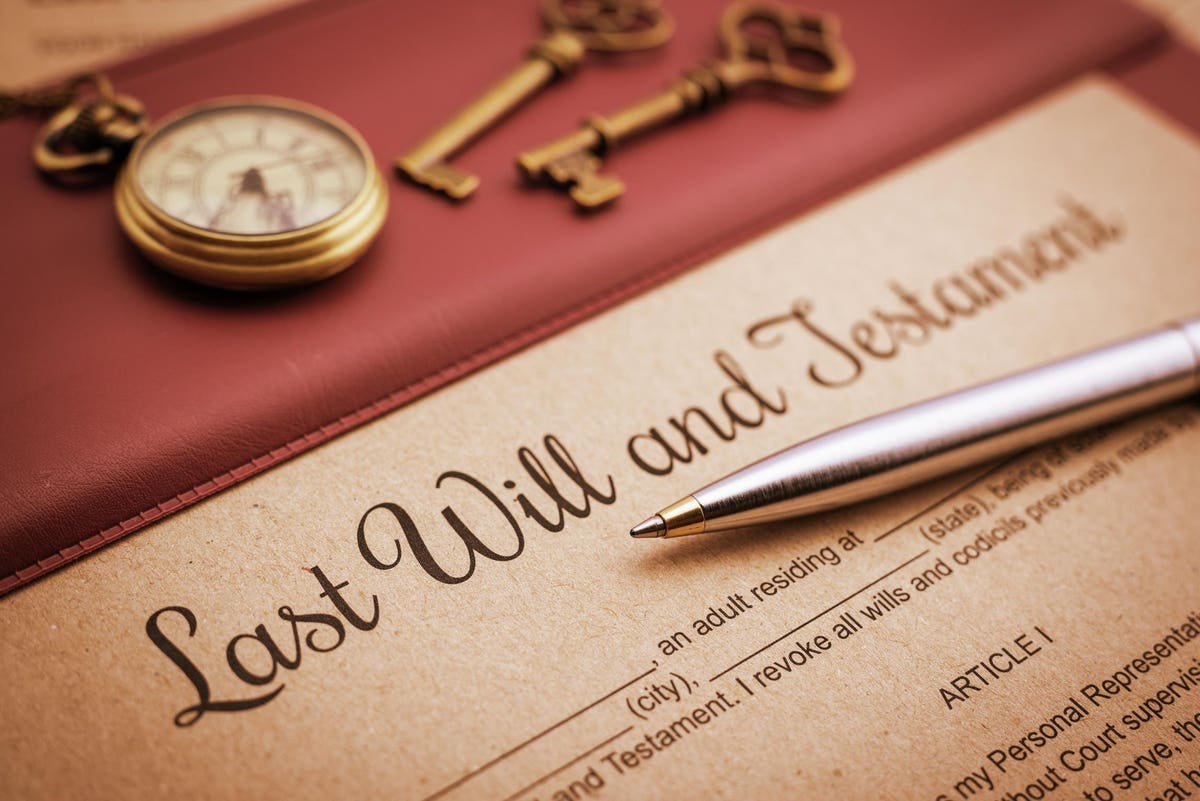 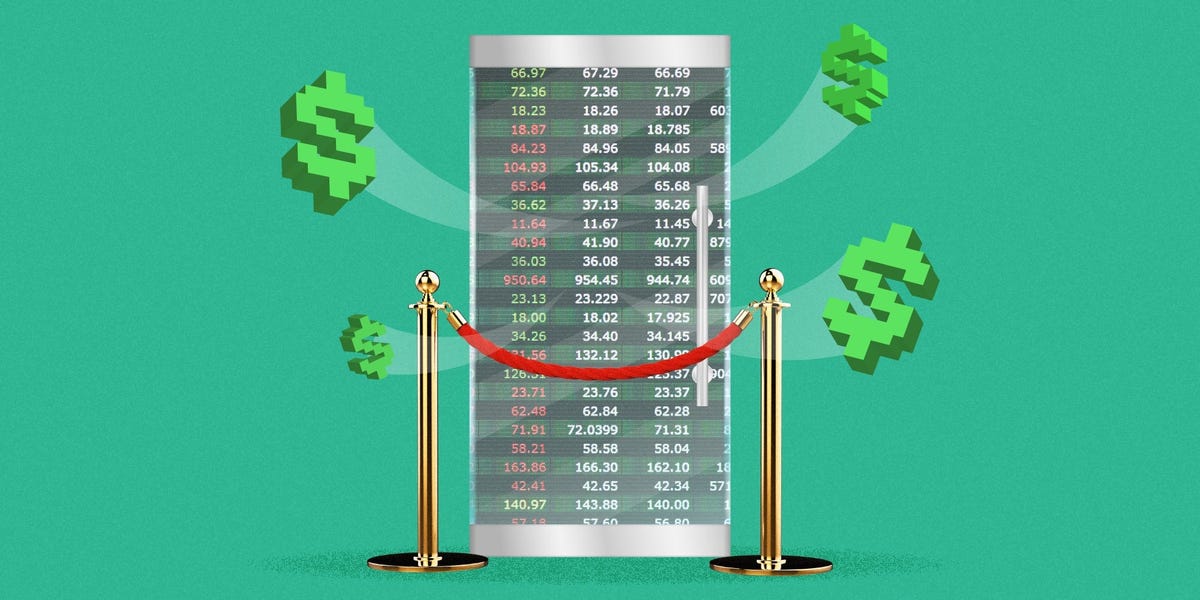 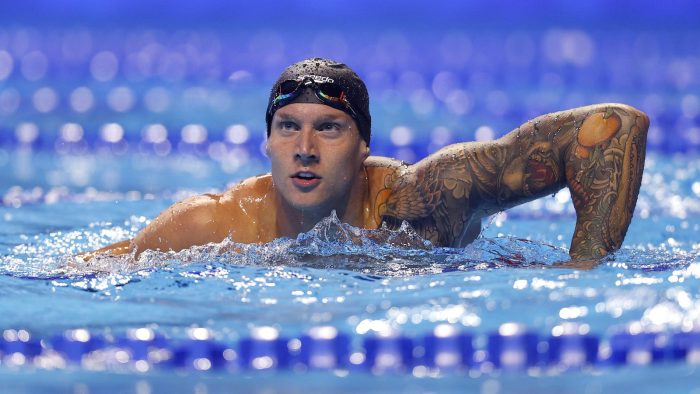 Caeleb Dressel Isn’t Just The Next Michael Phelps. He Might Be Even Better.
6 mins ago

Caeleb Dressel Isn’t Just The Next Michael Phelps. He Might Be Even Better.