Last October, inside a gym in Dallas, Trae Young got a preview of what playoff basketball could look like. He and the Hawks had been away from the court for nearly seven months by then, because their disappointing 2019-20 season had been cut short by the pandemic, and Young was ready—antsy, even—to get back to work. So he found himself at this gym, working out alongside Kyrie Irving and eventually playing him one-on-one, too. There was no clear winner from the matchup, says Alex Bazzell, who trains both players, but Young had one major takeaway from watching Kyrie operate: Irving was nearly unstoppable in the midrange, and Young realized he would have to improve in that zone if he wanted to make another leap.

After that day, Young, who was mostly known for his deep 3s when he was coming out of college, focused more on the area between the rim and the 3-point line. That was in addition to the work he put in refining other aspects of his game, with the hope that this would be the season he’d make his first playoffs.

That was the initial goal: just get there. And while Young was preparing to play his part, Hawks executives were doing theirs. Atlanta revamped its roster, bringing in players who were more suited to play with and off of Young—including shooters Bogdan Bogdanovic and Danilo Gallinari—and would complement recent additions such as defensive anchor Clint Capela. After starting the season 14-20 and sitting in 11th place, the Hawks fired Lloyd Pierce and named Nate McMillan interim head coach—and the shake-up worked. The Hawks got healthy, and they responded to McMillan’s approach. Atlanta went 27-11 the rest of the season and finished fifth in the East.

Fast-forward a month and it’s Young and the Hawks, not Irving and the superteam Nets, who are still alive in the playoffs. The team’s improbable run has turned Atlanta into one of the best stories of the season and solidified Young’s superstar leap.

“He’s always been able to score at three levels, and his instincts are great,” one scout with an Eastern Conference team said. Plus, the scout said, his physical maturation, improved shot selection, and trust in his teammates has allowed him to thrive in the tough postseason environment.

There have been plenty of opinions about Young since he entered the league in 2018. First came the Luka Doncic comparisons, then the criticism of Young’s struggles in the first part of his rookie season, and most recently the apparent chemistry issues during the Pierce era. But his arrival in the playoffs—averaging nearly 30 points and 10 assists per game—has had both a silencing effect and an amplifying one for Young. His talent has been as undeniable as his confidence, and he’s brought the Hawks to at least a Game 6 in the Eastern Conference finals.

“Every team has gone in to play the Atlanta Hawks trying to stop Trae Young, and nobody seems to have figured it out yet,” Hawks guard Kevin Huerter said last week. “He’s a fearless player. He’s one of the most confident players in the league, and he lets you know it too. Our team has kind of taken shape around that, where there’s a lot of confidence, a lot of belief, and it doesn’t matter how young we are.”

Whatever happens in the conference finals, Young now has postseason experience and success to his name—and he’s only 22. It’s clear there are still miles of space between where he is and his ceiling.

The chip on Young’s shoulder might as well be the size of Stonehenge. This is a player whose physical limits (height, frame) have always been a part of his story, and who has been taught from an early age to use any notion of being overlooked as fuel to overcome those limitations. It’s not just Young who perpetuates this—his strength-and-conditioning trainer, Travelle Gaines, even keeps a clip on his phone of two sports talk show pundits who said Donte DiVincenzo had more NBA potential than Young did coming out of Oklahoma, and he routinely brings it up to Young for motivation.

“He’s always played off confidence, and that’s kind of what makes him who he is,” Bazzell said in a phone call this week. “He’s someone that, there’s pickup runs, and guys like KD and LeBron and Kyrie are there, [and] Trae steps on the court and believes he’s the best player on the court. That’s always been the necessary separator for him.”

“He has a good ‘I don’t give a shit’ type of attitude,” the scout said. “The kid doesn’t back down.”

That confidence goes hand in hand with Young’s desire for improvement. From an early age, Young and his father, Rayford, have been on a quest to up his game every year. Rayford showed Young how to run a pick-and-roll before the guard was even a teenager. They’d practice detailed ballhandling and other advanced drills after school. And as Rayford told me in 2019, the Young family living room doubled as a film room throughout Young’s childhood, as the family played tape of Steve Nash, Chris Paul, Tony Parker, and other point guards. All of that work turned Young into a one-and-done college star at Oklahoma and the no. 5 pick in the 2018 draft. As Gaines succinctly put it: “This motherfucker works.”

The work hasn’t stopped now that Young is in the NBA. If anything, it’s picked up. Some of it is easy to see on the court: Young is making better decisions with the ball and learning when to be aggressive and how to better pick apart defenses. He has perfected his floater, sharpened his passes, and put in more effort on defense, all while continuing to get to the free throw line. But other traits—like his increased maturity and chemistry with his teammates—are less obvious.

“You’ve seen him become more of a leader,” Bazzell said of Young this season. “He’s good about giving it to [Bogdanovic] or when John Collins gets hot. He makes sure that he’s getting them the ball in the spots that they need it. So I think it’s been a natural maturation.”

The fact that the Hawks gave Young the keys to the car as soon as he entered the league naturally meant they’d incur some bumps and bruises. But it also meant that Young would get a lot of experience as the Main Guy to Stop. That, combined with his continued film work, has been one of the biggest factors in his getting to this level this early.

The change to McMillan has also proved fortuitous. Nearly every time he’s been asked about Young’s growth this season, McMillan’s go-to answer has revolved around the type of “aggressiveness” he wants Young to adopt. In other words, McMillan isn’t trying to corral Young or alter the kind of player he is—rather, he’s offered Young the support that’s allowed him to improve his shot selection and get other players in rhythm.

“The narrative is a funny thing,” the aforementioned scout said. “I remember people saying a year ago that none of Trae’s teammates liked him, right? But now I noticed the last couple of days, they’re talking like that about Luka [Doncic] more, and Trae is the hero now.”

It’s not just the winning that has served as a balm for those tensions. It’s the fact that Young has matured and become a better playmaker. As the scout pointed out, maturity requires time to develop—especially for players who came into the NBA as teenagers, and especially for young teams that are trying to build something from the ground up.

The grand opening of Young’s postseason career has been like a prime-time show. From bowing in front of a packed Madison Square Garden crowd to shimmying after crossing over Jrue Holiday for a 3, the price of admission has been worth it. Young and the Hawks have been playing with house money ever since they got past the Knicks in the first round, and now, no matter how their storybook playoff run ends, there’s already burgeoning anticipation about what’s next for the team that exceeded expectations, and the player who has assumed his place among the league’s best.

As Gaines says, even if the Hawks were to win it all this year, he and Young would still treat their offseason work with the same fervor. They’ll continue their strength-and-conditioning drills—split squats, single-leg lunges, and 50-pound kettlebell holds to strengthen his core and legs, and sprints up and down the Malibu sand dunes. And that’s before he even touches a basketball.

“We put him in a lot of uncomfortable positions,” Gaines said. “When he’s getting bumped or getting dodged or getting nicked [on the court], he knows how to power through.”

Bazzell, who has worked with Kobe Bryant, Carmelo Anthony, and Irving, will continue feeding Young film of the aforementioned three players, especially as it relates to the midrange shot. To Bazzell, the midrange is the key to unlocking another level of Young’s game.

This is all part of the process that Young’s team has established. Bazzell, Irv Roland (Young’s other trainer), Rayford, and Gaines come together to support Young, help keep him healthy, and give him the necessary tools to keep exploding toward the rim and making tough shots. “He can be better,” Gaines said. “We want him to be on this stage every year. We want him to play in the biggest moments every year, and so I think to constantly get better, that’s the goal.”

Between the motivation his personal team gives him, the confidence the Hawks have continued to show in Young by tailoring this team around him, and the way his teammates have supported him, it’s no wonder that Young is having the run he is.

“What you’re seeing is he’s just a kid out there, and he’s having fun,” Bazzell said. “He’s a true showman, and he’s leaning into the fact that there’s always going to be people who don’t like you. … What’s exciting is he’s not even scratched the surface of things that he can still get out there and improve upon.”

And if, for some reason, Young’s postseason performance has left any room for doubt, let two-time MVP Giannis Antetokounmpo—someone who would know a thing or two about improvement in the NBA—give his endorsement.

“He is an amazing player. What he can do for his size … it’s unbelievable,” Antetokounmpo said just before the start of the Eastern Conference finals. “What he’s done in a three-year span is unbelievable. He’s got to keep getting better, keep believing in himself, and the sky’s the limit for him.” 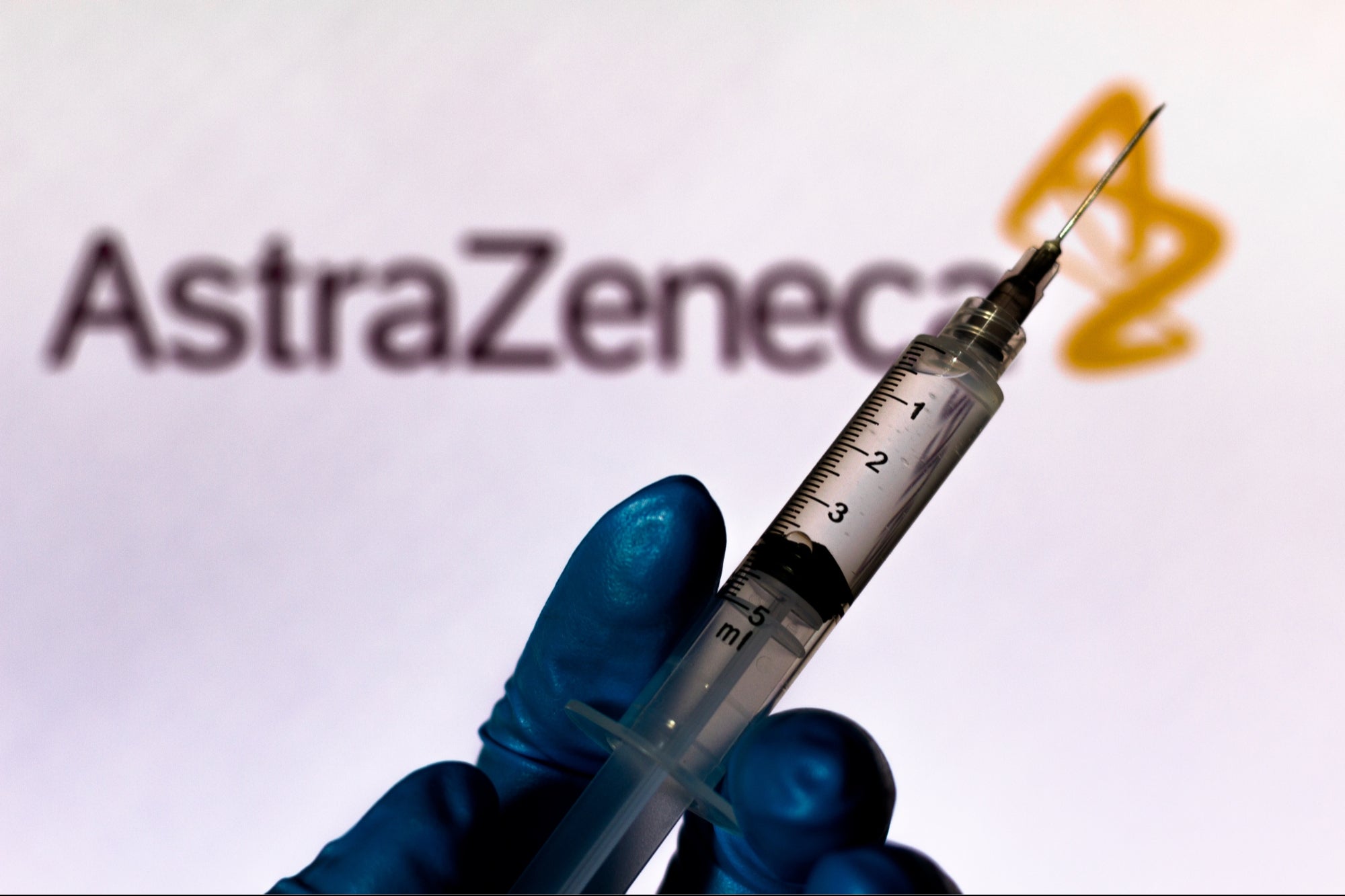 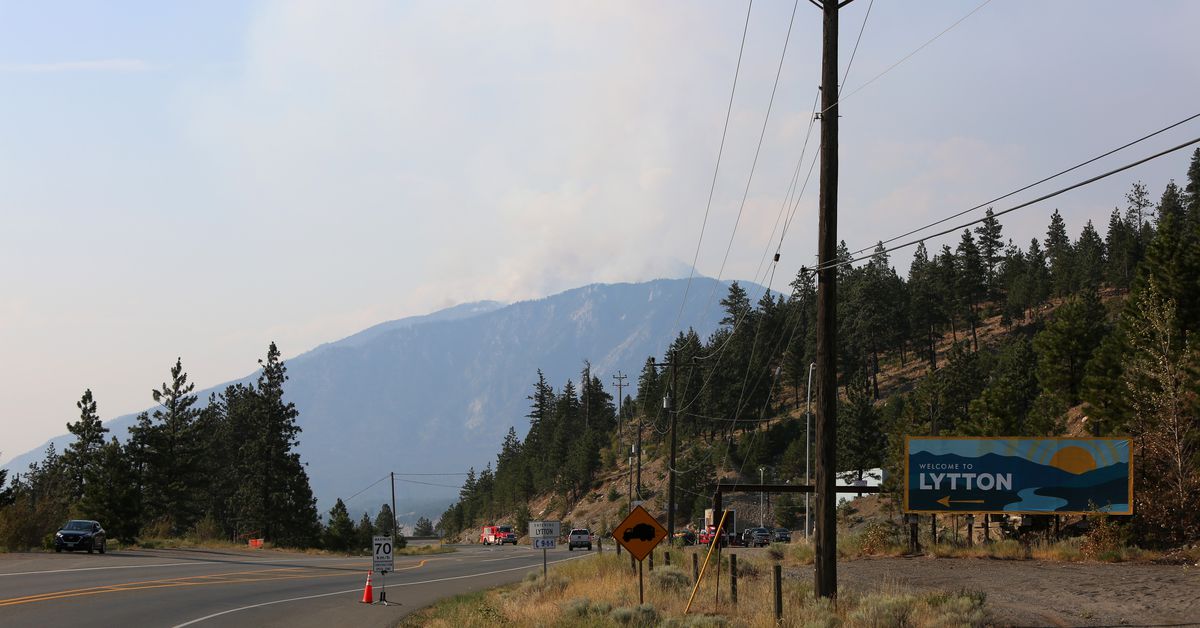 June heatwave was the ‘most extreme’ on record for North America

New insights on flowering could boost cassava crops
6 mins ago