Just as the European Union was announcing plans to spend billions of euros to contain climate change, massive clouds gathered over Germany and nearby nations to unleash an unprecedented storm that left death and destruction in its wake.

Despite ample warnings, politicians and weather forecasters were shocked at the ferocity of the precipitation that caused flash flooding that claimed more than 150 lives this week in the lush rolling hills of Western Europe.

Climate scientists say the link between extreme weather and global warming is unmistakable and the urgency to do something about climate change undeniable.

Scientists can’t yet say for sure whether climate change caused the flooding, but they insist that it certainly exacerbates the extreme weather that has been on show from the western U.S. and Canada to Siberia to Europe’s Rhine region.

“There is a clear link between extreme precipitation occurring and climate change,” Wim Thiery, a professor at Brussels University, said Friday.

Stefan Rahmstorf, a professor of ocean physics at the University of Potsdam, referring to the recent heat records set in the U.S. and Canada, said “some are so extreme that they would be virtually impossible without global warming..”

Taking them all together, said Sir David King, chair of the Climate Crisis Advisory Group, “these are casualties of the climate crisis: we will only see these extreme weather events become more frequent.”

For Diederik Samsom, the European Commission’s Cabinet chief behind this week’s massive proposals to spend billions and force industry into drastic reforms to help cut the bloc’s emissions of the gases that cause global warming by 55% this decade, this week’s disaster was a cautionary tale.

“People are washed away in Germany … and Belgium and the Netherlands, too. We are experiencing climate change,” he said on a conference call of the European Policy Centre think tank. “A few years ago, you had to point to a point in the future or far away on the planet to talk about climate change. It’s happening now—here.”

And climate scientists point toward two specific things that have contributed to this week’s calamity.

First, with every 1 degree Celsius (1.8 degrees Fahrenheit) rise in temperature, the air can take in 7% more humidity. It can hold the water longer, leading to drought, but it also leads to an increase in dense, massive rainfall once it releases it.

Another defining factor is the tendency for storms to hover over one place for far longer than usual, thus dumping increasing amounts of rain on a smaller patch of the world. Scientists say warming is a contributing factor there, too. A jet stream of high winds six miles (nearly 10 kilometers) high helps determine the weather over Europe and is fed by temperature differences between the tropics and the Arctic.

He said such a phenomenon was visible in Canada too, where it helped cause a “heat dome” in which temperatures rose to 50 C (122 F).

“And it is causing the heavy rain that we have seen in Western Europe,” he said.

Even if greenhouse gas emissions are drastically curbed in the coming decades, the amount of carbon dioxide and other planet-heating gases already in the atmosphere means extreme weather is going to become more likely.

Experts say such phenomena will hit those areas that aren’t prepared for it particularly hard.

“We need to make our built environment—buildings, outdoor spaces, cities—more resilient to climate change,” said Lamia Messari-Becker, a professor of engineering at the University of Siegen.

Those that don’t adapt will risk greater loss of life and damage to property, said Ernst Rauch, chief climate and geoscientist at the reinsurance giant Munich Re.

“The events of today and yesterday or so give us a hint that we need to do better with respect to being ready for these these type of events,” he said. “The events themselves are not really unexpected, but the sort of the order of magnitude probably has surprised some.”

Canada, US heat wave ‘on steroids’ due to climate change, say experts 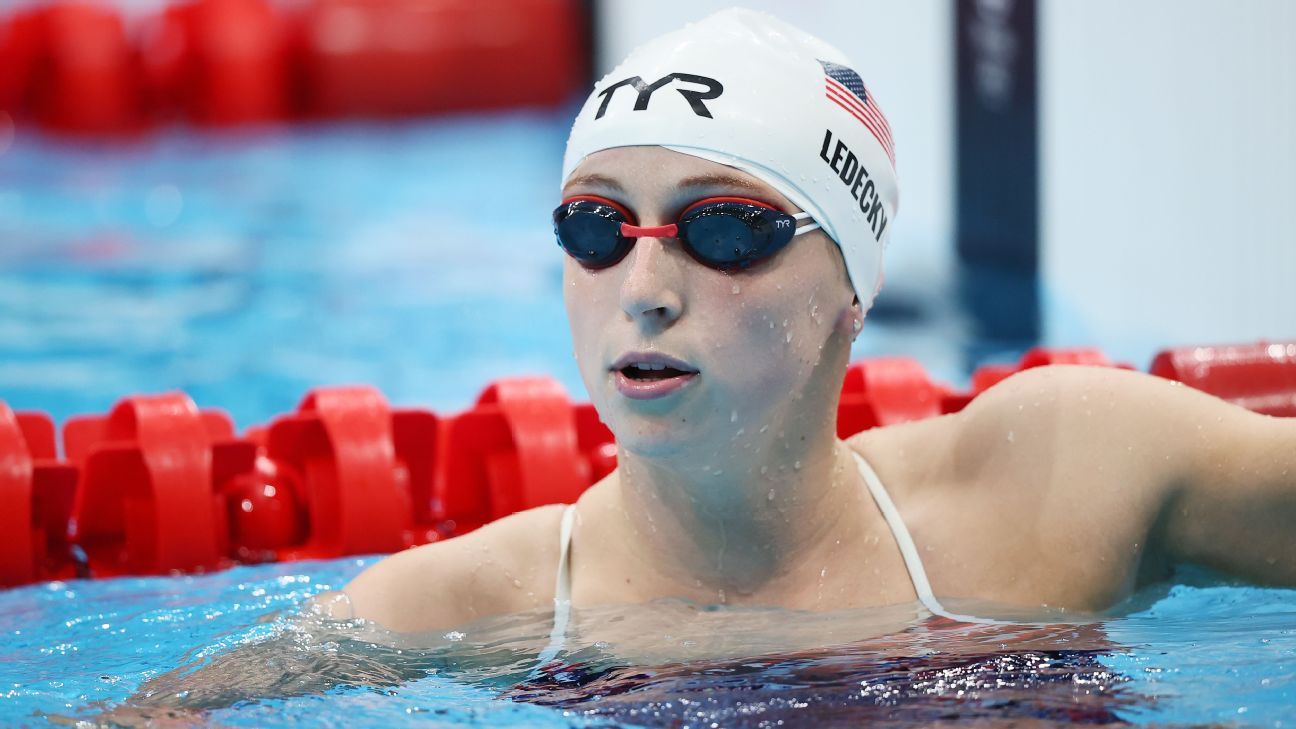 Ledecky is top qualifier in 400-meter freestyle
2 mins ago

Regulator’s Consent Not Must For Compounding Offences Under SEBI Act: Supreme Court
5 mins ago

Regulator’s Consent Not Must For Compounding Offences Under SEBI Act: Supreme Court

Naomi Osaka Just Won Her First Tennis Match at the Olympics!
6 mins ago