Dana Linnet is president and CEO of The Summit Group DC, an independent strategic advisory consultancy in Washington, D.C. specializing in defense, space and emerging technologies. She formerly held positions as a career U.S government official and contracting officer, defense executive and VP/GM for a Silicon Valley tech startup. The views expressed in the article are solely those of the author and do not reflect the views of the U.S. Government or any employer, company, client or investor.

The US News Mail Tech Global Affairs Project examines the increasingly intertwined relationship between the tech sector and global politics.

Much has been written in this space about the Defense Department’s efforts to tap Silicon Valley’s innovation — and the steep hill tech firms have to climb to ultimately win DOD contracts and cross the “Valley of Death.” The good news is that the U.S. government has heard Silicon Valley’s pleas to cut bureaucracy and foster new ways of doing business and is taking action.

Over the past year strong, bipartisan alignment has emerged between the executive and legislative branches around a set of actions aimed at closing gaps and removing barriers to success, best thought of as the “Critical 4Cs”: Culture, Contracting, Congressional Budget Cycles and Champions.

Let’s start with Champions. The American people are fortunate to have two of Silicon Valley’s greatest champions in Deputy Secretary Kathleen Hicks and Under Secretary for Research and Engineering (R&E) and (CTO) Heidi Shyu. They, along with other champions in the Pentagon, fully understand the challenge and have taken concrete steps from the top down to prime the DOD system for innovation.

For example, Hicks and her former software czar led a huge effort in 2021 to deliver DOD’s Software Modernization Strategy, which aims to better organize the Pentagon’s internal processes for adopting new software technologies across the enterprise. The strategy also produces, in effect, the formal policy “demand signal” for scaling up Silicon Valley tech across the DOD.

Hicks has also visibly empowered the CTO, her management group and the Innovation Steering Group to map the Pentagon’s innovation efforts, examine its alignment and acquisition practices and engage honestly with — and incorporate the views of — industry’s smaller tech stakeholders as moving forward. DOD has also established new programs to recruit and grow tech talent and thereby attract and retain a greater pool of defense tech champions. This gets at another key “4C”: building a tech savvy — and tech driven — culture within the DOD.

Under Shyu, an experienced senior procurement and acquisition executive who holds degrees in math and engineering, the Pentagon has been launching a raft of efforts to help it “go faster.” As head of Research and Engineering, Shyu helps coordinate the hundreds of innovation offices and efforts across the Defense Department. She’s been taking concrete action to strengthen the position of small tech innovators and reduce barriers to working with DOD.

Among them is a Technology Vision released in February, which prioritizes the Pentagon’s key focus areas such as Trusted AI, Space, Advanced Computing and Software. Under Secretary Shyu has also asked Congress for authority to assist small innovators through an expanded Small Business Innovation and Research (SBIR) grants process to mature experimental programs and increase the odds that they become programs of record. This is one of many efforts underway aimed at easing the systemic “contracting C” barriers to promising programs.

In the last “C,” Congressional budget, the Biden administration proposed in its FY2023 budget a 9.5% increase over the FY22 funding level for the Defense Department’s Research, Development, Technology and Engineering. If adopted by Congress, it would represent a significant effort to advance modernization and tech adoption, building on the measures passed by Congress in the FY22 National Defense Authorization Act (NDAA) and FY22 Budget

The FY22 legislation specifically authorized and funded DOD’s plans to reduce barriers to tech adoption and provided additional funding for software and SBIR programs. For example, the FY22 NDAA Section 833 directed DOD to develop a pilot program to implement unique acquisition mechanisms for emerging technologies. Meanwhile, Section 834 mandated accelerated procurement and fielding of advanced tech — both intended to address speed and reduce the pain of the Contracting “C” as funding levels were envisioned to rise in FY23.

Congressional members and staffers continue to hear from Silicon Valley startups about the lack of planned funding at the end of SBIR funding cycles, but Congress’s challenge, they say, is balancing rapid innovation success with oversight and accountability for such taxpayer funding. They don’t write blank checks. This is why Under Secretary Shyu’s request to Congress to expand the SBIR cycle is important.

As Congress and the Pentagon continue to address the “4C” challenges, they must avoid creating new ones. For example, when broader spending and authorities for software and new tech were passed, Congress created new reporting requirements to account for how the money was being used, in some cases, disincentivizing innovation. As one DOD program executive put it, “Now I must provide quarterly quantitative and qualitative reports on progress to include comparisons of similar programs. Thanks, but I’ll stick with [traditional programs] and focus on delivering products instead of reports.” New reporting burdens can eclipse the intent and create cultural antibodies to doing new things among well-respected yet overworked program executives. There has to be a balance between “oversight” and “free for all.” Watch this space.

A recent report from the consultancy firm Mitre outlined why simply throwing more money and expanding latitude in the SBIR grants process is an incomplete solution to solving the problem of rapid tech adoption. In a nutshell, all defense acquisition is rooted in the formal requirements process, the lengthy Pentagon process that articulates what the military needs and why, and its related acquisition and budget processes that establish how much it can buy, how and when. If a particular new technology isn’t in that requirements and budget process, it would be difficult for the Pentagon to fund and adopt it.

The current processes often pit program executives and contracting officers against the innovation teams and end users who want advanced tech now — a dynamic that makes it easier to keep the status quo. In order to make tech adoption a reality, these formal processes need an overhaul to keep progress moving in the right direction. It’s one thing to develop or test out new tech, it’s another thing to deem it a hard requirement and get it into the formal buying cycle to scale it across the world’s largest, most complex fighting force and its networks.

Authorization to Operate (ATO) presents a substantial hurdle for startups and end users alike. If a company’s software or hardware is deemed secure on one Army network, why isn’t it secure on another? Often firms must go through separate approval processes for each office, branch, or Pentagon agency. This could be streamlined without making tech adoption itself a security vulnerability, including by more effectively leveraging cloud resources. Clearly more work is needed to address ATO challenges if new tech is to be scaled at the speeds and levels Pentagon leadership desires.

The U.S. government clearly recognizes the serious national security and financial imperatives for rapidly adopting Silicon Valley’s most innovative and applicable commercial/dual-use solutions. But as the adage goes, “Rome wasn’t built in a day” and continued efforts will be needed to close gaps and mitigate unintended consequences. Startups need to continue to actively engage with the Pentagon and Congress to communicate specific examples of their “pain points” and offer constructive ideas, while at the same time adjusting to a business, compliance and contracting culture vastly different from the Valley. By working together toward success, the Pentagon and Silicon Valley are truly capable of anything, including defending the free world against the worst existential threats. 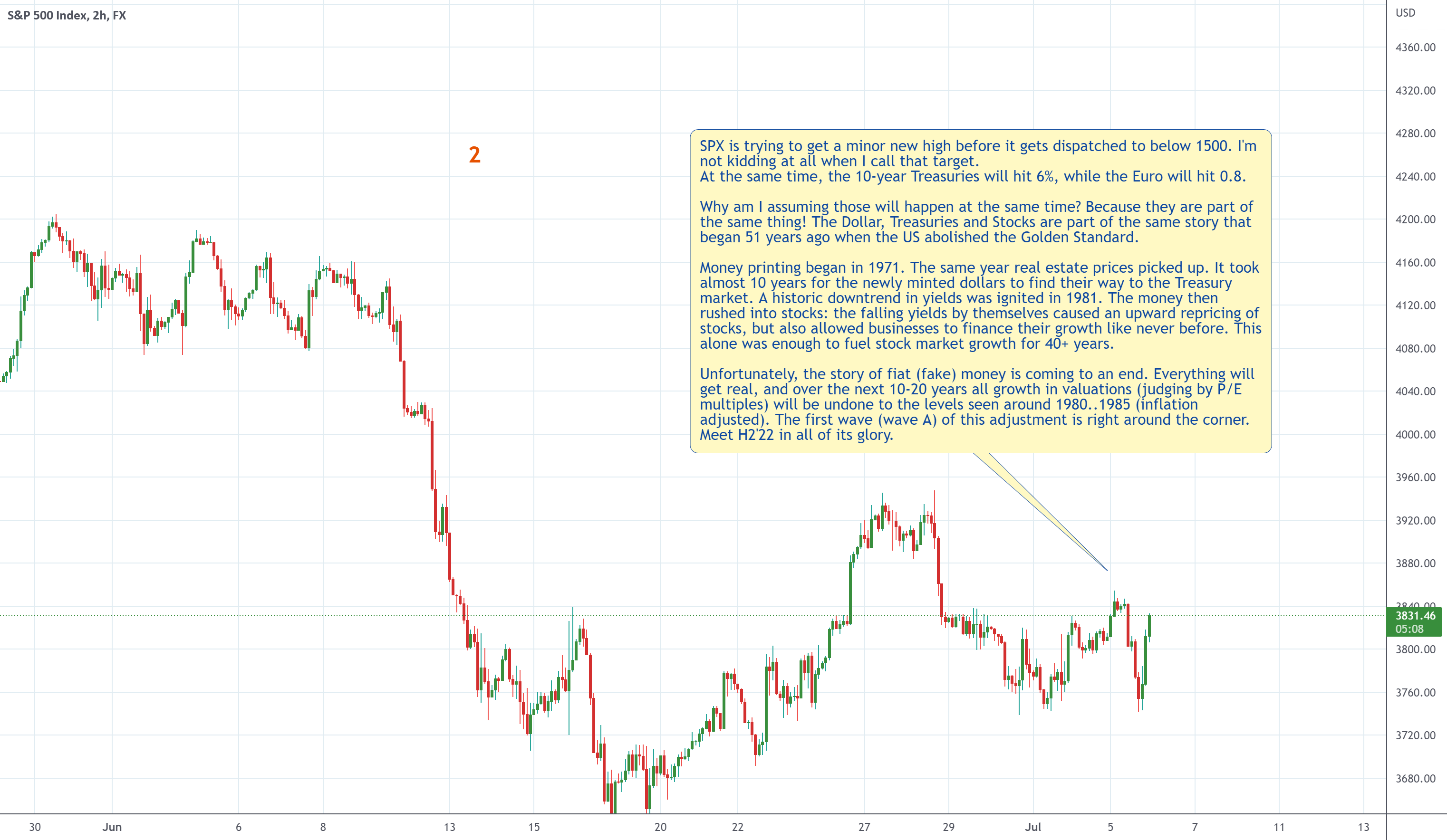 Just a few thoughts for FX:SPX500 by AndyM
9 seconds ago 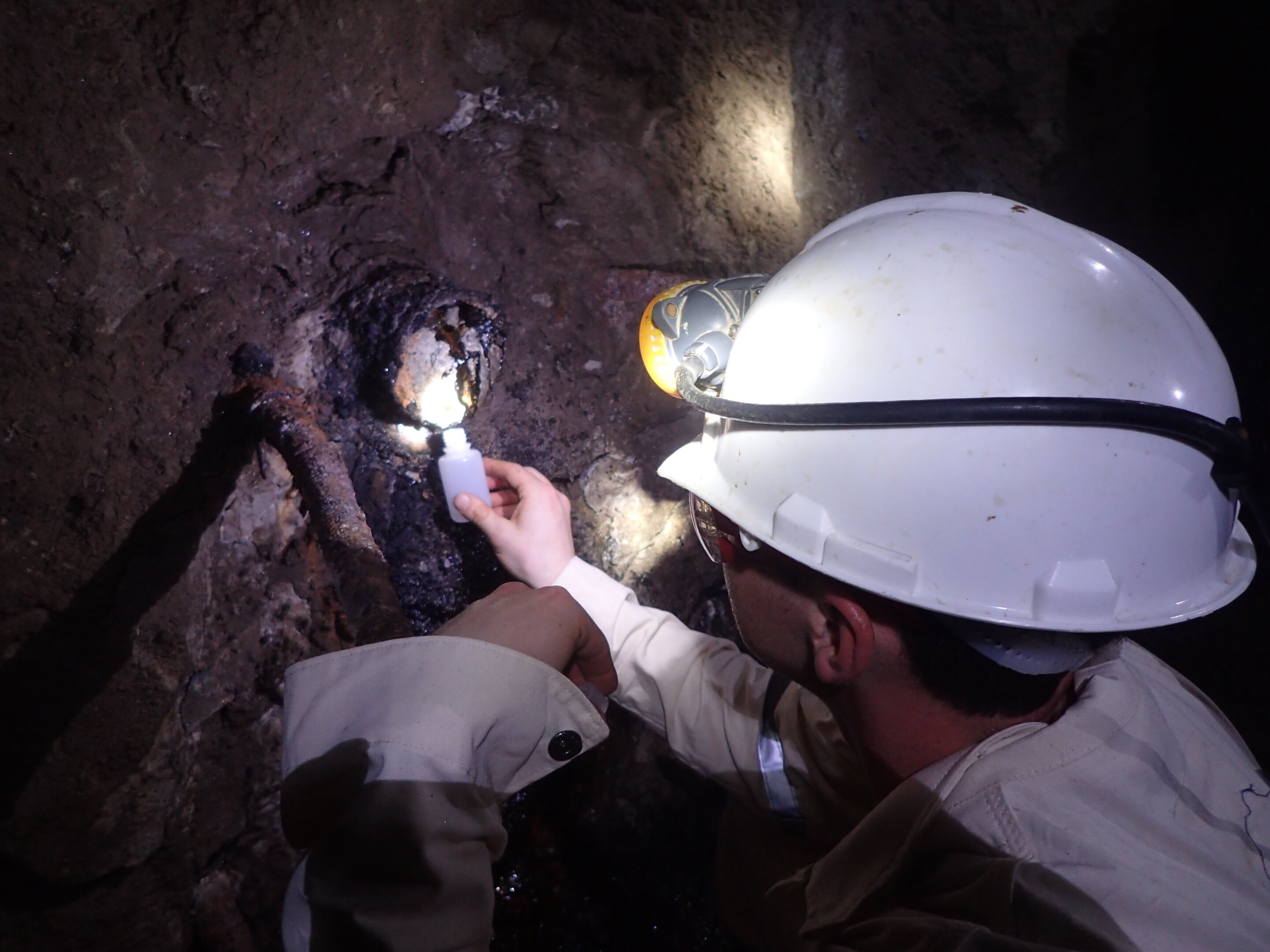 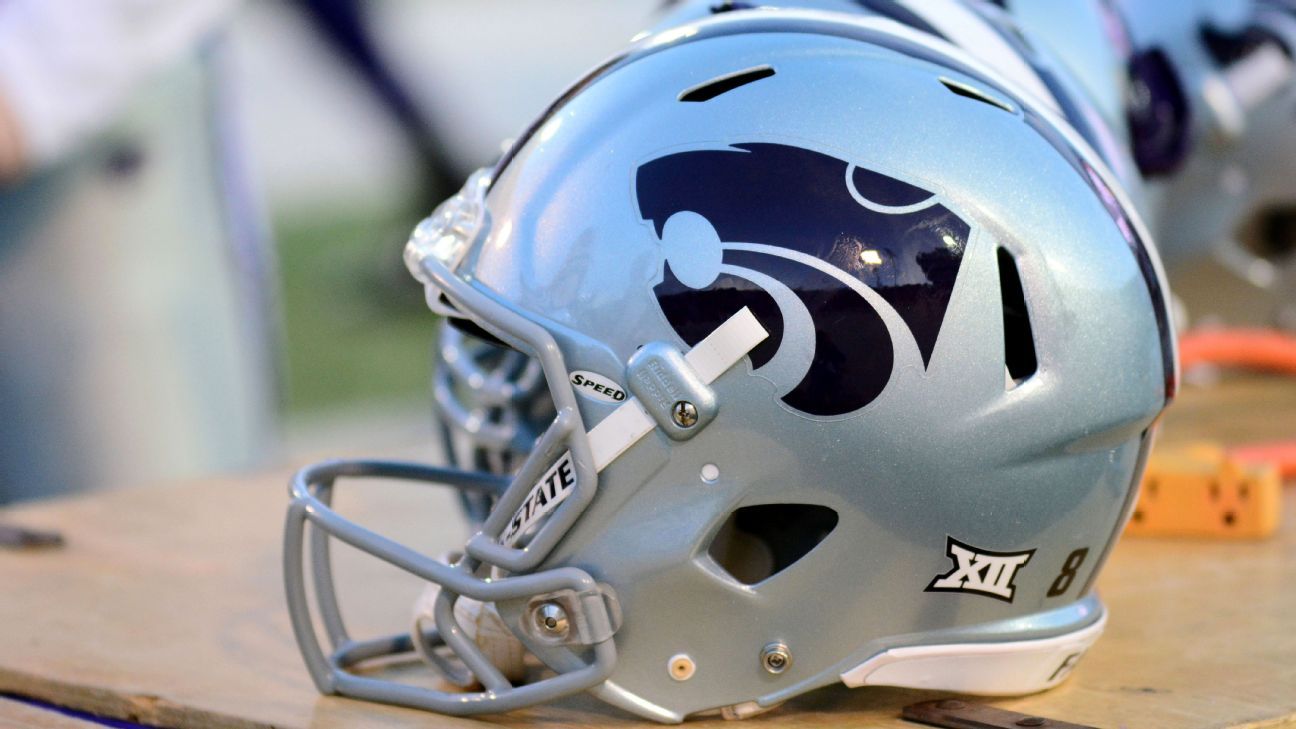 20 Under-$100 Prime Day Deals Worth Jumping on Immediately 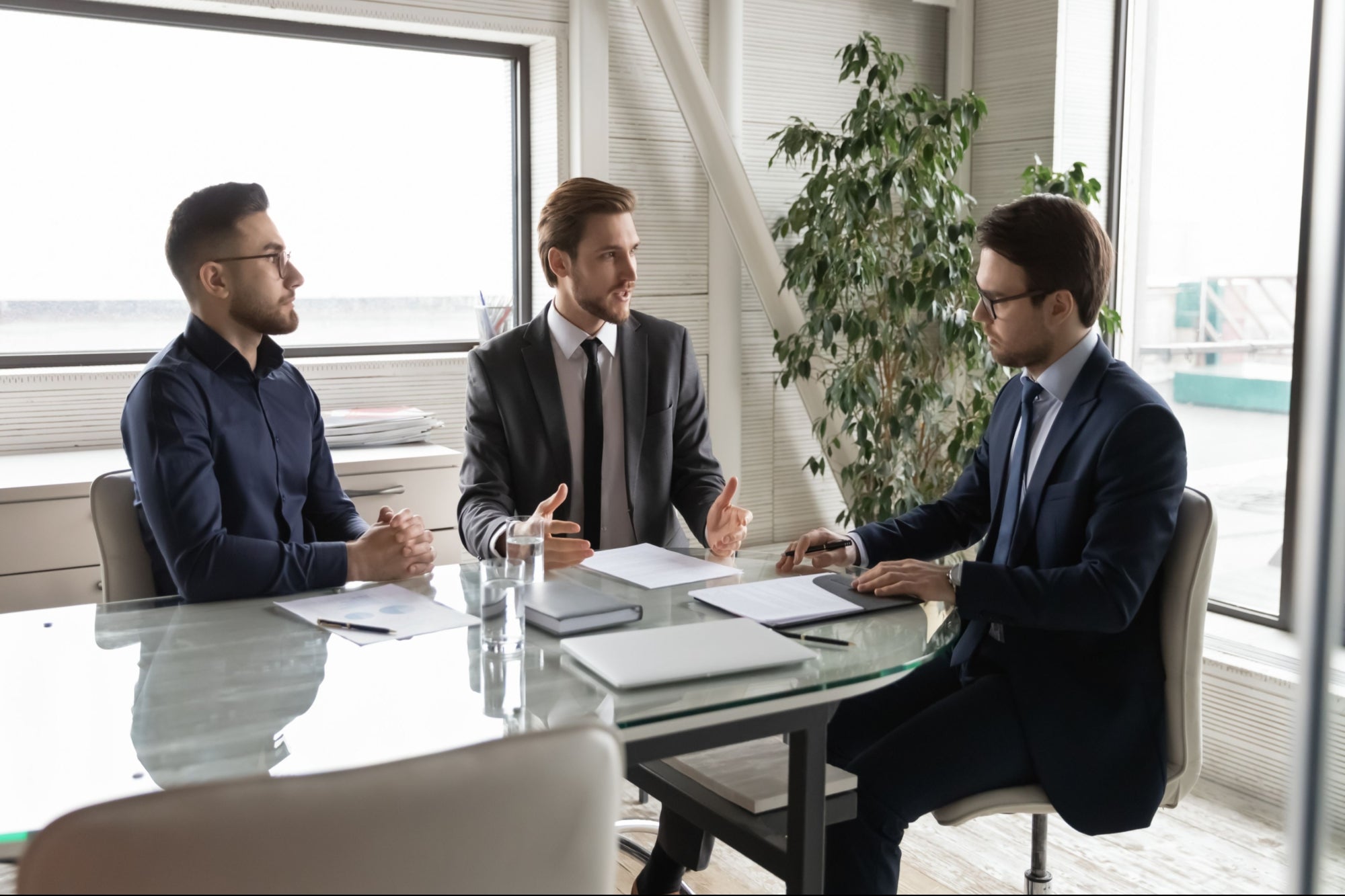 Young VCs Are About to Face Their Greatest Test