This is a call to action, a plea almost, for four smartphone companies not to lose their individuality. Oppo, Realme, Vivo, and OnePlus are all in danger of doing so, as each brand increasingly overlaps and the relationship blurs to the point where, at times, I can’t tell the difference between them.

This brand assimilation hasn’t reached the point where they are indistinguishable from each other yet, but the creep has become a lot more noticeable over the last year. This is my request to each — don’t forget who you are.

Oppo, OnePlus, Realme, and Vivo (plus another still-new brand, Iqoo) are, as part of the Chinese BBK Electronics empire, all members of the same family. BBK Electronics and this relationship isn’t really widely known, because each brand will always shout about its independence, has different management teams, and targets different segments. And you will never find BBK Electronics mentioned at any launch event. But as research proves, all roads eventually lead back to BBK Electronics.

However, this isn’t some conspiracy or reason for concern. It’s business, and not really that unusual. Car manufacturers, for example, have operated multiple brands for decades, offering different vehicles and styles to appeal to different people. There are always hints of a car’s parentage for those that look hard, though, whether it’s reused interior trim, or just shared engine components with the parent company’s brand.

Until now that’s how it has been with these four phone makers. There have been small software hints that there’s some platform sharing going on, or evidence of similar components marketed in a different way, noticeable mostly to those in the know. That’s changing, and not for the better.

The same but different?

A degree of similarity between phones is inevitable. Many phone makers use Samsung AMOLED screens and Sony camera sensors, plus Google Mobile Services and Android software. The problem with Oppo, Realme, Vivo, and to a lesser extent at the moment, OnePlus, is that the custom user interface and software is beginning to blend into one.

It was a recent back-to-back test of the Realme 8 5G and the Oppo A54 5G that showed just how much the line is blurring, especially between these two. Realme’s Realme UI and Oppo’s ColorOS are the same. They have basically the same layout, the same level of customization, and the same good and bad points. Only the name is different. I really don’t want to turn a phone over to look at the brand name to identify what it is I’m using, but it’s getting to that point.

OnePlus is suitably different with OxygenOS, but there’s trouble ahead on that front. OnePlus is still an independent brand, but it’s also now part of Oppo. Oppo’s ColorOS is greatly improved, but still not a patch on OxygenOS, which OnePlus has assured its fans will remain in place on its phones. But by working more closely together, positive aspects of OxygenOS could find their way into ColorOS, and in turn, Realme UI, further eroding the remaining individual identities.

Even business strategies are following a very similar path. OnePlus has started a multiyear partnership with Hasselblad, Vivo has signed a deal with Zeiss, and Realme is rumored to be about to partner with Kodak. Only Oppo has yet to be linked with an established camera brand. However, it has gone all-in on brand sports partnerships, becoming the official smartphone of the ICC Cricket World Cup and a partner at Wimbledon and with the FC Barcelona football club. Not to be left out, Vivo is the official smartphone partner for the UEFA Euro 2020 football tournament and a partner of the National Basketball Association.

About all that’s remaining of each company’s identity is in the marketing. But even here, a close look shows while the message may be different, the hardware often isn’t. For example, Oppo pushed the Find X3 Pro’s display’s 10-bit Color Depth hard at launch, highlighting its ability to show a billion colors. The 6.7-inch, 3216 x 1440 pixel, 120Hz refresh rate, HDR10+ certified, 525 pixel-per-inch AMOLED earned an A+ score from DisplayMate.

The OnePlus 9 Pro has a 6.7-inch AMOLED screen with 10-bit Color Depth, 3216 x 1440 pixels, a 120Hz refresh rate, HDR10+ certification, and 525 pixels per inch. It also earned an A+ score from DisplayMate. Except OnePlus doesn’t mention its billion-color ability. Fine, they’re not exactly the same. DisplayMate shows the Oppo screen has a 0.4 Just Noticeable Color Difference (JNCD) color accuracy rating, while the OnePlus 9 Pro has a 0.8 JNCD rating. Vive la différence!

Many of these same arguments could be levied at how Huawei and Honor used to operate — with Honor formally being part of Huawei, and the pair sharing software and hardware at the time — but the relationship between the two companies was always pretty clear, and who each brand targeted was also obvious. Honor always did a good job of feeling different from Huawei as well, and made a point of emphasizing its individuality at every opportunity.

Oppo and Realme also emphasize their individuality, but in realit,y it’s becoming less believable with each phone release. While no Oppo or Realme phone is exactly the same, many are very close in specifications, with only small differences in design. They haven’t reached the overt incestuous nature of Xiaomi and Poco and their absolutely identical M3 Pro 5G and Redmi Note 10 5G models yet, but it may not be long before they do.

If Realme and Oppo are slowly becoming one, Vivo and OnePlus are currently behind the curve, with each being distinct from each other and from Oppo and Realme, too. Rather than being a surprise, or evidence there’s actually no crossover between the brands, it’s simply the way things should be. A OnePlus phone should be different from a Vivo phone. At the moment they are, but Oppo and Realme’s similarity shows it may not last.

Stop the change before it really sets in

Saying a Realme phone is for those who “Dare to Leap,” and that Oppo phone owners “Play with heart,” isn’t enough. I remember talking to Realme right at the very start of its journey and being intrigued by its scrappy personality, I’ve loved trying Vivo’s often crazy concept phones, seeing Oppo do things very differently with design, and being part of OnePlus’s ascension from fledgling startup to a megabrand that hasn’t forgotten that startup mentality.

Personality and brand identity is more than a catchy hashtag, and each has worked hard to obtain what it has today. But it seems to be disappearing. It doesn’t matter to me if all four are part of one massive conglomerate, provided all four are distinct, individual, and have their own way of doing things. I want to want a Realme phone, and not have to wonder if the almost identical Oppo phone is a better buy. A lack of identity just means confusion.

BBK Electronics needs to see the value in keeping Realme, Oppo, Vivo, and OnePlus completely separate. The smartphone world has already lost LG this year and BlackBerry last year, and is less interesting because of it. Blending these four into one barely defined, amorphous brand would be equally as unfortunate. 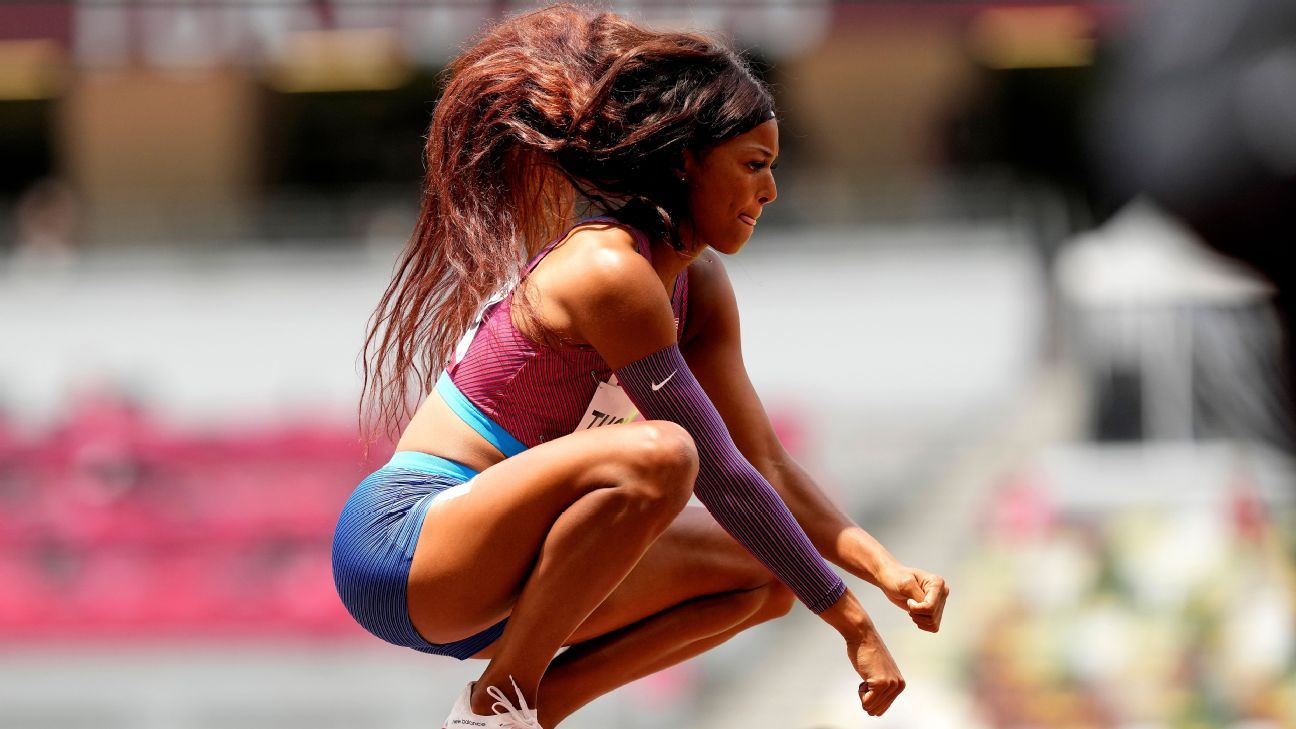 Olympics 2021 live updates: Back to the track, U.S. women’s hoops pursues perfection and USWNT has eyes on the final
5 seconds ago 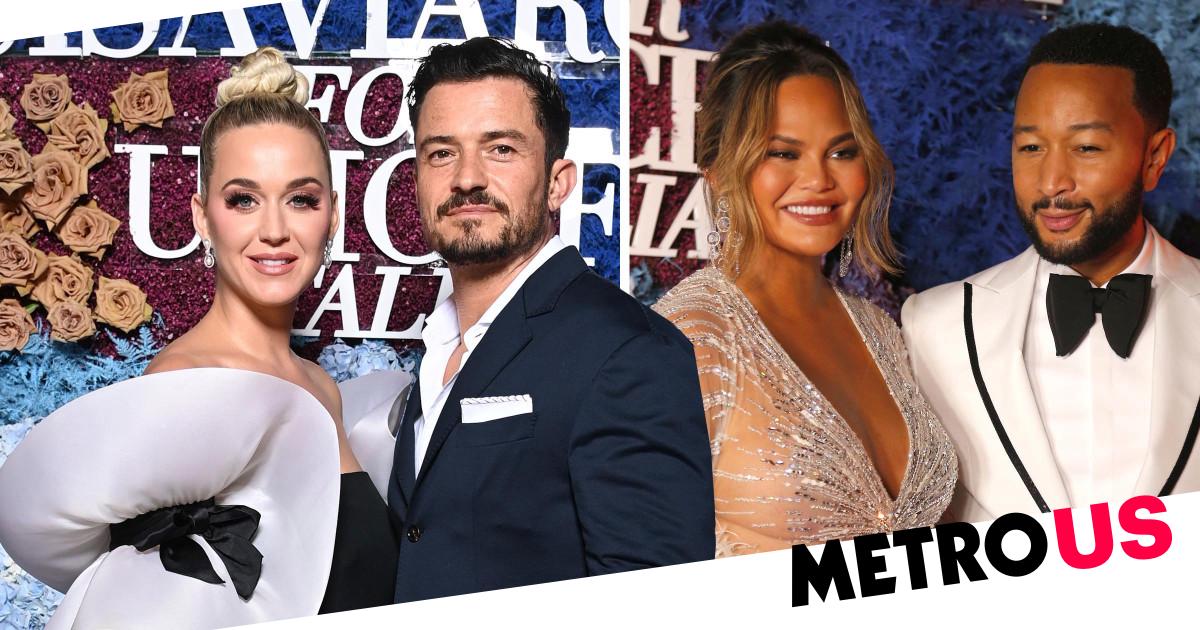 Exploring Earth From Space: Malé, the Maldives – One of the Most Densely Populated Cities in the World
11 mins ago