Dylan Voller was already a polarizing figure in Australia when the disturbing, violent and demonstrably false accusations against him began to appear on Facebook.

Mr. Voller had become famous overnight in 2016 after a television news exposé on the mistreatment of juveniles in the country’s criminal detention system broadcast a photograph of him, at age 17, hooded and strapped to a chair by guards. The image, likened by some to those of prisoners at Abu Ghraib in Iraq, shocked many Australians, prompting a national investigation.

Beneath articles about the investigation written by major Australian news outlets and posted to their Facebook pages, several commenters attacked Mr. Voller. Some made false accusations, including that Mr. Voller had raped an elderly woman and attacked a Salvation Army volunteer with a fire extinguisher, blinding him.

“The comments were getting shared around, and I worried that people would think they were true,” Mr. Voller said.

His victory this month before the country’s top court could be a blow to Facebook’s ability to draw eyeballs to its content. It also further muddies the waters in a global debate over who should be held liable for what is said on social media.

Mr. Voller must still prove he was defamed. But in response to the top court’s decision that the media outlets could be held liable for online comments from others, some Australian news outlets are reconsidering what kinds of content they put on Facebook, potentially limiting engagement with readers.

“We won’t post stories about politicians, Indigenous issues, court decisions, anything that we feel could get a problematic reaction from readers,” said Dave Earley, audience editor at Guardian Australia.

Facebook has added a feature that allows a page administrator to entirely turn off comments on a post. But Mr. Earley said the platform had been reluctant to offer more finely tuned options for moderation because comments drive engagement — a key to Facebook’s business model.

“It’s to their benefit for there to be comments on everything,” Mr. Earley said.

For Facebook, which has long insisted that it is a neutral vessel for public discourse, the court’s ruling may offer a type of indirect amnesty. While the company may still face defamation suits in Australia, plaintiffs there will be more likely to take local people and media companies to court.

And if adopted more widely, the view endorsed by Australia’s court could stifle the sort of freewheeling discourse that often keeps users glued to social media.

The Australian ruling comes at a moment when many places around the world are grappling with how to assign accountability for what is said on social media. In the United States, Section 230 of the Communications Decency Act holds that online platforms have automatic immunity from what people say in third-party comments.

The legislation, which has been called a “gift to the internet” because of its pro-speech stance, has recently come under scrutiny from both sides of the political spectrum, though for opposite reasons. Democrats have argued that Section 230 should be repealed so that social media companies can be held accountable for misinformation and hate speech spreading widely on their platforms. Republicans who dislike the law say online platforms are using it to silence conservative views.

Elsewhere, in an extreme attempt to legislate against moderation, President Jair Bolsonaro of Brazil tried but failed to bar social media companies from removing inflammatory or misleading content, including his claims that if he loses the election next year the results will have been rigged. The British Parliament is considering a plan to give media regulators the power to force platforms to remove illegal and harmful content.

The most comparable measure, she said, was a 2015 ruling in the European Court of Human Rights that said the owner of an online forum can be liable for harmful comments left there, even before the owner realizes it. But a European court a year later said the ruling applied only to hate speech, not defamation.

“The court held that a rule like this would violate internet users’ fundamental right for freedom of expression,” Ms. Keller said.

While the Australian ruling directly affects only Facebook page administrators in the country, it could have global implications. In 2002, a court ruled that an Australian citizen could sue an American media company for a defamatory article published overseas. At the time, the ruling was characterized as a “devastating blow to free speech online,” potentially obliging publishers to censor themselves. In the United States, legislation was later passed to make such a foreign defamation ruling unenforceable.

But with this new ruling, Australian residents could still go after international media companies with bureaus outside the United States for any comment ever left on their social media pages.

“The concern is that this will make Australia a magnet for international defamation disputes,” Matt Collins, an Australian lawyer and defamation expert, said.

Even before Australia’s top court backed Mr. Voller, the young man who sued the media outlets, his argument had prevailed in a lower court and had already been felt throughout the country. Last year, the owner of a community Facebook page for a wealthy suburb of Sydney shut it down after receiving the threat of a defamation suit stemming from a comment somebody had left about a rival group.

Mr. Collins worries that similar cases will be brought by those hoping to quash public discourse on certain topics.

“The best public interest journalism and commentary is often defamatory and controversial,” he said. “This decision plainly chills the freedom to discuss these matters on these online platforms.”

Mr. Voller has defended his lawsuit. Now 24, he has publicly apologized for the crimes that landed him in juvenile detention, including assault, robbery and car theft. He has cited both his time in juvenile detention and the rumors circulating about him as damaging to his mental health.

Mr. Voller, an Indigenous man who is now a youth justice campaigner, said the court’s ruling would help protect vulnerable people in his community from the type of abuse he suffered online.

“Some of the comments made me feel suicidal,” he said. “I’m doing something right if I’m making people think about how to limit this type of thing from happening to other people in the future.”

Sheree Zampino: Garcelle Plays ‘Clean Up’ in Her Friendship with Sutton

What does ‘back to normal’ mean for people hit hardest by the pandemic? 
2 mins ago

What does ‘back to normal’ mean for people hit hardest by the pandemic?  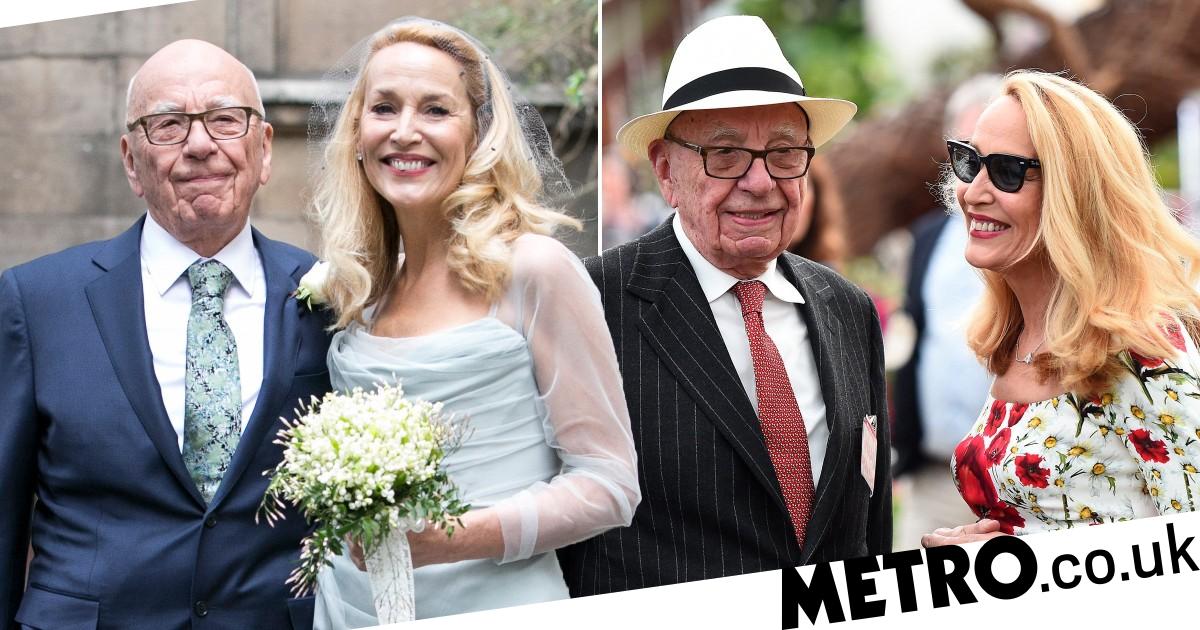