SHEBOYGAN, Wis. — The European team, which had won four of five and nine of the last 12 Ryder Cups, stuck with its recipe that has worked, with nine veterans and three rookies.

The Americans, who had been on the losing end so many times since the turn of the 21st century, went instead with an injection of youth, length off the tee and clean slates with six rookies.

After the first day of the 43rd Ryder Cup at Whistling Straits, with the Americans leading 6-2, youth is winning out over experience so far.

Four of the six U.S. rookies played in the Friday morning foursome matches, and each of them — Daniel Berger, Collin Morikawa, Patrick Cantlay and Xander Schauffele — were part of teams that won. Cantlay and Schauffele defeated veterans Ian Poulter and Rory McIlroy 5 and 3.

The other two rookies, Harris English and Scottie Scheffler, participated in the afternoon four-ball matches. English and Tony Finau defeated McIlroy and Shane Lowry 4 and 3. Scheffler and Bryson DeChambeau tied their match with world No. 1 Jon Rahm and Tyrrell Hatton.

Rookies had a hand in winning each of the Americans’ six points. Schauffele is the fifth U.S. rookie to go 2-0 on Day 1 since 1979 and the first since Keegan Bradley in 2012.

Here’s a look at the other winners and losers from the first day:

The American captain wasn’t second-guessed by many for the six captain’s picks he chose. They were largely the highest-ranked players in the Ryder Cup points standings, with the exception of Scheffler. All but one of them (Jordan Spieth) earned at least a half-point on Friday. After the Americans grabbed a four-point lead on the first day, it would be hard to argue with any of Stricker’s pairings. Of the eight matches in the first two sessions, the U.S. team lost only one.

He’ll roll out the same pairings for Saturday morning’s foursomes, although in a different order and against different opponents.

Check out the Saturday morning matchups

“We had one other group that we were thinking about putting out, but it went so well [Friday] morning that I figured why mess things up and change things up at all,” Stricker said.

Stricker, a Wisconsin native, would love nothing more than to end Europe’s dominance. His team took a big step in doing just that. It was probably a wise decision to rest Morikawa and Brooks Koepka, who were hampered by injuries late in the PGA Tour season, in Friday’s afternoon four-ball matches. They’ll be well-rested for Saturday and then Sunday’s singles matches.

It’s easy to criticize the popular Irishman after the European team’s struggles, but two of his pairings in the Friday morning foursomes were perplexing, to say the least. Neither McIlroy nor Ian Poulter came into the Ryder Cup playing well. The decision to pair them together backfired in an ugly loss to Cantlay and Schauffele. Likewise, Lee Westwood hasn’t played particularly well since March. Westwood and partner Matt Fitzpatrick aren’t long hitters and struggled to keep up with Koepka and Berger in a 2 and 1 defeat.

“I just think the last couple of matches there, when it was really, really tight, the boys came through, and it certainly felt like we couldn’t have afforded [to lose],” Harrington said. “Those two halves at the very end were crucial for us. As much as we would have liked to have gotten wins on the board, we didn’t feel like we could afford to have lost those matches. Maybe a little bit of momentum swing there, and we feel good about that. And coming out [Saturday], obviously we need a big day.”

Clearly, Harrington’s team will have plenty of work to do this weekend. The four-point margin is the U.S. team’s largest day-one lead since 1975, when it was up five after the first day. It’s only the eighth time in the history of the Ryder Cup that a team had a lead of four points or more after the first day; six of the previous seven teams went on to win, with the exception of Europe at Brookline in 1999.

Michael Jordan likes what he sees after Dustin Johnson sinks a clutch putt.

The former World No. 1 struggled with his form for much of this past PGA Tour season, particularly off the tee. But he looked like one of the U.S. team’s best players on Friday while teaming with Berger, a former Florida State teammate, in a morning foursome, and Schauffele in an afternoon four-ball match.

Johnson had birdies on three straight holes to help he and Schauffele pull away in the four-ball match.

“Pivotal part of the match,” Schauffele said. “It was a key point. I just sort of took a step back and tried to stay out of his way. That’s what you do when Dustin is rolling. And it was big momentum shifts because they were looking to win a couple holes back, but Dustin sort of made that putt prior and ended up putting pressure on their short putts to win. Those are big putts in the middle part of the round.”

McIlroy hasn’t won a major since the 2014 PGA Championship at Valhalla. He ended an 18-month winless drought with a victory at the Wells Fargo Championship in May. Given his recent struggles, however, he has still been pretty good at the Ryder Cup, winning at least two matches in each of his previous four appearances.

But McIlroy looked out of sorts on Friday, especially while playing with Poulter in a morning foursome match. He had an eagle in the four-ball loss with Lowry, but didn’t have a birdie to go with two bogeys. It was the first time McIlroy lost two Ryder Cup matches on the same day. He is now 11-11-4 in six appearances.

“The last two sessions, Xander and Patrick played wonderful, and I haven’t seen Tony putt as good as that in a long time,” McIlroy said. “When you have got a couple of pairs like that on form, on a difficult golf course where it’s sort of hard to make birdies and they go on runs, if you’re not quite 100% on your game, it’s tough.”

McIlroy isn’t in the lineup for Saturday morning’s foursomes; he played in all five matches in each of the last four Ryder Cups.

“He’s already a leader,” Harrington said. “You saw him out there after a tough day, he was out following those matches and supporting his team. He is very much a leader amongst his peers and I couldn’t have asked more from him during the year, I couldn’t have asked more from him today. Yeah, the golf didn’t go as well as he would have liked, but I’m not second-guessing him for a second in terms of his leadership and what he does for my team.”

Winners: The guys from Spain

Sergio Garcia buries a long putt and blows a kiss to the U.S. crowd.

The Spanish tandem of Rahm and Sergio Garcia was the only European team to earn a point in Friday morning’s foursomes, taking down Justin Thomas and Jordan Spieth, who were expected to be America’s strongest pairing. The Spaniards combined to make six birdies with just one bogey in the match.

“I think we could wager anything we could on who is going to make more putts, us or them, [and] we would have wagered [on] us,” Spieth said. “We caught a lot of lips, and they made about 150 feet of putts. Sometimes you run into a buzzsaw.”

Garcia, 41, tied Nick Faldo with 23 matches won overall, the most in Ryder Cup history. Garcia raised his career points record to 26.5. He also tied Bernhard Langer with his 11th foursome win, most in the event’s history.

Rahm was nearly as good playing with Hatton in the afternoon four-ball match, rallying from behind to tie a match with DeChambeau and Scheffler. Rahm birdied three of four holes on the back nine to keep the Europeans in contention.

English players make up half of the European team’s 12-man roster. It was not a good opening day for them. Paul Casey, Westwood, Fitzpatrick, Poulter, Hatton and Tommy Fleetwood went a combined 0-5-2.

At least Hatton made a 7-foot birdie putt to tie his four-ball match, earning a much-needed half-point for Europe.

“You’re never out of the fight,” Hatton said. “That was obviously huge for the team there at the end. And like Jon said, hopefully that can kind of turn the momentum our way … and hopefully we go into [Saturday] with momentum on our side. It’s obviously a good feeling to roll that one in on the last.”

Finau had to wait nearly five years to win for a second time on the PGA Tour, but he has made his mark at the Ryder Cup in only two appearances. After going 2-1 in the American team’s loss in Paris in 2018, Finau teamed with English to take down McIlroy and Lowry in a four-ball match. Finau had six birdies and carded eight 3s in 18 holes.

Earlier this week, he said the influx of youth and six rookies would give the Americans a better chance to win because they didn’t have “scar tissue” from losing so many previous Ryder Cups. Finau backed it up by playing extremely well in his opening match.

“I was really looking forward to being in front of our fans,” Finau said .”I love the energy and I love that type of adrenaline and just having that energy behind us. I haven’t had the opportunity to play in front of a home crowd in these international events. So I was just really looking forward to soaking that in, and we just kind of fed off them all day. We played some great golf together.” 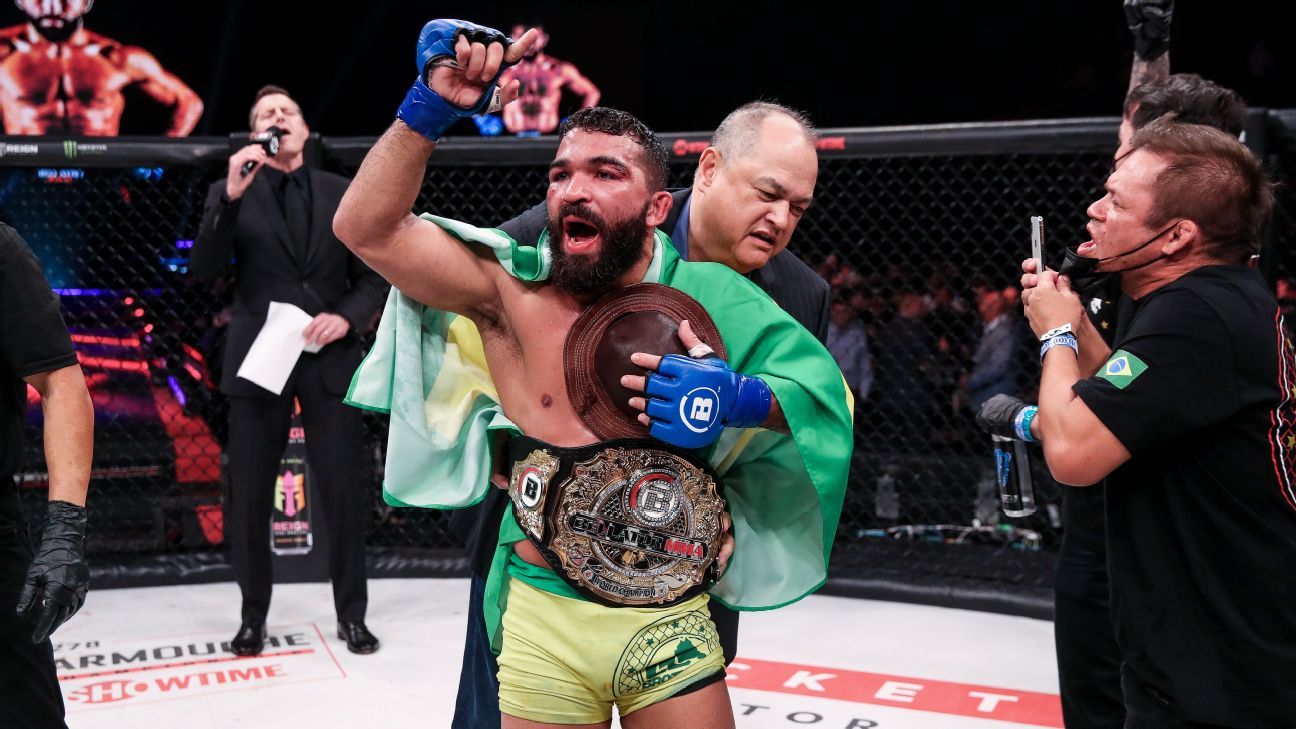 Bellator’s big fight season: Can Pitbull retain? Will McKee shine at 155? Anderson the P4P at 205?
4 mins ago

Bellator’s big fight season: Can Pitbull retain? Will McKee shine at 155? Anderson the P4P at 205? 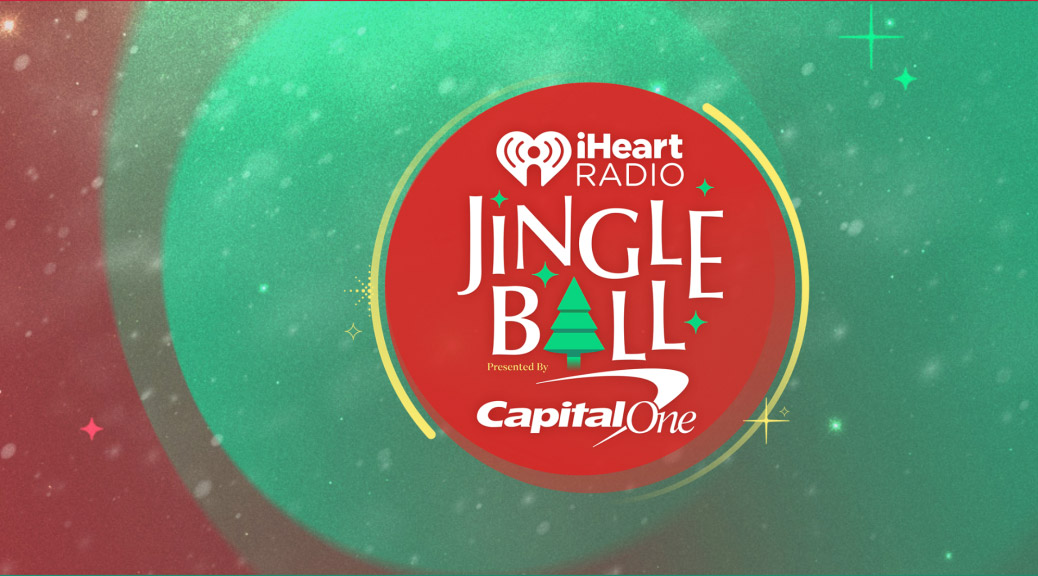 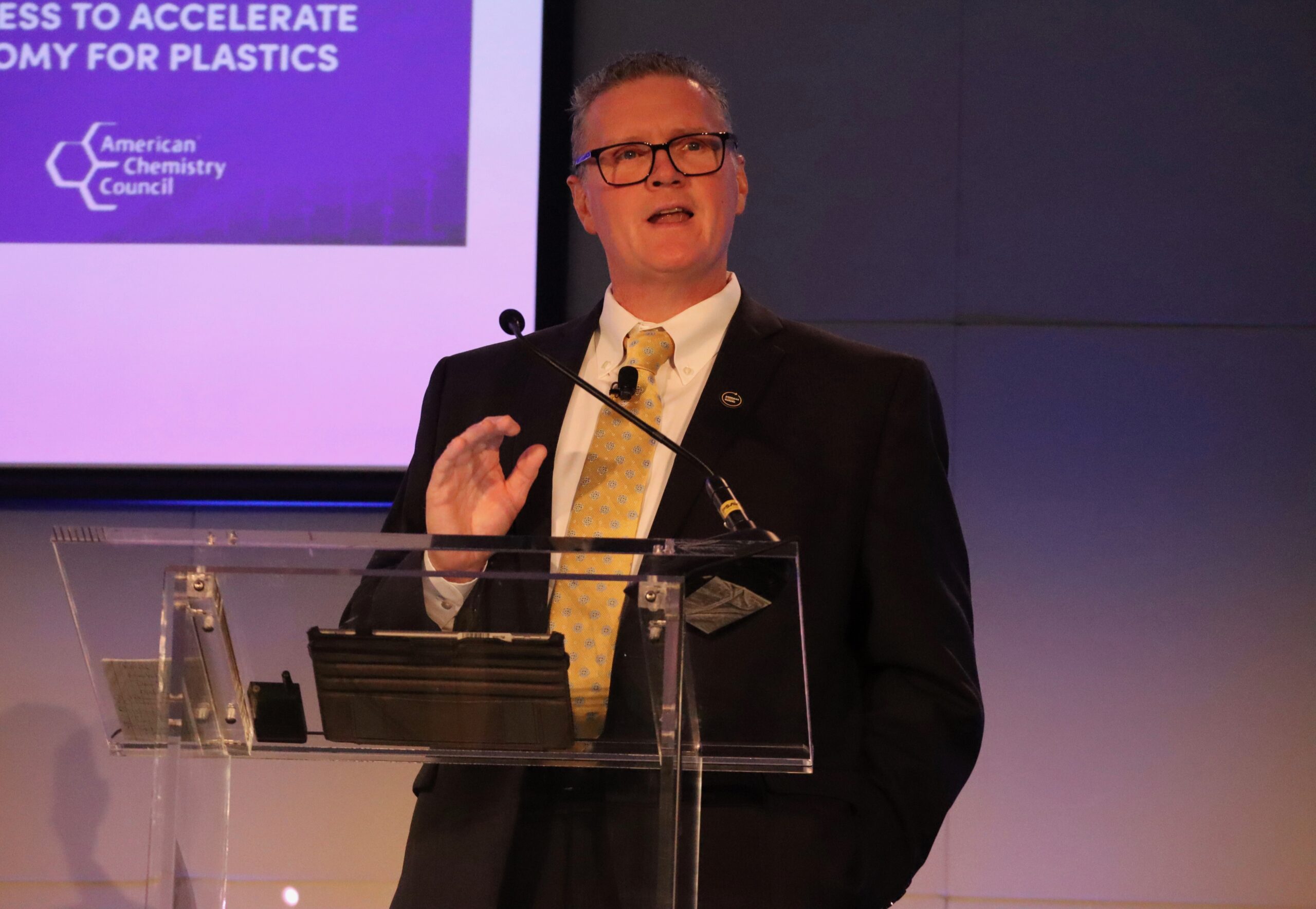