Volkswagen launched the 2021 ID.4 electric car earlier this year with an ambitious mission: To take on popular gasoline crossover SUVs like the Honda CR-V and Toyota RAV4 in a bid to capture the heart of the new-car market. However, the ID.4 was missing one thing.

One of the main reasons buyers choose crossovers over sedans and hatchbacks is the availability of all-wheel drive. At launch, the ID.4 didn’t have that. VW said an all-wheel drive ID.4 was on the way, though, and now the wait is over.

The 2021 Volkswagen ID.4 AWD adds a front-mounted electric motor to the rear-mounted motor used in the standard ID.4 to create a dual-motor all-wheel drive setup. In addition to providing more traction on slippery surfaces, the ID.4 AWD is also more powerful than the previous rear-wheel drive version.

VW is taking reservations for the AWD models now, and expects cars to start arriving at dealerships shortly. Cars will initially be imported from Zwickau, Germany, but VW plans to start building them in Chattanooga, Tennessee, later in 2022.

The ID.4 AWD is visually identical to the standard ID.4, meaning it looks more like a jacked-up hatchback than a true SUV. The ID.4 has roughly the same footprint as a small SUV (as well as the requisite plastic body cladding), but its profile is more streamlined and carlike than the Honda CR-V, Toyota RAV4, or even VW’s own Tiguan. That’s good for aerodynamics, but also means you don’t get the same commanding view of the road, or generous rear visibility, as you do in those vehicles.

The ID.4 shares VW’s MEB platform with the European-market ID.3 hatchback. VW opted to bring the ID.4 to the United States rather than the ID.3 because U.S. car buyers generally prefers SUVs over hatchbacks, but the two are so similar looking that it’s unclear if car shoppers will notice the difference. Granted, styling that blurs the line between car and SUV seems to be the trend among EVs, as evidenced by the Chevrolet Bolt EUV, Ford Mustang Mach-E, and Hyundai Kona Electric, among others.

Interior space remains unchanged from the rear-wheel drive ID.4, meaning you get more room for passengers and cargo than you do in most other EVs, but less than the gasoline SUVs VW considers to be the competition. The ID.4 does have more front headroom than the Honda CR-V or Toyota RAV4, but less rear headroom, as well as less legroom in both rows. The VW’s 30.3 cubic feet of cargo space with the rear seats up and 64.2 cubic feet with the rear seats folded both trail the Honda and Toyota, but beat similarly priced EVs.

As with the standard ID.4, the ID.4 AWD’s interior styling puts a high-tech spin on VW’s traditional minimalism. A lack of analog controls means there is even less clutter than in VW’s gasoline models, and we appreciate that VW kept glare-inducing piano black plastic trim to a minimum. However, even the top Pro S model has a cabin clad in cheap-looking plastic, and well as leatherette, rather than real leather, upholstery.

As with the rear-wheel drive ID.4, the all-wheel drive version gets a standard 10.0-inch infotainment touchscreen (a 12.0-inch screen is also available) and 5.3-inch digital instrument cluster. Wireless Apple CarPlay and Android Auto are standard as well, and the ID.4 can be equipped with USB-C ports for each row.

We still like the layout of the touchscreen, which can switch from a smartphone-like array of icons to a split-screen layout that’s more like traditional car infotainment screens. However, our experience with the haptic controls for functions like temperature and audio volume wasn’t any better than during our last ID.4 test drive. They may give the cabin a high-tech look, but analog buttons and knobs would work better. VW did include a natural-language voice-recognition system, at least.

Haptic controls give the cabin a high-tech look, but analog buttons and knobs would work better.

We did at least find a use for ID Light, the light strip at the base of the windshield used to communicate messages to the driver. While our last ID.4 test drive was done on familiar roads, this time we needed to use the navigation system. ID Light helpfully blinked ahead of each turn.

The dual-motor powertrain includes the same rear motor used in the standard ID.4, which is good for 201 horsepower and 228 pound-feet of torque. The added front motor produces 107 hp and 119 lb.-ft. of torque. VW quotes a total system output of 295 hp and  339 lb;-ft. It’s not accurate to simply add the outputs of the two motors together because they develop peak power at different speeds.

The extra power slashes the zero-to-60 mph speed from around 7.0 seconds for the rear-wheel drive ID.4 to 5.4 seconds for the all-wheel drive version, according to VW. That’s fairly quick, but still not very impressive compared to other EVs. Even base versions of the Ford Mustang Mach-E, Tesla Model Y, and Volvo XC40 Recharge dip below 5.0 seconds, according to their manufacturers.

The electric VW has a confidence-inspiring stability in corners.

The ID.4 AWD still felt plenty quick, however, and handled nicely as well. The electric VW has a confidence-inspiring stability in corners, and a smooth ride on less-than-smooth road surfaces. However, unlike the Mach E and Model Y, the ID.4 makes no effort to be sporty. In more aggressive cornering, its composure crumbled away, as the steering and suspension couldn’t keep up. Based on what we’ve seen, though, we’d love to see VW attempt an electric equivalent of the Golf GTI hot hatchback with the ID.4 as a base.

VW also quotes a maximum towing capacity of 2,700 pounds, compared to 2,200 pounds for the rear-wheel drive model. That’s not a lot, but still more than a Volvo XC40 Recharge.

Charging takes 7.5 hours using a 240-volt Level 2 AC source, while standard DC fast charging allows the ID.4 to go from a 5% charge to an 80% charge in 38 minutes, according to VW. All ID.4 models get three years of free fast charging on the VW-owned Electrify America network.

How DT would configure this car

Not much separates the ID.4 AWD Pro S from the base Pro trim level, but it does get the larger 12.0-inch touchscreen, so that’s the one we’d have. It also gets extras like a panoramic glass roof, power liftgate, and a light-up VW logo. We’d also go for the optional Gradient Package, which adds 20-inch wheels, a black roof with silver side accents, and silver trim on the front and rear bumpers. Those small styling changes make a big difference, in our opinion.

The addition of all-wheel drive makes the ID.4 a more credible competitor to other crossover SUVs — both electric and gasoline.

Whether it’s the Honda CR-V and Toyota RAV4 on the internal-combustion side, or the Ford Mustang Mach-E and Tesla Model Y on the electric side, all-wheel drive is a given in vehicles like this. While the rear-wheel drive ID.4 was a decent car, VW needed the option of all-wheel drive to achieve parity. The ID.4 AWD’s extra power and quicker acceleration are nice bonus, too.

As far as the rest of the car goes, the ID.4 still falls short of gasoline crossovers on interior space, but offers a more high-tech look and feel. The Mach-E and Model Y offer a sportier driving experience and can be configured for more than 300 miles of range, but you’ll have to pay a lot more to get that.

The 2022 Chevrolet Bolt EUV is also marketed as a crossover, but still lacks all-wheel drive, and has substantially less cargo space than the ID.4. At 247 miles, the Bolt EUV doesn’t have a clear advantage on range, either. However, the Chevy does boast more legroom in both rows, and more sophisticated driver-assist tech. It also has a much lower base price of $33,995, but Chevy no longer qualifies for the $7,500 federal tax credit. At press time, sales have also been temporarily halted due to a battery recall.

Given all that, the ID.4 AWD represents a sweet spot for EVs right now. While other EVs excel in specific areas, it covers all the bases.

Should you get one? Your Investments vs. a Bear Market: How to Come Out on Top | The Motley Fool
2 mins ago

Twilio gets hacked, teens ditch Facebook, and SpaceX takes South Korea to the moon – US News Mail Tech
3 mins ago 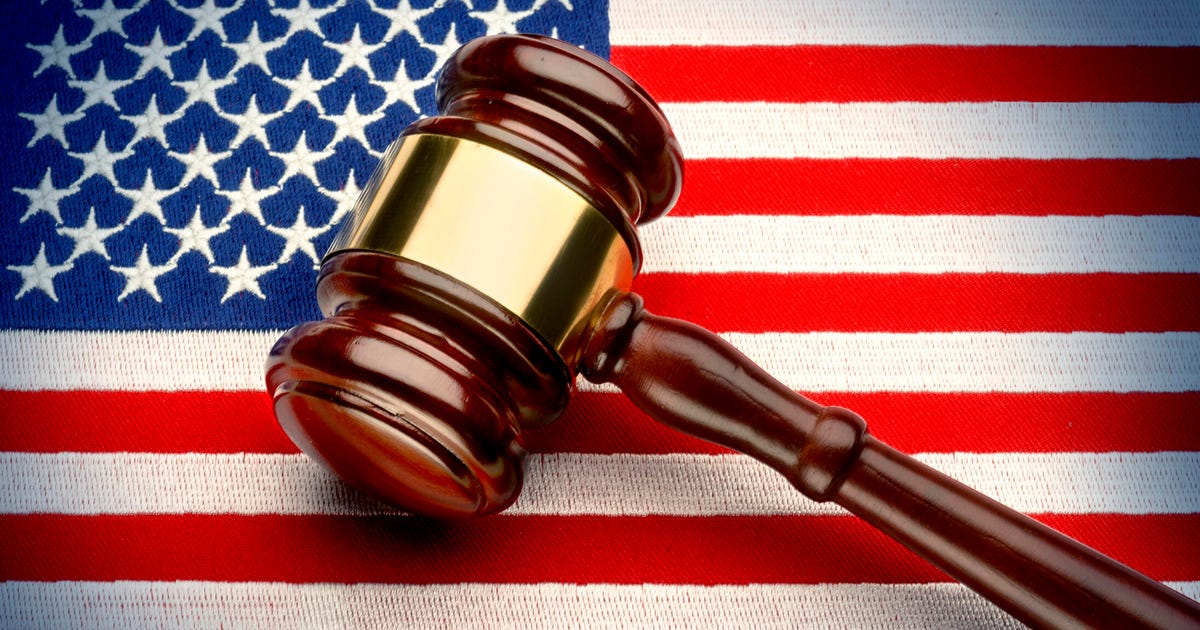 Abortion Laws State by State: Where Is Abortion Banned in the US in 2022?
16 mins ago

Abortion Laws State by State: Where Is Abortion Banned in the US in 2022?