All over the world, countries are confronting population stagnation and a fertility bust, a dizzying reversal unmatched in recorded history that will make first-birthday parties a rarer sight than funerals, and empty homes a common eyesore.

Maternity wards are already shutting down in Italy. Ghost cities are appearing in northeastern China. Universities in South Korea can’t find enough students, and in Germany, hundreds of thousands of properties have been razed, with the land turned into parks.

Like an avalanche, the demographic forces — pushing toward more deaths than births — seem to be expanding and accelerating. Though some countries continue to see their populations grow, especially in Africa, fertility rates are falling nearly everywhere else. Demographers now predict that by the latter half of the century or possibly earlier, the global population will enter a sustained decline for the first time.

A planet with fewer people could ease pressure on resources, slow the destructive impact of climate change and reduce household burdens for women. But the census announcements this month from China and the United States, which showed the slowest rates of population growth in decades for both countries, also point to hard-to-fathom adjustments.

The strain of longer lives and low fertility, leading to fewer workers and more retirees, threatens to upend how societies are organized — around the notion that a surplus of young people will drive economies and help pay for the old. It may also require a reconceptualization of family and nation. Imagine entire regions where everyone is 70 or older. Imagine governments laying out huge bonuses for immigrants and mothers with lots of children. Imagine a gig economy filled with grandparents and Super Bowl ads promoting procreation.

“A paradigm shift is necessary,” said Frank Swiaczny, a German demographer who was the chief of population trends and analysis for the United Nations until last year. “Countries need to learn to live with and adapt to decline.”

The ramifications and responses have already begun to appear, especially in East Asia and Europe. From Hungary to China, from Sweden to Japan, governments are struggling to balance the demands of a swelling older cohort with the needs of young people whose most intimate decisions about childbearing are being shaped by factors both positive (more work opportunities for women) and negative (persistent gender inequality and high living costs).

The 20th century presented a very different challenge. The global population saw its greatest increase in known history, from 1.6 billion in 1900 to 6 billion in 2000, as life spans lengthened and infant mortality declined. In some countries — representing about a third of the world’s people — those growth dynamics are still in play. By the end of the century, Nigeria could surpass China in population; across sub-Saharan Africa, families are still having four or five children.

But nearly everywhere else, the era of high fertility is ending. As women have gained more access to education and contraception, and as the anxieties associated with having children continue to intensify, more parents are delaying pregnancy and fewer babies are being born. Even in countries long associated with rapid growth, such as India and Mexico, birthrates are falling toward, or are already below, the replacement rate of 2.1 children per family.

The change may take decades, but once it starts, decline (just like growth) spirals exponentially. With fewer births, fewer girls grow up to have children, and if they have smaller families than their parents did — which is happening in dozens of countries — the drop starts to look like a rock thrown off a cliff.

“It becomes a cyclical mechanism,” said Stuart Gietel Basten, an expert on Asian demographics and a professor of social science and public policy at the Hong Kong University of Science and Technology. “It’s demographic momentum.”

Some countries, like the United States, Australia and Canada, where birthrates hover between 1.5 and 2, have blunted the impact with immigrants. But in Eastern Europe, migration out of the region has compounded depopulation, and in large parts of Asia, the “demographic time bomb” that first became a subject of debate a few decades ago has finally gone off.

South Korea’s fertility rate dropped to a record low of 0.92 in 2019 — less than one child per woman, the lowest rate in the developed world. Every month for the past 59 months, the total number of babies born in the country has dropped to a record depth.

That declining birthrate, coupled with a rapid industrialization that has pushed people from rural towns to big cities, has created what can feel like a two-tiered society. While major metropolises like Seoul continue to grow, putting intense pressure on infrastructure and housing, in regional towns it’s easy to find schools shut and abandoned, their playgrounds overgrown with weeds, because there are not enough children.

Expectant mothers in many areas can no longer find obstetricians or postnatal care centers. Universities below the elite level, especially outside Seoul, find it increasingly hard to fill their ranks — the number of 18-year-olds in South Korea has fallen from about 900,000 in 1992 to 500,000 today. To attract students, some schools have offered scholarships and even iPhones.

To goose the birthrate, the government has handed out baby bonuses. It increased child allowances and medical subsidies for fertility treatments and pregnancy. Health officials have showered newborns with gifts of beef, baby clothes and toys. The government is also building kindergartens and day care centers by the hundreds. In Seoul, every bus and subway car has pink seats reserved for pregnant women.

But this month, Deputy Prime Minister Hong Nam-ki admitted that the government — which has spent more than $178 billion over the past 15 years encouraging women to have more babies — was not making enough progress. In many families, the shift feels cultural and permanent.

“My grandparents had six children, and my parents five, because their generations believed in having multiple children,” said Kim Mi-kyung, 38, a stay-at-home parent. “I have only one child. To my and younger generations, all things considered, it just doesn’t pay to have many children.”

Thousands of miles away, in Italy, the sentiment is similar, with a different backdrop.

In Capracotta, a small town in southern Italy, a sign in red letters on an 18th-century stone building looking on to the Apennine Mountains reads “Home of School Kindergarten” — but today, the building is a nursing home.

Residents eat their evening broth on waxed tablecloths in the old theater room.

“There were so many families, so many children,” said Concetta D’Andrea, 93, who was a student and a teacher at the school and is now a resident of the nursing home. “Now there is no one.”

The population in Capracotta has dramatically aged and contracted — from about 5,000 people to 800. The town’s carpentry shops have shut down. The organizers of a soccer tournament struggled to form even one team.

About a half-hour away, in the town of Agnone, the maternity ward closed a decade ago because it had fewer than 500 births a year, the national minimum to stay open. This year, six babies were born in Agnone.

“Once you could hear the babies in the nursery cry, and it was like music,” said Enrica Sciullo, a nurse who used to help with births there and now mostly takes care of older patients. “Now there is silence and a feeling of emptiness.”

In a speech last Friday during a conference on Italy’s birthrate crisis, Pope Francis said the “demographic winter” was still “cold and dark.”

More people in more countries may soon be searching for their own metaphors. Birth projections often shift based on how governments and families respond, but according to projections by an international team of scientists published last year in The Lancet, 183 countries and territories — out of 195 — will have fertility rates below replacement level by 2100.

Their model shows an especially sharp decline for China, with its population expected to fall from 1.41 billion now to about 730 million in 2100. If that happens, the population pyramid would essentially flip. Instead of a base of young workers supporting a narrower band of retirees, China would have as many 85-year-olds as 18-year-olds.

China’s rust belt, in the northeast, saw its population drop by 1.2 percent in the past decade, according to census figures released on Tuesday. In 2016, Heilongjiang Province became the first in the country to have its pension system run out of money. In Hegang, a “ghost city” in the province that has lost almost 10 percent of its population since 2010, homes cost so little that people compare them to cabbage.

Many countries are beginning to accept the need to adapt, not just resist. South Korea is pushing for universities to merge. In Japan, where adult diapers now outsell ones for babies, municipalities have been consolidated as towns age and shrink. In Sweden, some cities have shifted resources from schools to elder care. And almost everywhere, older people are being asked to keep working. Germany, which previously raised its retirement age to 67, is now considering a bump to 69.

Going further than many other nations, Germany has also worked through a program of urban contraction: Demolitions have removed around 330,000 units from the housing stock since 2002.

And if the goal is revival, a few green shoots can be found. After expanding access to affordable child care and paid parental leave, Germany’s fertility rate recently increased to 1.54, up from 1.3 in 2006. Leipzig, which once was shrinking, is now growing again after reducing its housing stock and making itself more attractive with its smaller scale.

“Growth is a challenge, as is decline,” said Mr. Swiaczny, who is now a senior research fellow at the Federal Institute for Population Research in Germany.

Demographers warn against seeing population decline as simply a cause for alarm. Many women are having fewer children because that’s what they want. Smaller populations could lead to higher wages, more equal societies, lower carbon emissions and a higher quality of life for the smaller numbers of children who are born.

But, said Professor Gietel Basten, quoting Casanova: “There is no such thing as destiny. We ourselves shape our lives.”

The challenges ahead are still a cul-de-sac — no country with a serious slowdown in population growth has managed to increase its fertility rate much beyond the minor uptick that Germany accomplished. There is little sign of wage growth in shrinking countries, and there is no guarantee that a smaller population means less stress on the environment.

Many demographers argue that the current moment may look to future historians like a period of transition or gestation, when humans either did or did not figure out how to make the world more hospitable — enough for people to build the families that they want.

Surveys in many countries show that young people would like to be having more children, but face too many obstacles.

Anna Parolini tells a common story. She left her small hometown in northern Italy to find better job opportunities. Now 37, she lives with her boyfriend in Milan and has put her desire to have children on hold.

She is afraid her salary of less than 2,000 euros a month would not be enough for a family, and her parents still live where she grew up.

“I don’t have anyone here who could help me,” she said. “Thinking of having a child now would make me gasp.” 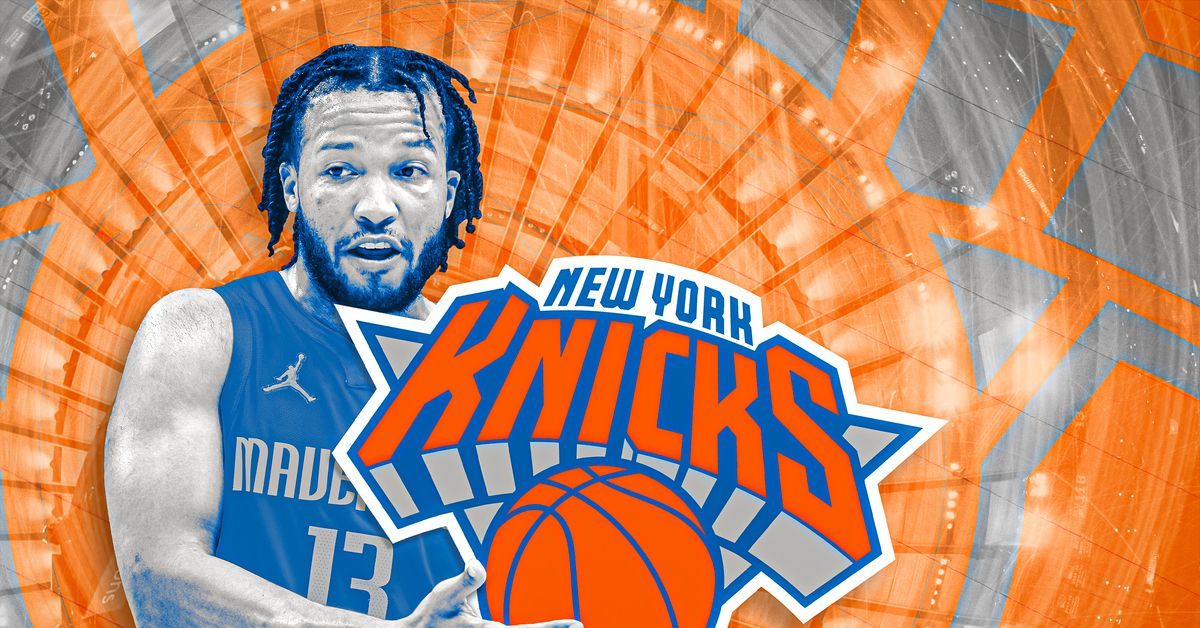 Can Jalen Brunson Stabilize the Knicks?
8 mins ago

Can Jalen Brunson Stabilize the Knicks? 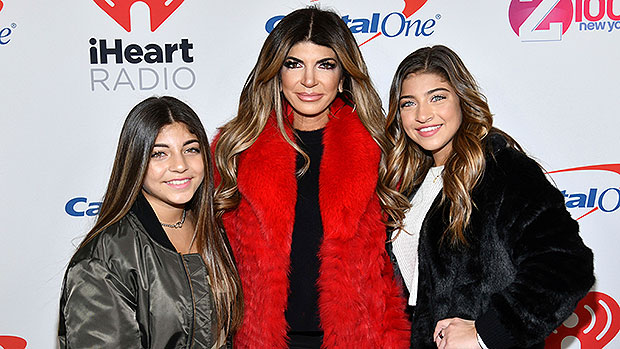